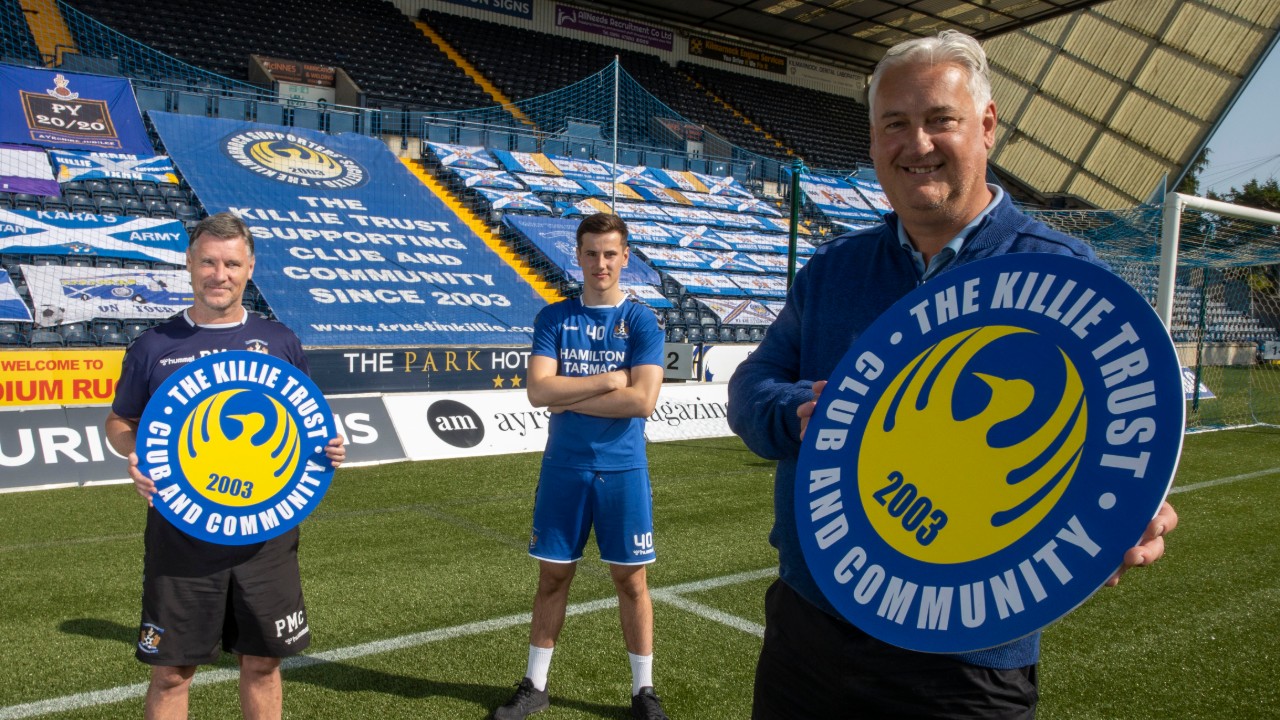 We are delighted to announce The Killie Trust as the official partners of our Youth Academy, following an overwhelmingly positive vote by Trust members.

The partnership will see The Killie Trust inject £36,000 into our youth programme over the next two years after 98% of members backed the proposal.

It marks the latest initiative between the club and the Trust and aligns with their mission to “promote, develop and support Kilmarnock Football Club” and their logo will adorn the front of the shirts worn by our Academy sides.

The donations and generosity from the ‘Trust in Killie’ project has been overwhelming since the Coronavirus-enforced shutdown of football and that vital support has grown over recent months with all the money raised being utilised for the benefit of Kilmarnock FC.

Prominent former players with strong links to the Academy, Paul Clarke, Garry Hay and Alan Robertson lent their backing to the proposal, reiterating the critical role the Academy has long played at our club alongside the financial challenges currently being faced.

The Trust has a history of supporting our development of the next generation of Killie stars with their ‘Fifty for the Future’ campaign helping to raise significant funds for the Academy in 2004.

Academy Director Paul McDonald said: “It is a huge boost and this cements the partnership between the supporters and the Academy and brings groups together within the club so we’re absolutely delighted.

“The Killie Trust play a massive part in the football club and now hopefully over the next two years and beyond, they can play a part in the production and development of our young players.”

Jim Thomson, chair of the Trust, stated: “The Trust have a long-standing affiliation with the Academy are we’re absolutely delighted to once again support the tremendous work being carried out by all the Academy staff.

“This is a vital department which links the club and our community and we look forward to seeing the next generation of Academy graduates coming through.”