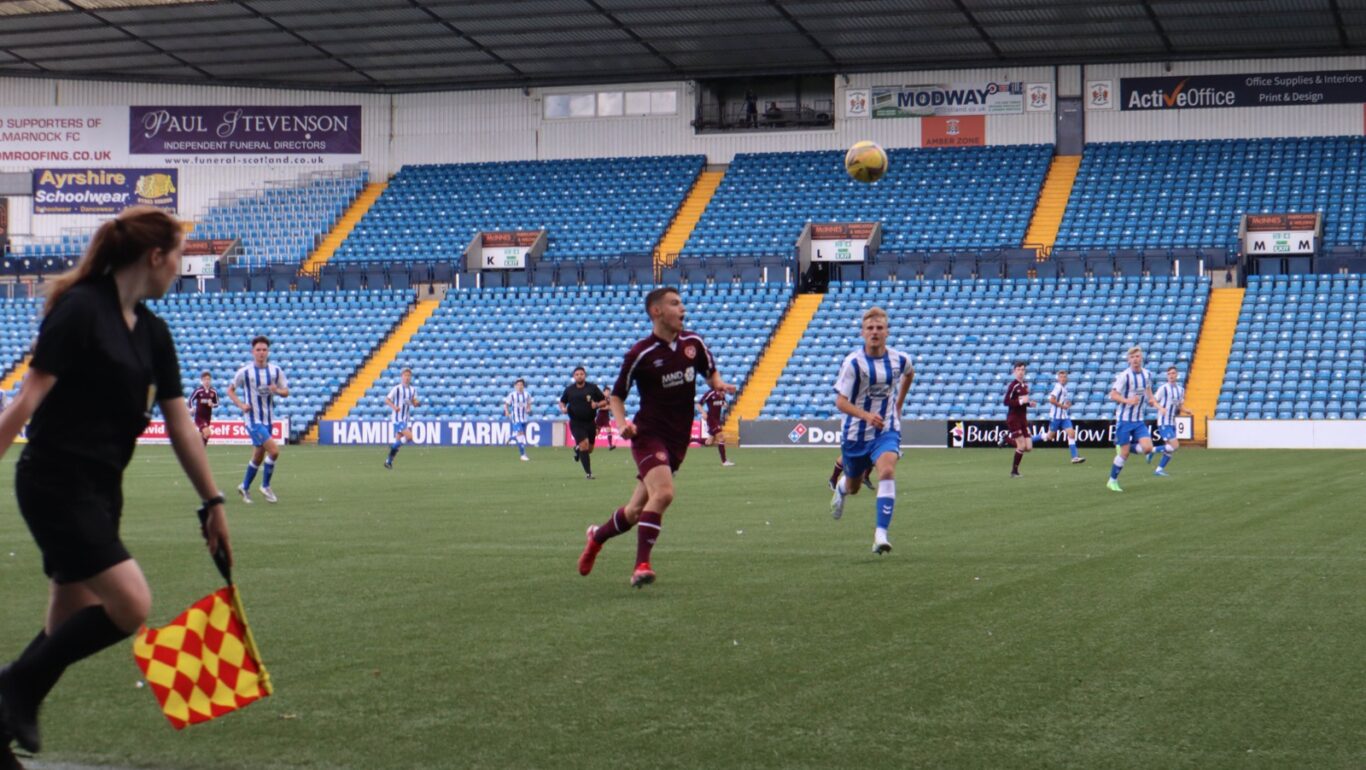 Killie’s U18s claimed an impressive 2-1 victory over Hearts in our opening home match of the Club Academy Scotland 18s League.

Craig Clark’s team consisted of members of our victorious U17s CAS Cup winners (Rob Miller, David Watson, Lyall Holding and Kian Leslie) alongside the likes of Charlie McArthur and Jon Craig who spent time with the first team during our pre season trip to Northern Ireland.

Hearts took the lead after 30 minutes in torrential rain at Rugby Park as Mackenzie Kirk headed home from close range.

Jon Craig struck just before the break as a free kick sailed to the back post and the left back finished well to leave Harris Spratt in the Hearts goal with little chance.

A competitive second half yielded plenty of chances and it was Killie who grabbed the winner with ten minutes left when substitute Cameron Mulvanney found himself in plenty of space before finishing well at the Moffat Stand end.