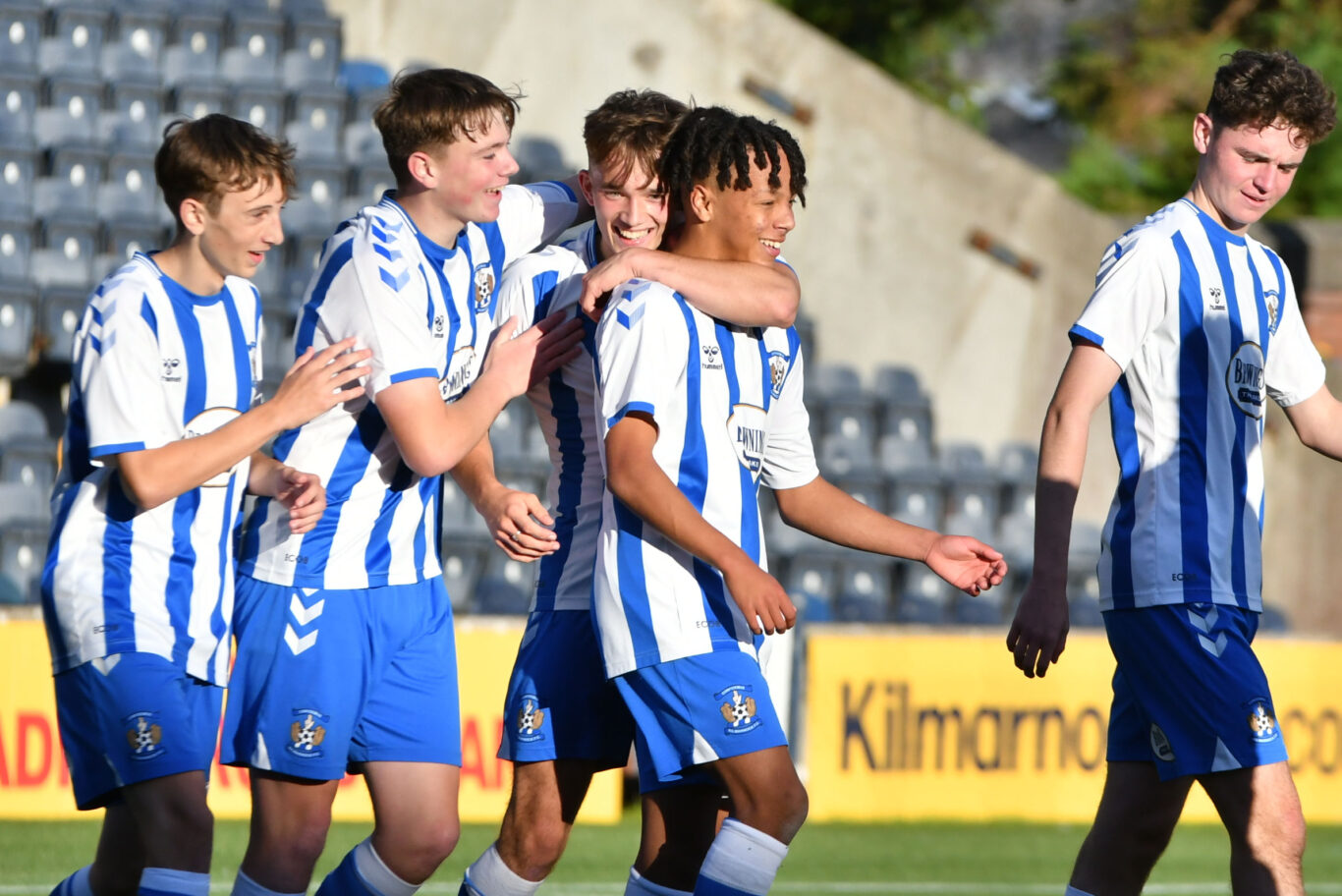 Kilmarnock U18s produced a wonderful team performance as a blistering early start helped them to a 4-2 victory over Celtic at Rugby Park.

Doubles from Kian Leslie and Jamie Kirkpatrick gave the home side all three points as they flew out of the traps to go 2-0 up within the first 10 minutes.

Kian Leslie started it all as his supporting run to the back post was rewarded as he volleyed past the Celtic goalkeeper in the opening minutes of the match.

All the goals from the Killie Kids 🔵⚪️ pic.twitter.com/vceVljm6t0

Killie were going for the kill and Leslie was once again at the heart of it all. His direct running was halted in crude fashion inside the penalty area and Jamie Kirkpatrick stepped up to dispatch the spot kick with confidence.

After such a fantastic start, it was no surprise to see the match settle down with Lyall Holding producing some fine defending at the heart of the home defence.

Full of confidence, Craig Clark’s side were moving the ball around the pitch with pace and purpose with the front pairing of Aaron Brown and Jamie Kirkpatrick leading the line well.

And after Celtic had pulled a goal back, it was Brown’s solo run which saw Killie win their second penalty of the game, which Kirkpatrick lashed home once more to restore our two-goal lead.

It wouldn’t last long as Celtic drove down their left flank and the cross deflected past the Killie keeper for an unfortunate own goal minutes before the break.

In what was a thrilling contest, the diminuitive but dangerous Kian Leslie rose in the box to head in his second of the match following a well-worked move.

Those in blue and white continued to battle for every single ball, showing skill and determination in equal measure with O’Connor in goal responding well when called upon.

And after enduring some tough encounters in recent games, Killie could enjoy themselves in the clsoing stages as they saw out the match in comfort.