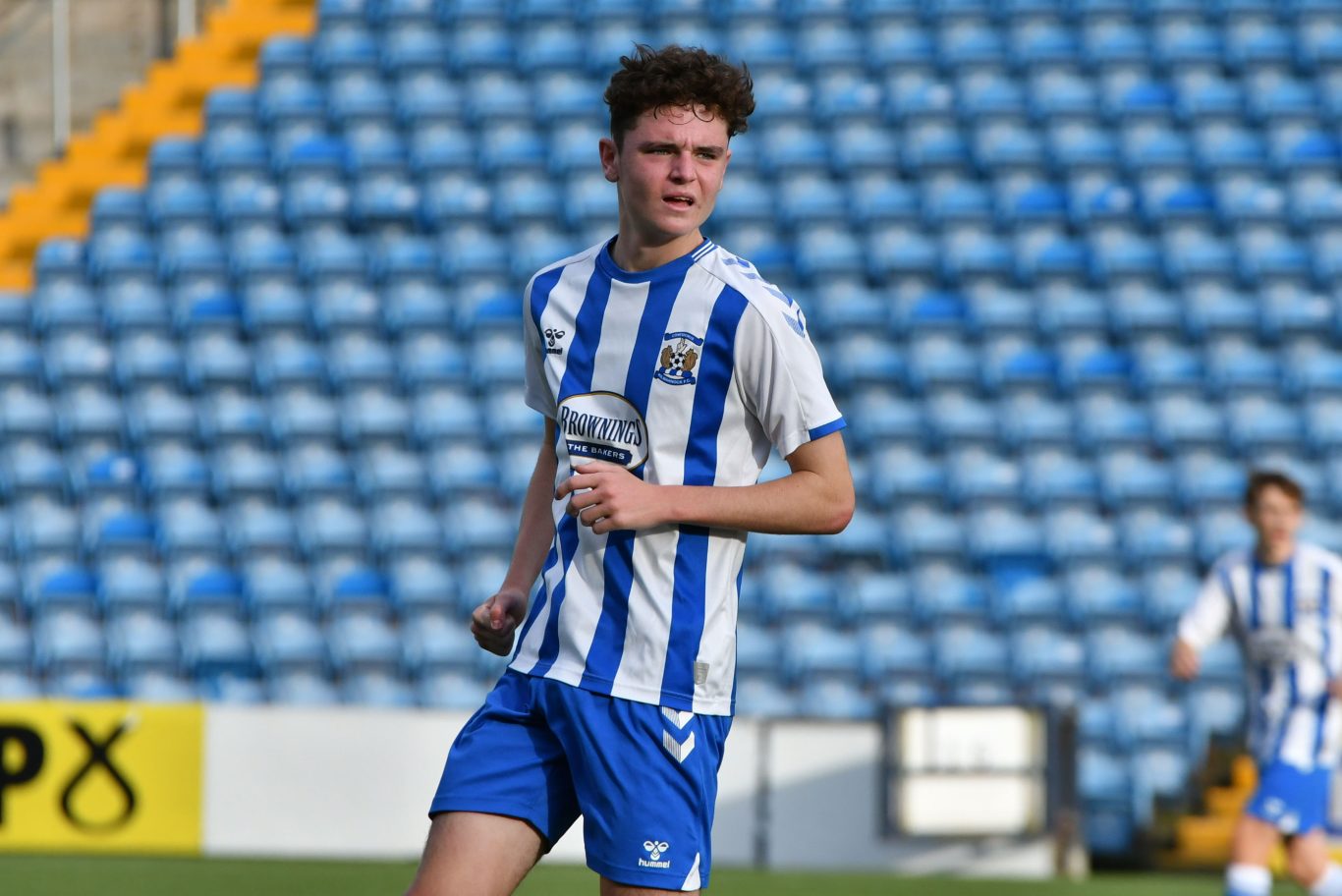 Kilmarnock U18s enjoyed better fortunes in Friday Night Football than their first-team counterparts as they ran out 3-1 winners over Dundee United at the BBSP Stadium, Rugby Park.

A double from Bobby Wales and one from Cameron Mulvanny saw off the Terrors in an entertaining clash.

United thought they had opened the scoring after 13 minutes only for the officials to award a foul in Killie’s favour.

Craig Clark’s team made the most of that call as they went 1-0 ahead on 22 minutes.

Charlie McArthur’s inswinging cross was met by Bobby Wales who directed his header into the far post.

Rather than be discouraged by the setback, Killie flew out the traps in the second period with two goals in as many minutes.

Cameron Mulvanny found himself one-on-one with the goalkeeper and the Killie man came out on top to make it 2-1 on 46 minutes.

Seconds later and we had doubled our advatange with Wales scoring his second of the match with a shot from outside the box.

Aiden Glavin produced a fine late save to maintain our two-goal lead and the team were able to see out matters for a fine three points.