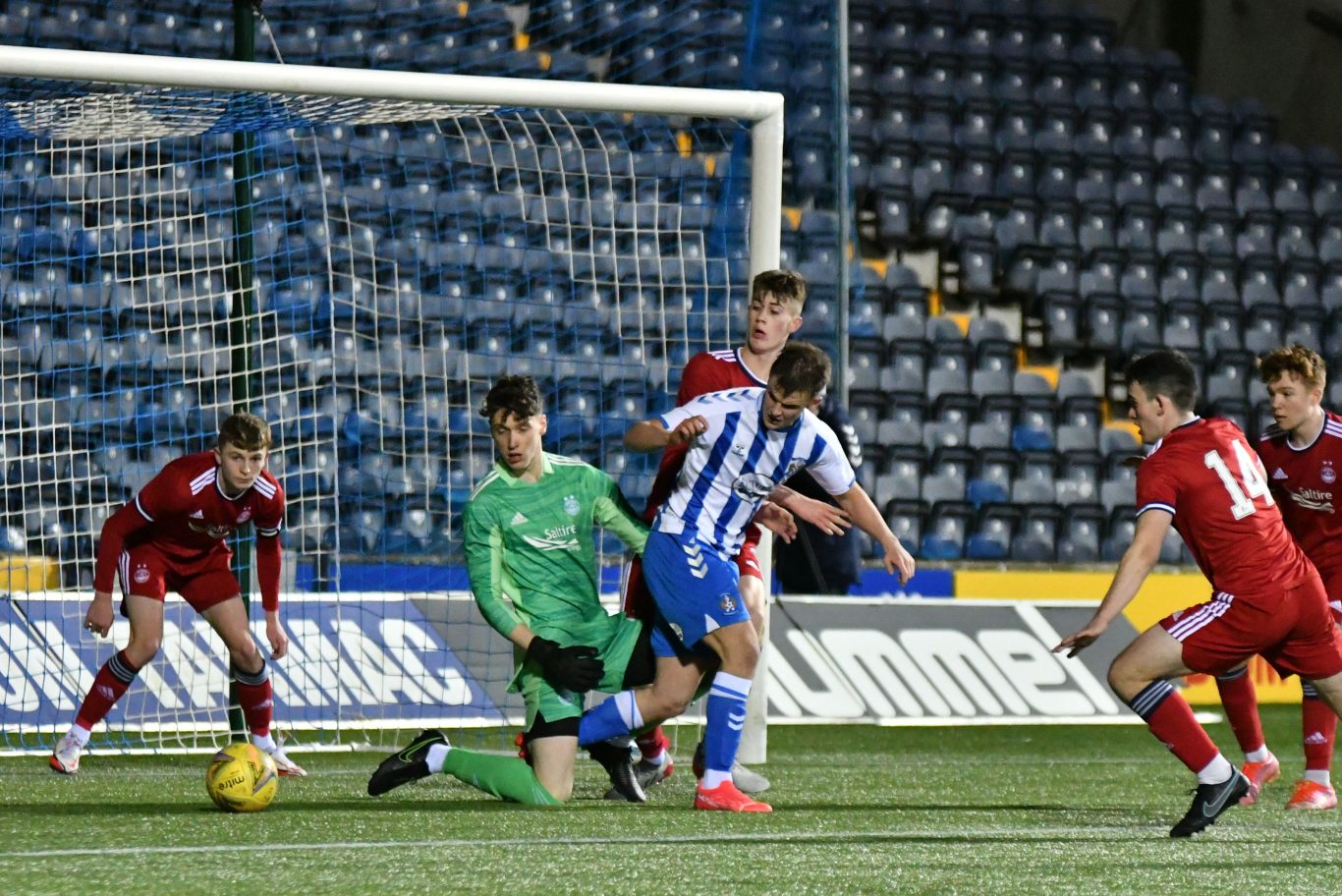 After a blistering start Kilmarnock U18s were undone by a second-half Aberdeen comeback at the BBSP Stadium, Rugby Park.

Early goals from Kian Leslie and a penalty from Jamie Kirkpatrick put Killie two goals to the good before the young Dons hit back to run out 3-2 winners.

Leslie was on hand to score the opener on 3 minutes after Bobby Wales used his head to control Kirk McKnight’s long throw and then set up the winger to finish.

It was 2-0 to Craig Clark’s team after 6 minutes as Kirkpatrick stepped up after being barged in the box and he thumped his spot kick past the Aberdeen keeper with real conviction.

Cammy Wilson reduced the deficit before half time after Glavin could only parry Adam Emslie’s shot.

It was 2-2 just seconds into the second period as Alfie Bavidge provided the finishing touch to another assist from Emslie.

Cameron Mulvanny and Bobby Wales both went close for Killie but it was the visitors who grabbed the all important next goal.

Bavidge and Emslie combined to feed Alfie Stewart and his curling shot left Glavin with little chance in the home goal.

Killie weren’t able to recover before the referee sounded the full time whistle on a sore home loss.