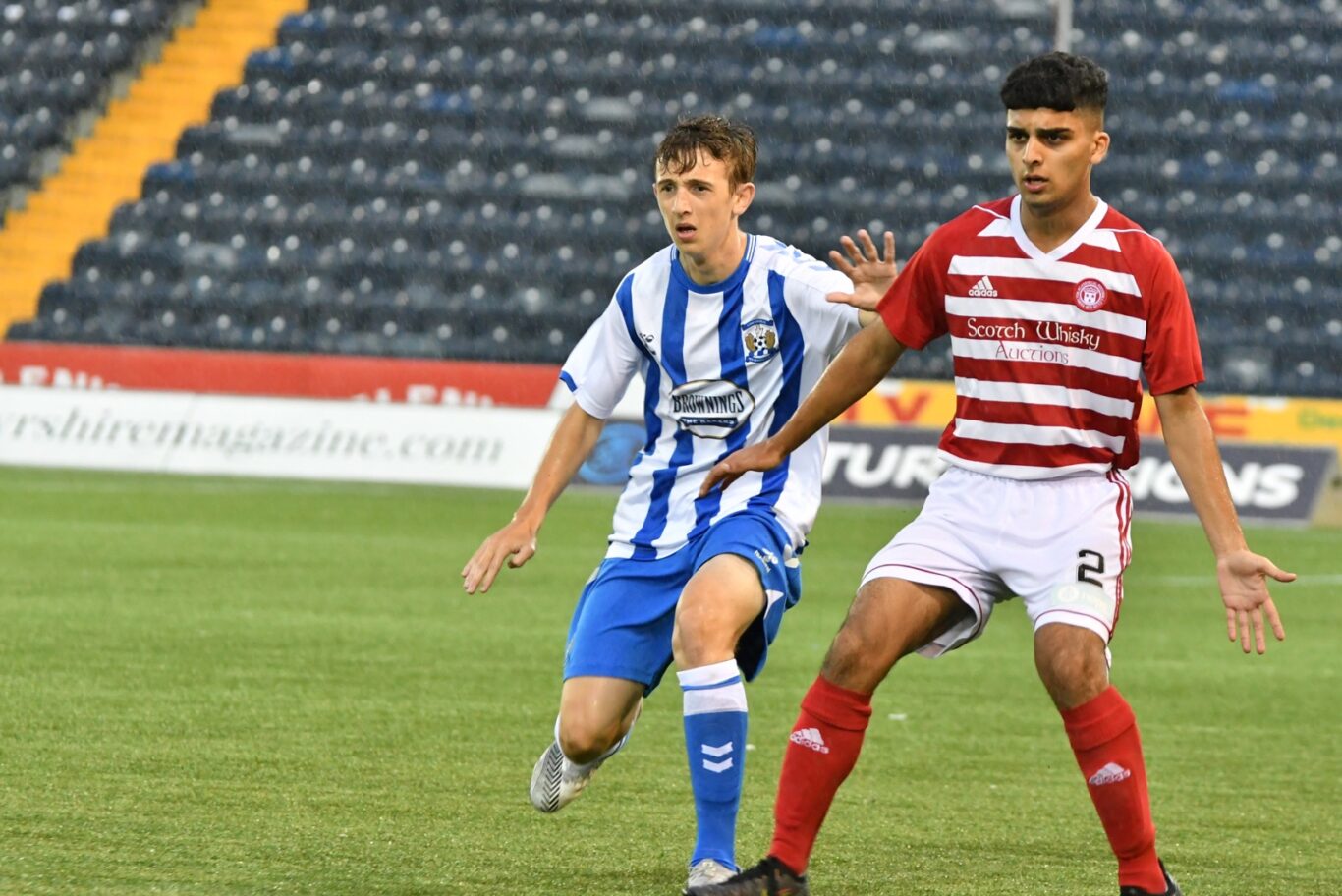 The pair struck in the first half at Rugby Park as new Interim Head of Academy Paul Di Giacomo watched on from the stands.

Craig Clark’s team were on the front foot early on and it was little surprise when they took the lead through Wales’ smart finish.

For all their early dominance, Killie almost let that lead slip with George O’Connor producing a fine fingertip save to keep a close range header out.

The goalkeeper was spared from making an error with his kicking only for the officials to rule it out for an infringement by the visiting forward.

Instead it was Killie who went 2-0 ahead as Kian Leslie put the finishing tough on a slick forward move.

Leslie almost set up a third goal for the hosts but Aaron Brown’s finish was chalked off for offside.

Hamilton did come back into the match and found some hope when a powerful strike beat O’Connor from distance.

The hosts had to dig in to hold what they had and after a late flurry of chances for both teams, they did just that to take all three points.