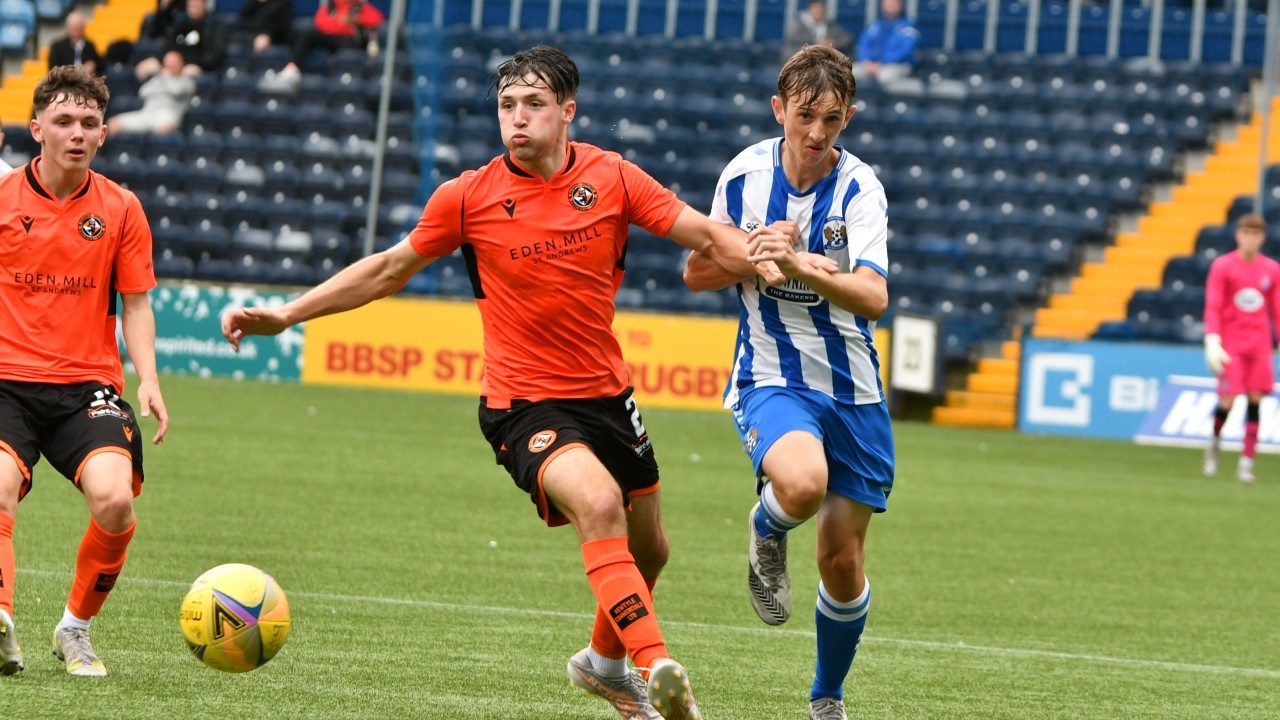 Substitute Jacob Long’s goal proved to be a consolation as Killie’s U18s lost out to their Dundee United counterparts as a strong second-half showing from the young Terrors saw them take all three points back to Tayside.

Jacob Comerford, Rory MacLeod and Stuart Heenan found the net after the interval following an opening 45 minutes where there was little between the teams.

United who took the lead from a set play from the right as the ball evaded George O’Connor in the Killie goal and Comerford was on hand to head into the empty net.

It was 2-0 minutes later as Bisland’s cross was flicked in by substitute MacLeod.