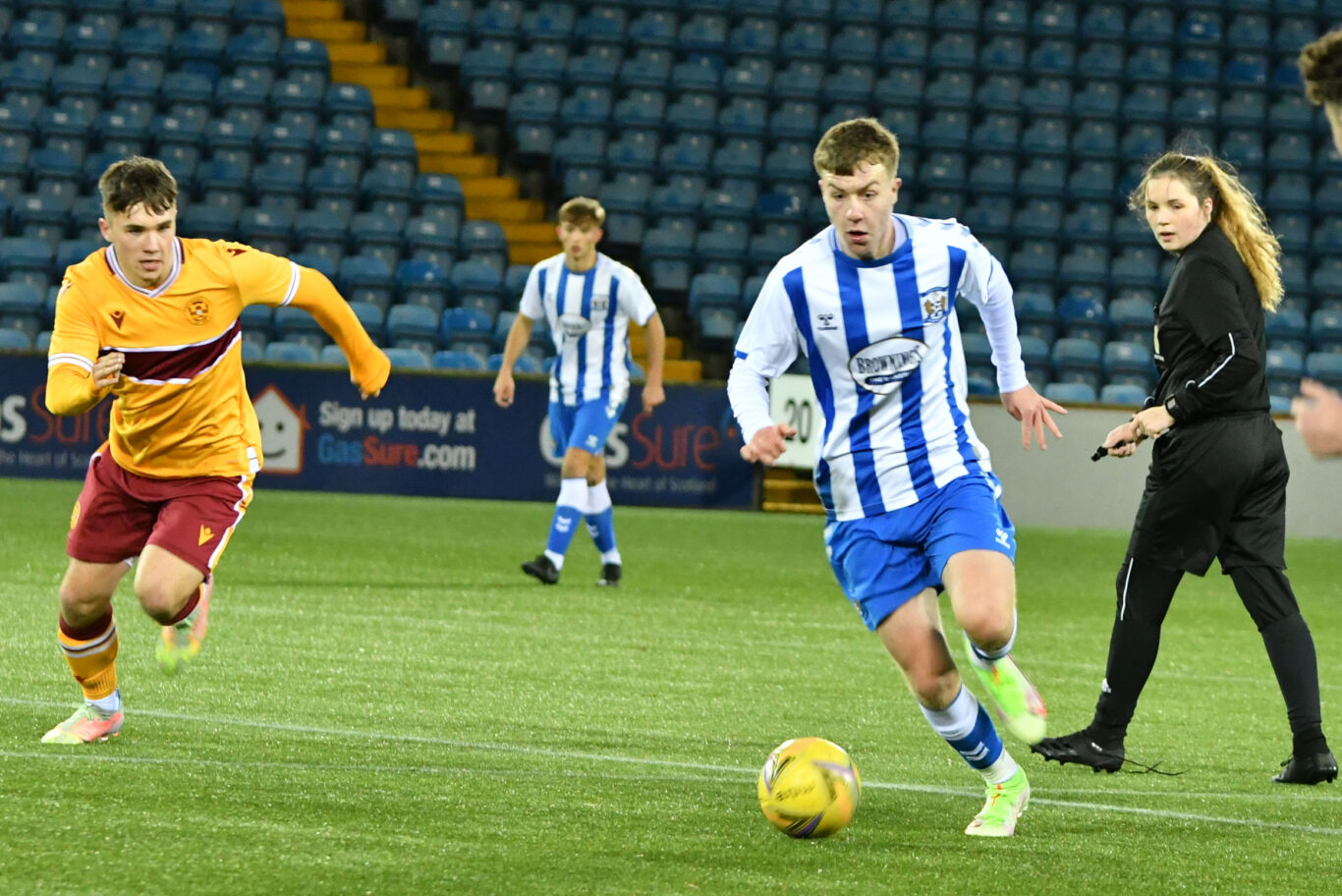 Killie’s U18s lost out 2-1 at home to Motherwell as the Club Academy Scotland League moves towards a climax over the next few weeks.

Jamie Kirkpatrick fired home from the penalty spot to draw Killie level after the Steelmen had taken an early lead inside the first two minutes of the match.

With the game 1-1 at half time, it was the visitors who found a winner in the second period to take all three points back to Lanarkshire.