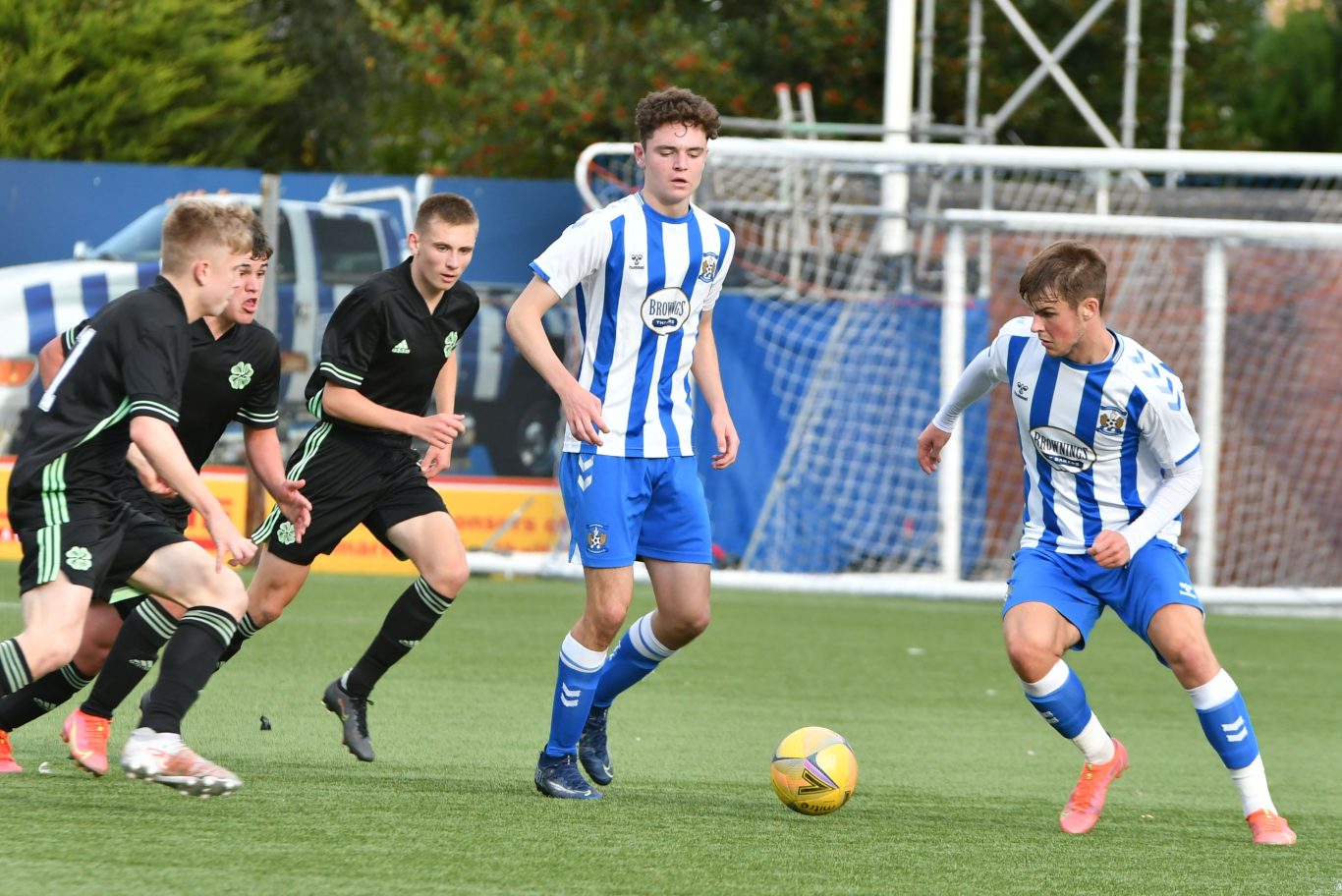 Kilmarnock U18s battled back from behind to record a fine 3-1 win over Celtic at Lennoxtown, writes Finn Maley.

Goals from Bobby Wales, David Watson and Andrew Miller gave Killie the win as they continued their fine run of form against the Old Firm over the course of the campaign.

Celtic took the lead after 26 minutes and they would have added to that advantage had it not been for Aiden Glavin in the Killie goal, who produced once excellent save around the half hour mark.

Craig Clark’s side emerged from the break and got back on level terms as Bobby Wales controlled the ball and drove at the home defence before producing a great strike, which found the corner of the net.

David Watson met a corner from Ben Hughes to head Killie into the lead and substitute Harvey Gilmour was the provider for Andrew Miller to head in a third goal just before full time.