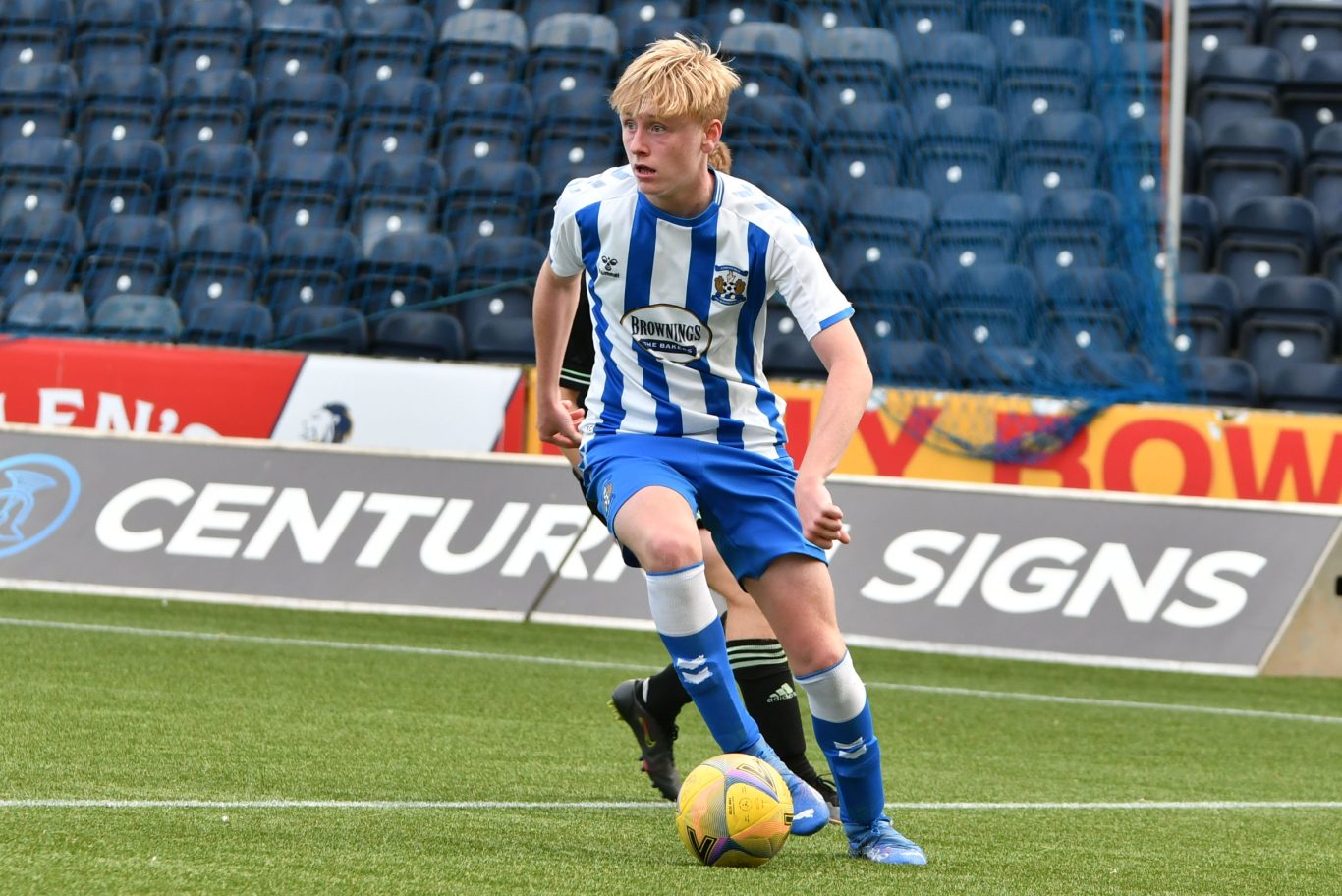 Aaron Brown scored the winner for Craig Clark’s team on 39 minutes, capitalising on a defensive error from the visitors and taking the ball round Liam MacFarlane in the Hearts goal before slotting into the net.

In an entertaining contest, both sides had opportunities with Jamie Kirkpatrick denied by MacFarlane while at the other end, Killie’s Aiden Glavin was called into action to protect the home team’s lead.

Glavin saved a second half penalty from Mackenzie Kirk, awarded for handball against Lyall Holding, as well as a fantastic late stop to deny Michael Aitken.

Killie saw out the game to secure a great start to the new year as they look forward to the challenges ahead.