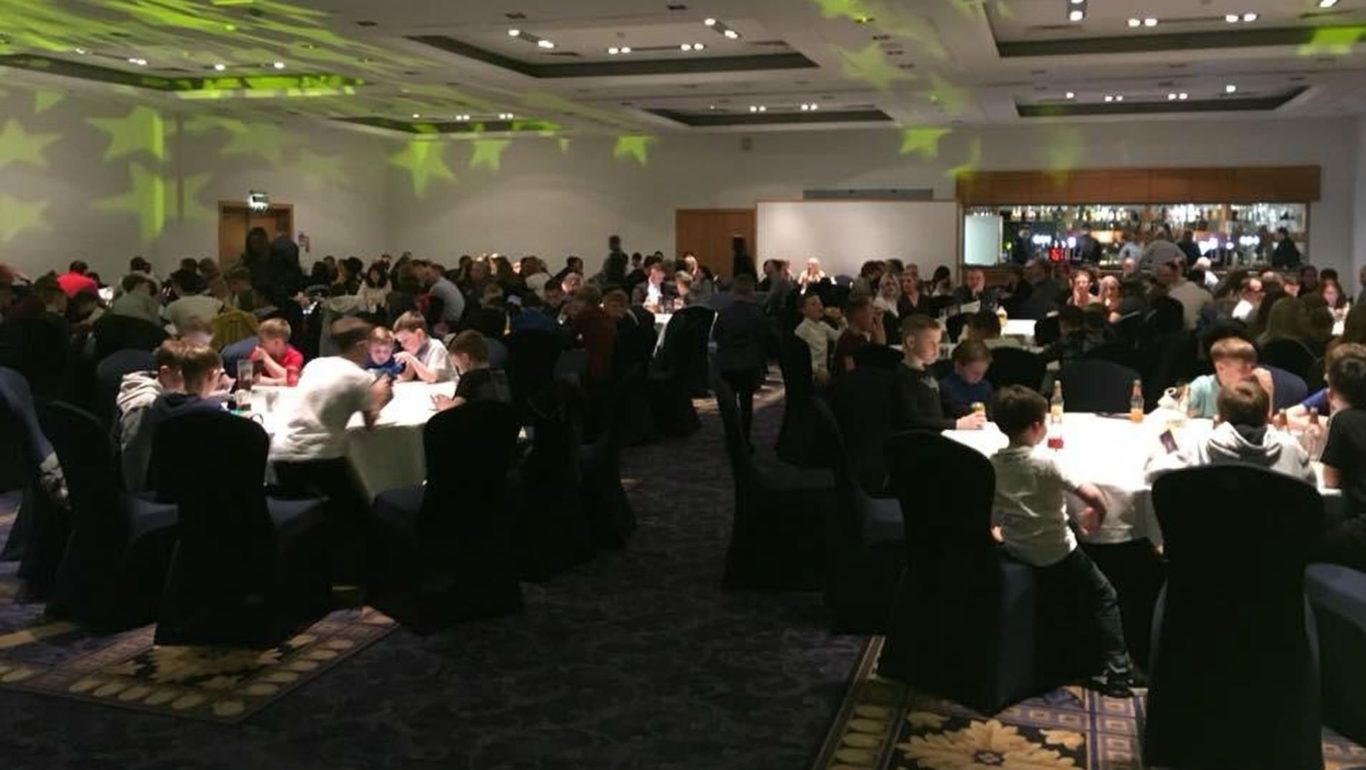 Over 300 players and their families gathered in The Park Hotel at the weekend for Kilmarnock FC Youth Academy’s annual Race Night.

The evening proved to be a fantastic fundraiser with over £5,700 going towards running costs, kit as well as facility and equipment hire throughout the season.

Academy Director Paul McDonald said: “I’d like to thank everyone for their continued support.

“It was a great event, not only to aid in fundraising, but it allowed the age groups and their parents get to mingle with the coaches and get a better understanding of our vision for the future.

“I’d like to express my gratitude to Gordon Anthony and all the staff at the Park Hotel for their assistance on the night.

“I’d also like to thank David McPhail and his production team for facilitating the Race Night set-up which allowed everyone to get involved in the activity. We wouldn’t be able to host nights like this without sponsor support from Steve Neilson, Andrew Hunter and the other companies who are always so good to us.

“We look forward to another exciting season ahead and thanks again for your continued support of the Kilmarnock FC Youth Academy.”

The club would like to thank Steve Neilson and the team at Worksmart Contracts, plus Andrew Hunter and his team at Thompson Hunter Architects who sponsored the evening.

A huge thanks to all the parents and local companies who united to sponsor each race, horse and jockey.

We wish all our Academy players and their families all the best for the season.