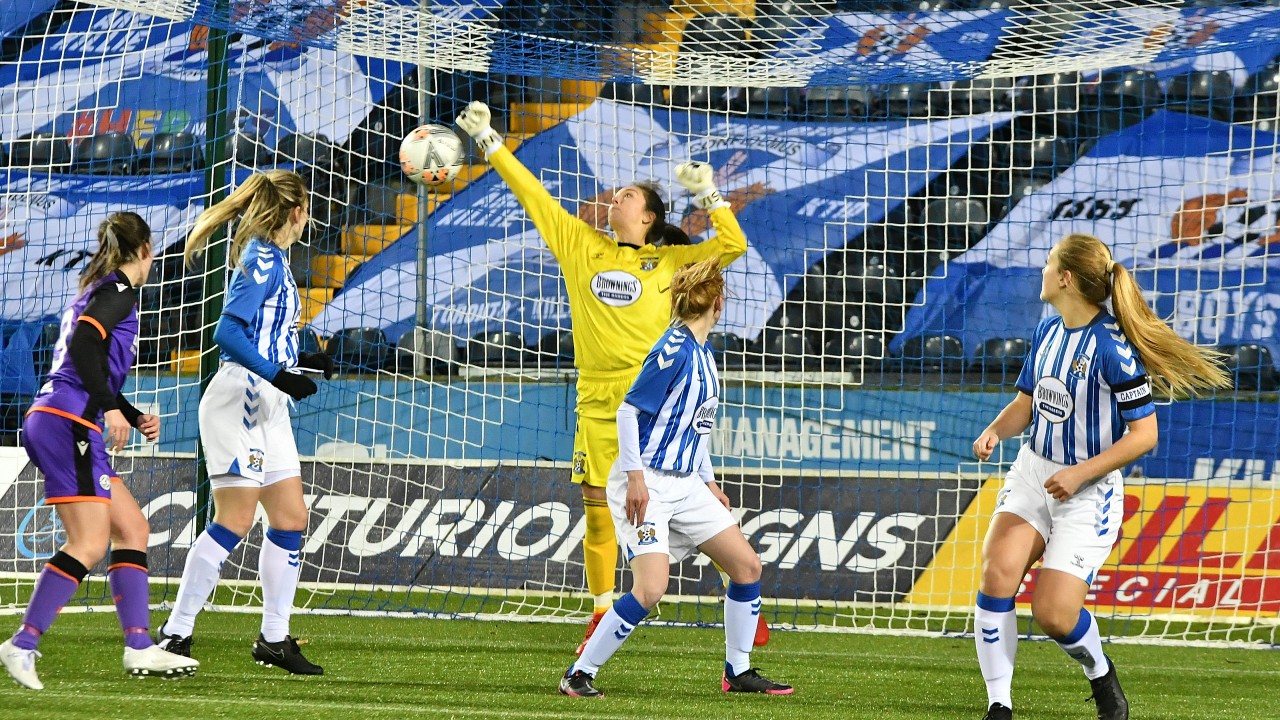 Kilmarnock WFC assistant Michael McDougall felt his side were hard done by during their 4-0 home loss to Dundee United, writes Ben Johnston.

An own goal after eight minutes saw Killie fall behind before second half goals from Robyn Smith and a double from Danni McGinley gave the visitors all three points.

Speaking after the match, the Killie assistant said: “I don’t think it was a 4-0 game by any stretch of the imagination but when we give other teams so many opportunities through individual errors then we can’t really ask for better.

“We are missing something, and we have had a long chat afterwards and we feel like something isn’t ticking for us which is an issue.”

He said: “For me it is a penalty, she was fouled inside the box, the linesman flags and the referee still doesn’t give the penalty after going over to him, so I am not sure what’s happened there but for me it’s a penalty all day long.”

McDougall was disappointed in the nature of United’s goals, coming through counter attacks after Killie surrendered possession cheaply.

He added: “We have been on the attack for most of the second half, then it’s a long ball we’ve not dealt with, then there two or three defensive errors in the box that we need to do better with.

“The third one is a ball we’ve gave away in the middle of the park and we’ve been caught out. Its basic individual mistakes.”

Killie have a big week ahead with a midweek trip to St Johnstone before hosting league leaders Aberdeen on Sunday prior to the start of the winter break.