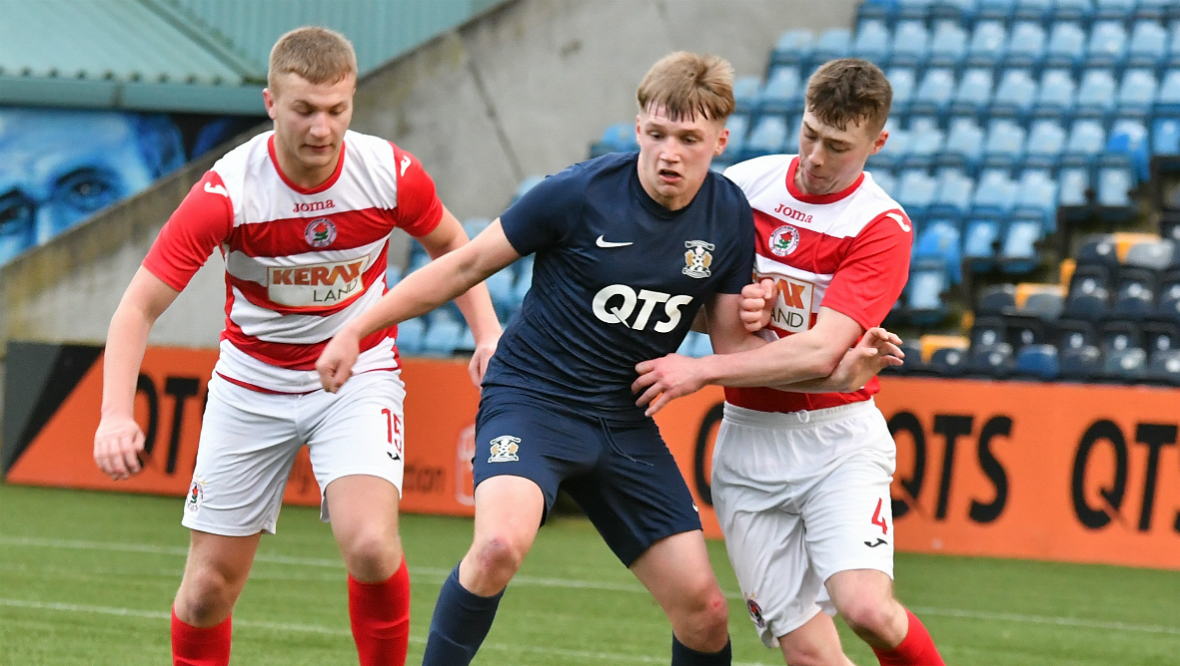 Craig Clark knows all about the characters in his U18s squad and he hopes the Killie public will know all about their mettle as they compete for a place in the Scottish FA Youth Cup final this Friday (February 21).

The Rugby Park youngsters have home advantage as they face Hearts in the last four on February 21 with kick off at 7pm and entry free for season ticket holders with non season tickets holders asked to make a contribution to our donation bucket outside the turnstile.

Killie have been free-scoring in the early rounds of the competition, putting 10 goals past Inverurie Loco Works as well as six past Bonnyrigg Rose last time out.

However, a tougher test awaits in the form of the young Jambos but Clark believes dealing with adversity is all part of the development process.

Friday night in Ayrshire saw the team trail 1-0 to Dundee at the break only to hit back in the second period to claim a 2-1 victory and head into the big cup clash with confidence.

Speaking about how the side have progressed over the course of the season, the U18s coach said: “One area of their development is finding a way to win and it is going to be interesting to see if they can do that and get through to the next round.

“I’ve been impressed with the character of the players. If you look at Friday night, they were 1-0 down at half time, which the boys aren’t used to. If we concede then we are normally already ahead because we have defended well and in the final third, we have become more clinical.

“I put that down to the character of the players. There will be nerves but that’s a good thing as it can be used to motivate them and give them a little edge.”

When asked how he would describe the team for fans watching them for the first time on Friday, the coach said: “The style of play is very similar to what we do throughout the Academy. We are not a possession-based team as such however we can maintain the ball if we need to.

“We like to be aggressive but I don’t mean that in a physical sense, more the tempo of the game. I always say to the boys that this is our patch, our house so nobody comes here for an easy game.

“The fans will see that desire, heart and character with a side who want to earn the right to play. If we do that first then you’ll see a bit of quality with certain individuals who have good one v one qualities with and without the ball, taking players on and our full-backs are happy to go and play if they can.

“I feel we’ve shown real improvement in the final third from the start of the season.”

Hearts won the last encounter between the sides 1-0 at the Oriam and there’s no doubting that the capital kids will pose different questions of the hosts.

Clark added: “They will be physical and perhaps more possession based than we will be, which is fine.

“You try to give them the experience and if they can get to a cup final, it would be fantastic but we can’t allow ourselves to think that far ahead because this semi-final will be tough.”