Kilmarnock in History: Wrong side of the tracks

Welcome to the eighth installment of our Kilmarnock In History series, by club historian John Livingston.

Now functioning as a limited company, Kilmarnock began the 1906-07 season with a couple of midweek wins in the Glasgow and West of Scotland League fixtures that had been held-over from the 1905-06 season. The 4-0 win at Motherwell and 3-1 home win against Hamilton Accies were enough to see them crowned as the last ever Champions of the competition in a League format.

The ever-increasing number of fixtures in the Scottish League meant clubs had a busy enough schedule, thus it had been agreed that a knock-out competition would be held later in the 1906-07 season to determine which club would keep the trophy on a permanent basis.

The Kilmarnock Reserves reached the Ayrshire Qualifying Cup Final during the first half of the season, beating Beith 3-0 at Rugby Park after a 1-1 draw at Beresford Park in Ayr. However, the first team struggled for the majority of the first half of the campaign in bottom place, winning only twice in 20 games between August and the end of the year.

They improved into the New Year, eventually finishing the 1906-07 campaign in 17th place, with 21 points from the 34 games played – the same amount of points as Hamilton Academical (16th place) and Port Glasgow Athletic (18th place). They actually leapfrogged ahead of Port Glasgow Athletic in the last game of the season, beating them by 2-1 at Rugby Park on Saturday 27th April.

During the campaign, Kilmarnock conceded 72 goals – their worst total in a Division 1 season at the time, and they also suffered 21 defeats in the 34 games played – the first time they had lost as many games in a league season.

There was also an interesting story to Kilmarnock’s 1st Round Scottish Cup encounter at home to Inverness Clachnacuddin.

The Highlanders arrived for the game on 26th January 1907, but unfortunately, not long before it was due to kick-off, the referee decided the frost-covered ground was not suitable to play a Cup-tie on.

However, in respect of the long journey made by the Inverness club, as well as the fact that a 3,500 crowd was inside the ground, it was agreed by both clubs to play a friendly game, which Kilmarnock won 1-0. The following Saturday, 2nd February, the Cup game went ahead, and Kilmarnock won 4-0.

During the season, on 2nd March 1907, full back William Agnew and forward James Maxwell were in the Scottish League team that drew 0-0 with the Football League at Ibrox, and a fortnight later, William Agnew was in the Scotland team that beat Ireland 3-0 at Celtic Park.

Season 1907-08 saw a significant alteration made to the club jerseys. The largely dark blue and occasional narrow white hooped jersey that had been introduced in the early years of the century was replaced by a more even sized hooped blue and white jersey.

Unfortunately, the Division 1 campaign got off to a horrendous start, and it took Kilmarnock until Saturday, 2nd November to earn their first win of the season in Division 1 – their 12th game – a 2-1 win against Motherwell at Fir Park.

In the 11 games before this, they had drawn five and lost six times. (This is still the worst ever start without a win to any League campaign by Kilmarnock)

Despite the woeful start to the season, the signing of the legendary Bobby Templeton in mid-October helped steady the club, and they eventually managed to finish in 14th place out of 18 in the League, taking 25 points from the 34 games played and thus avoided involvement in the elections to maintain Division 1 status. They also had a decent Scottish Cup run, reaching the Semi-Finals, only to lose 2-1 in a replay to St. Mirren in Paisley after a goalless draw at Rugby Park.

A really unusual situation occurred on 4th January 1908, when Kilmarnock lost 4-1 away to Port Glasgow Athletic. They played the entire game with just seven players after goalkeeper Stewart Strachan and outfield players William Agnew, George Halley and Bobby Templeton missed the train connection at Glasgow to take them to Port Glasgow. 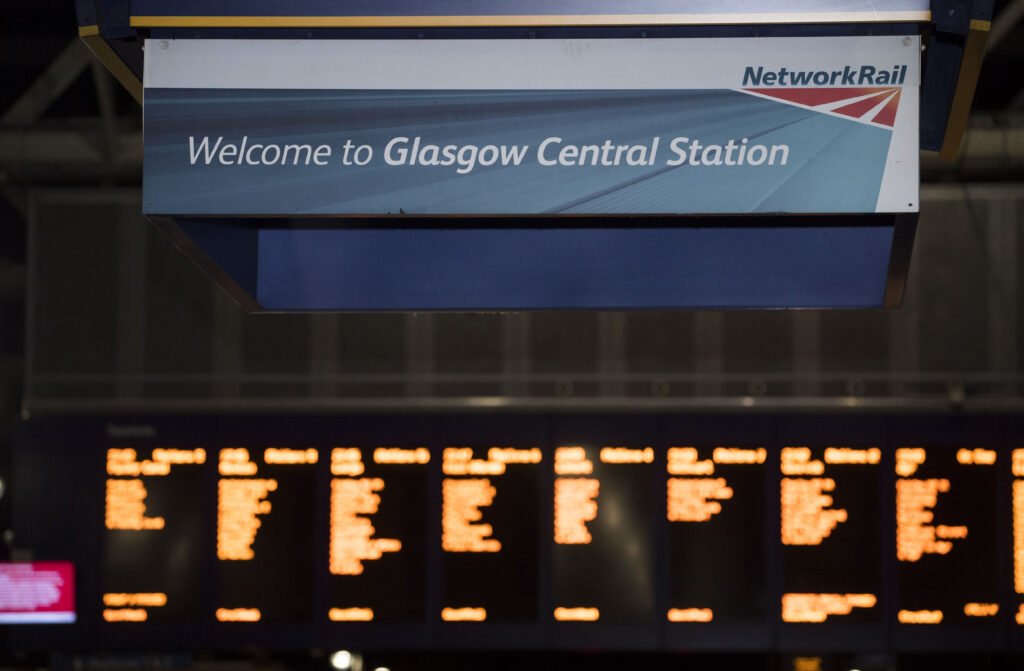 Ill-informed that the next train might be delayed and the game had no chance of going ahead because of terrible wintry weather conditions in Port Glasgow, the quartet reportedly went to a pantomime in Glasgow before returning home! The consequences are unknown, but Strachan never appeared for the first team again!

Two of the players who failed to appear at Port Glasgow went on to win representative honours over the next couple of months.

The 1908-09 season proved a better one for the club in Division 1, and but for the loss of their last three games, they might well have finished higher than the 10th place they achieved, taking 33 points from 34 games.

During the season, long-serving centre half George Anderson, who had retired during the summer, was given a benefit game on a Tuesday evening in mid-August 1908 against St. Mirren, the evening before a first team fixture was played.

Promising right winger Andrew Armour was deservedly honoured for his fine displays, appearing in the Scottish League team that beat the Irish League 2-1 at Grosvenor Park in Belfast. However, the club was very disappointed when it was barred from participating in the Ayrshire Cup because the reserve team had been forced to scratch from the Ayrshire Qualifying Cup competition earlier in the season. 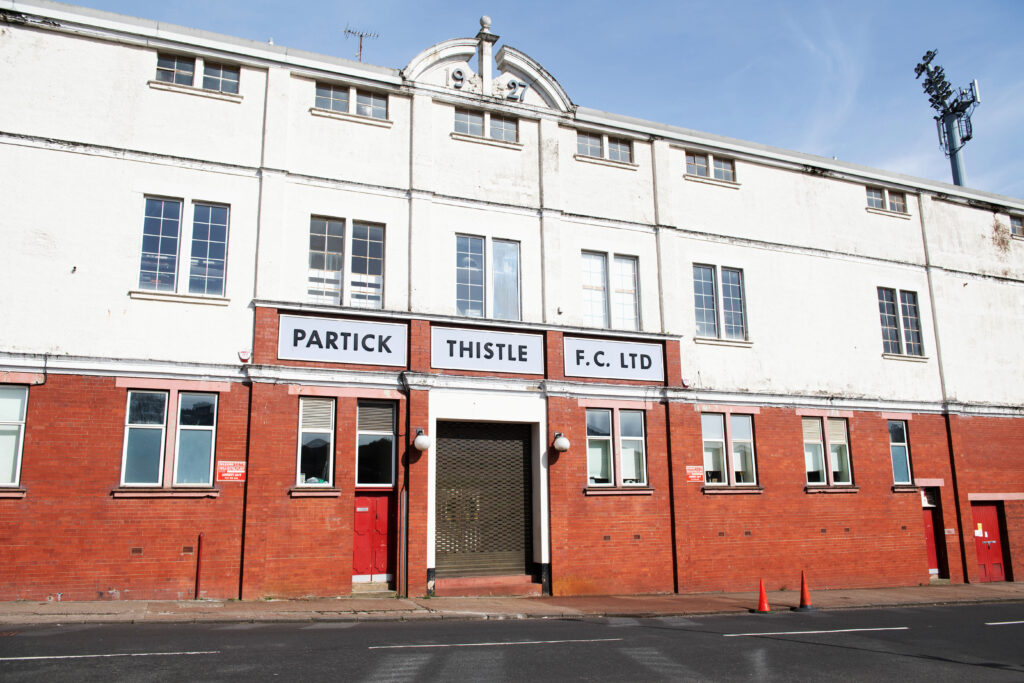 Partick Thistle’s Firhill Stadium was still to be completed.

They had vacated their old home ground of Meadowside at the end of the previous season and had been “renting” the grounds of other clubs in and around the Glasgow area to play home games whilst their new ground at Firhill Park was under construction. However, unable to “rent” another ground for the game with Kilmarnock, they “used” Rugby Park as their home ground.

An Ayrshire League competition between Ayr F.C, Ayr Parkhouse, Galston and Kilmarnock was played in the spring of 1909, with the clubs that finished in 1st and 2nd place playing off in a Final to be held after the start of the following season. Kilmarnock (9 points) and Ayr F.C. (6 points) were the top two, with Kilmarnock gaining home advantage in the Final.

Another historic occasion for the club took place on the 29th May 1909, when Rugby Park housed its first-ever Scottish Junior Cup Final. 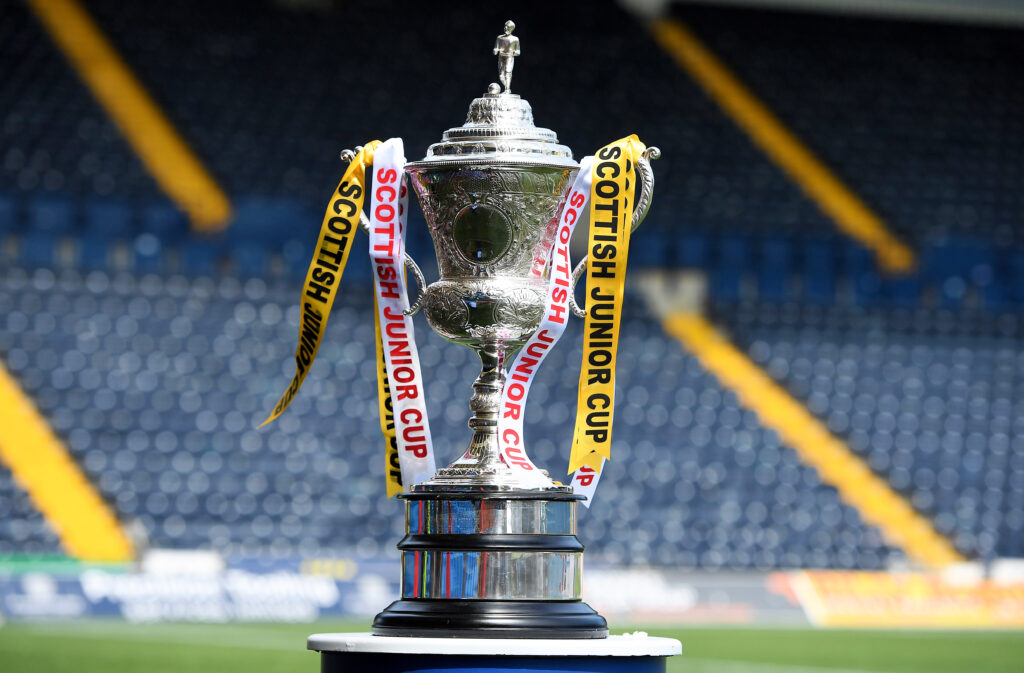 Rugby Park has become a regular venue for the Scottish Junior Cup Final.

It was chosen as the venue for the replay between Kilwinning Rangers and Shawfield Juniors, after the clubs had drawn 0-0 at Shawfield Park the previous week. Over 8,000 turned out to see the “Buffs” win 1-0 after extra time to become the first ever Ayrshire club to win the Cup.