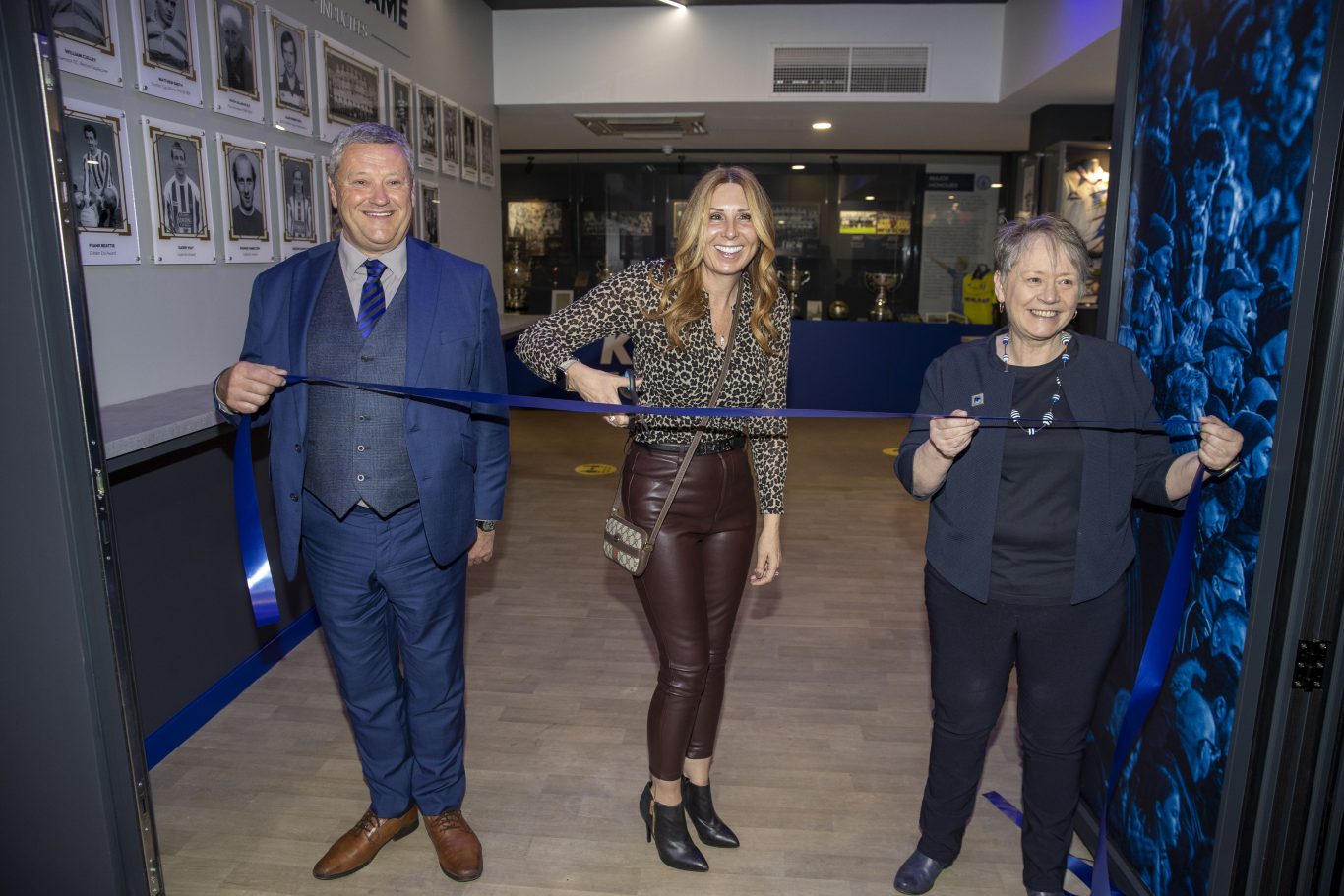 After the success of our Killie Forever exhibition at Hampden as part of our 150th Anniversary celebrations, we were thrilled to hold an evening to officially open our official Kilmarnock FC Museum at Rugby Park.

Located within the Killie Superstore, formerly the Killie Club, the space celebrates our club’s heritage and tradition with an initial focus on our major cup victories, matches with European giants and trips around the world.

Supporters will have the chance to visit the Museum when it opens to the public during the close season and we’ll release details around this in due course.

Raymond Montgomerie, who has helped furnish the space along with club historian, John Livingston, hosted the opening with a question and answer session with fellow 1997 Scottish Cup winners Gary Holt and Paul Wright.

Garry Hay and Cammy Bell from our 2012 League Cup winning side were also in attendance as they recalled their memories, 10 years on from our Hampden triumph.

Club Directors Billy Bowie, Phyllis McLeish and Cathy Jamieson spoke about the importance of preserving and showcasing the club’s rich stories for current and future generations with thanks to East Ayrshire Council for their continued support and the loan of the Kilmarnock Charity Cup for the evening.

We’d also like to thank Colin McInnes, Brian O’Neill, Graham Ross and Alan Brese for helping secure the replica cups on display as well as the team from the Scottish Football Museum.

The club would also like to express our gratitude to all our staff who helped on the project, Derek Weir, Alan Speirs along with Centurion Signs and David McPhail (The Kilted DJ) for their hard work.

View our full gallery below