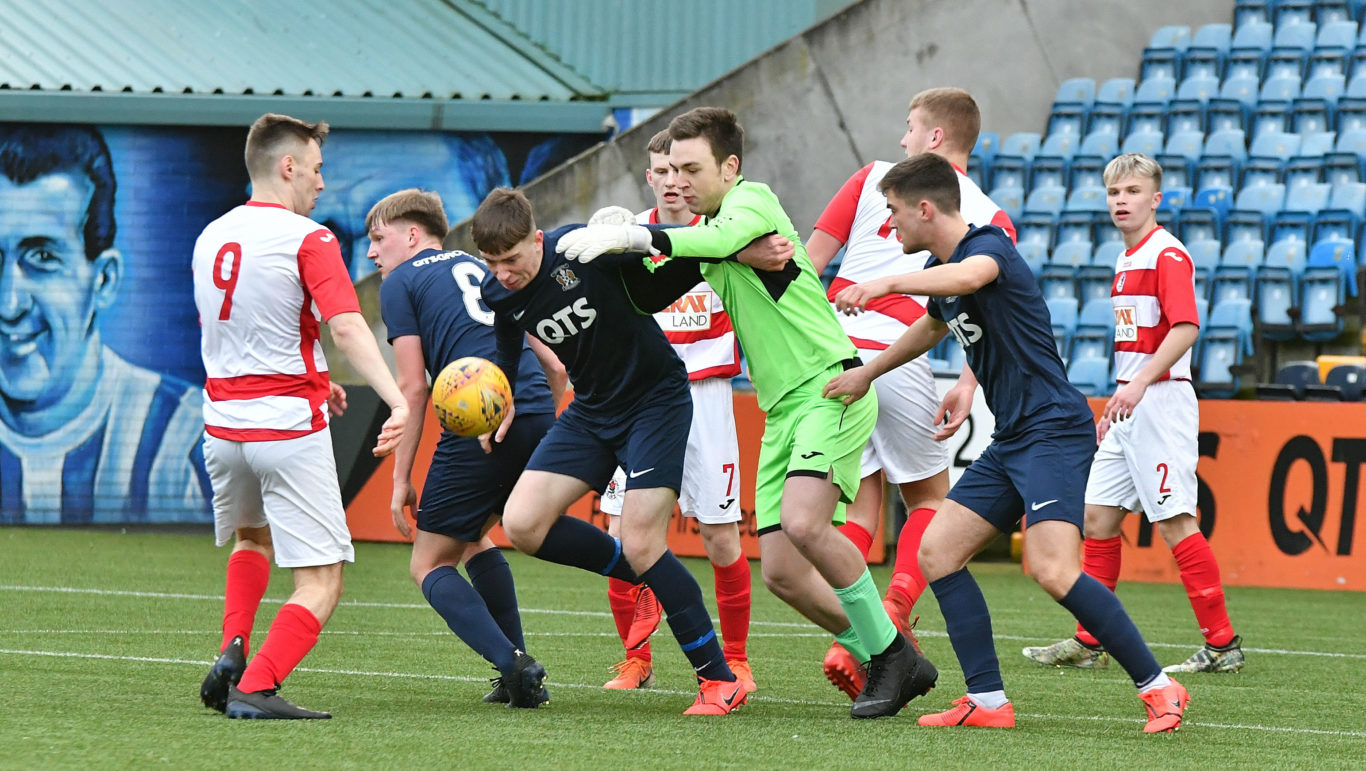 Kilmarnock reached the semi-finals of the Scottish FA Youth Cup with a comprehensive 6-0 victory over Bonyrigg Rose.

A mesmeric showing from Craig Clark’s young guns saw  Steven Warnock put four past the Midlothian outfit without reply, with strikes from Euan Deveney and Michael Mullen adding the extras.

Killie raced into the lead early on, a looped cross from Euan Deveney from the left found the back of the net after just ten minutes.

Another ten minutes passed, and the young guns had their second – Steven Warnock guiding the ball home from close range.

And it was Warnock again who made it three, stroking home a fine penalty on 27 minutes after a Bonnyrigg man chopped down a Killie man in the box.

And Michael Mullen rounded off a perfect first-half for Killie, drilling home from inside the area after a fine ball up the field picked him out with laser accuracy.

Into the second-half, and the home side kept that relentless pressure up.

A good day for Steven Warnock got even better after the youngster got his hat-trick after 70 minutes, scoring the pick of the bunch – showing clever footwork to evade his markers before curling the ball home.

And a good day for the young team was rounded off after Warnock coolly dispatched another penalty ten minutes from time to secure an emphatic win for Killie.