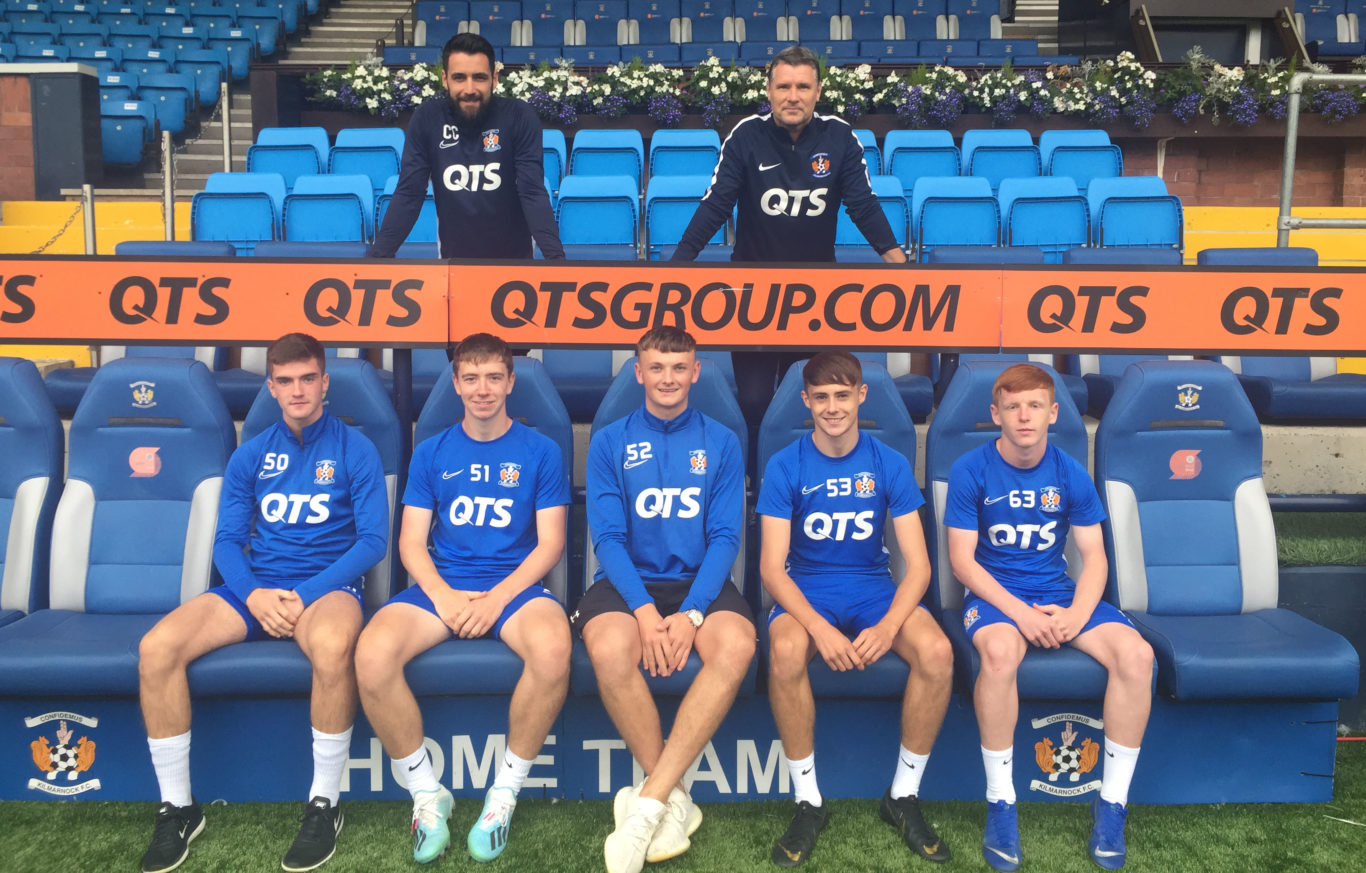 Five youngsters from the Kilmarnock Youth Academy have put pen to paper on their first professional contracts at Rugby Park, marking the club’s continued faith in young talent.

Euan Deveney, Kyle Connell, Keir Russell, Craig Ross and Steven Warnock have all signed on the dotted line as they look to build on impressive performances at youth level.

Following in the footsteps of Innes Cameron and Greg Taylor, the contracts means that the young guns will be able to compete for places at both reserve level and in the first-team should Angelo Alessio call upon them.

Four of the fresh faces are also a part of the club’s new Modern Apprentice partnership with Ayrshire College: a special qualification designed to supplement their football education with academic learning.

Academy director Paul McDonald was thrilled at the news, especially for Ross and Warnock – who have been with Kilmarnock since childhood.

“We’re delighted that these boys have made it to the top part of our pathway,” he told the club’s official website.

“Stevie Warnock and Craig Ross have been with us since they were just nine or ten years of age, so we’re very pleased that they’re here to play full-time in our under-18 squad.”

With the transition from youth football to the Premiership now underway, Paul says it’s up to the youngsters to kick on and prove they’re worth a spot in the senior squad.

“All we can do is provide an opportunity, going from grassroots level to under-18,” he explained.

“Thereafter, it’s up to them to continue developing and try and force their way into the manager’s first-team plans.”

Euan Deveney, first from left: 17-year-old left-back Euan put pen to paper at Rugby Park last year following a stint with Rangers. A Northern Ireland international at U17 level – he is a part of the Modern Apprenticeship programme.

Kyle Connell, centre: 18-year-old striker Kyle is one of the newest recruits,  joining Killie after spells at Motherwell and Blackburn Rovers.

Steven Warnock, first from right: 16-year-old attacker Steven has been at Rugby Park since he was ten years old. As well as being a modern apprentice, he’s also been called up to training camps with the Scotland national team.

Craig Ross, second from right: 17-year old defender/midfielder Craig is another long-time member of the academy. A regular face in Andy Millen’s reserve team, he is also enlisted on the modern apprenticeship scheme.