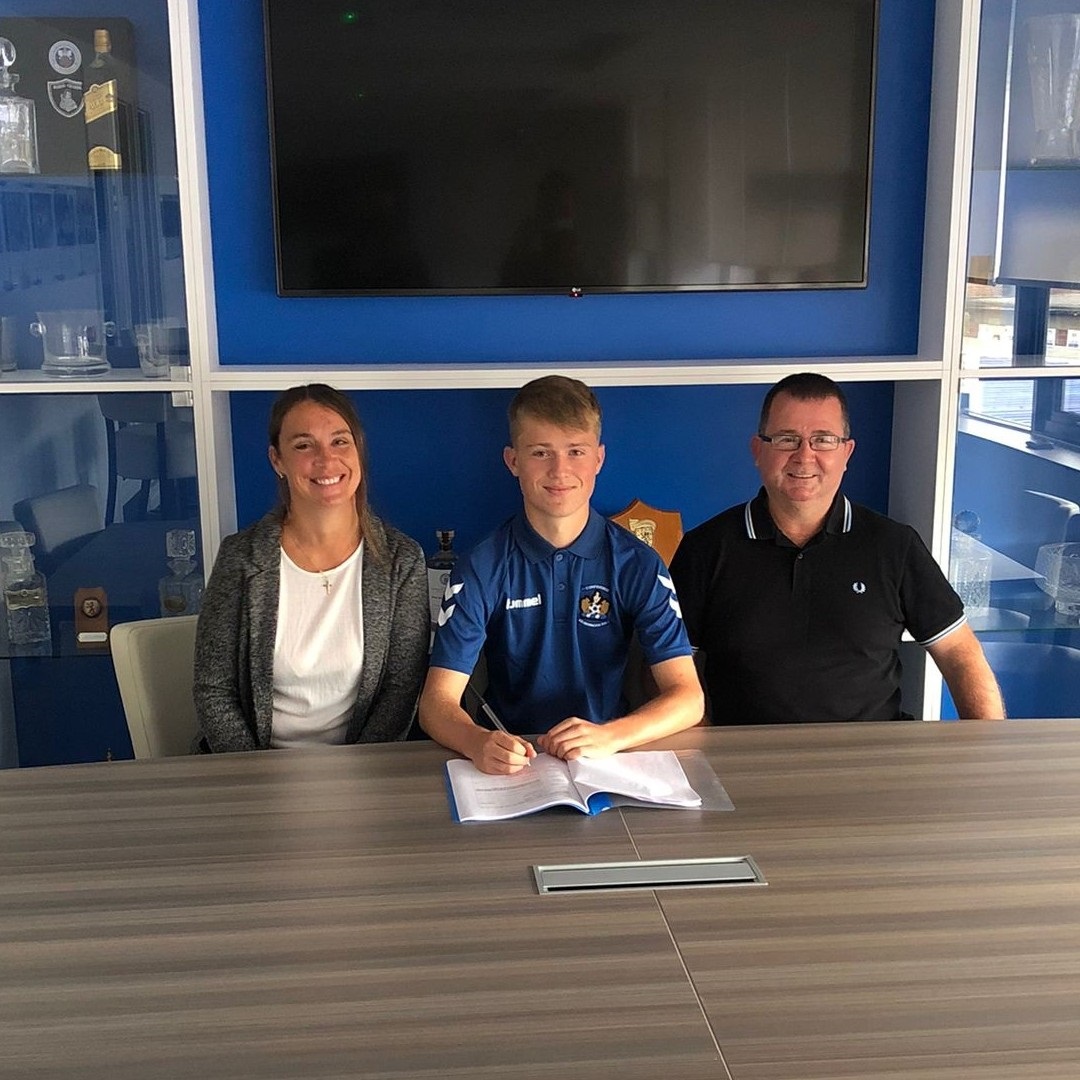 Promising Killie midfielder David Watson has signed a professional deal with the club until 2023.

The Youth Academy player, who is from Prestwick, has featured at the heart of our U18s side this season having been part of our victorious Club Academy Scotland Cup winning side in June.

David was joined by his parents and U18s coach Craig Clark as he put pen to paper on his contract.