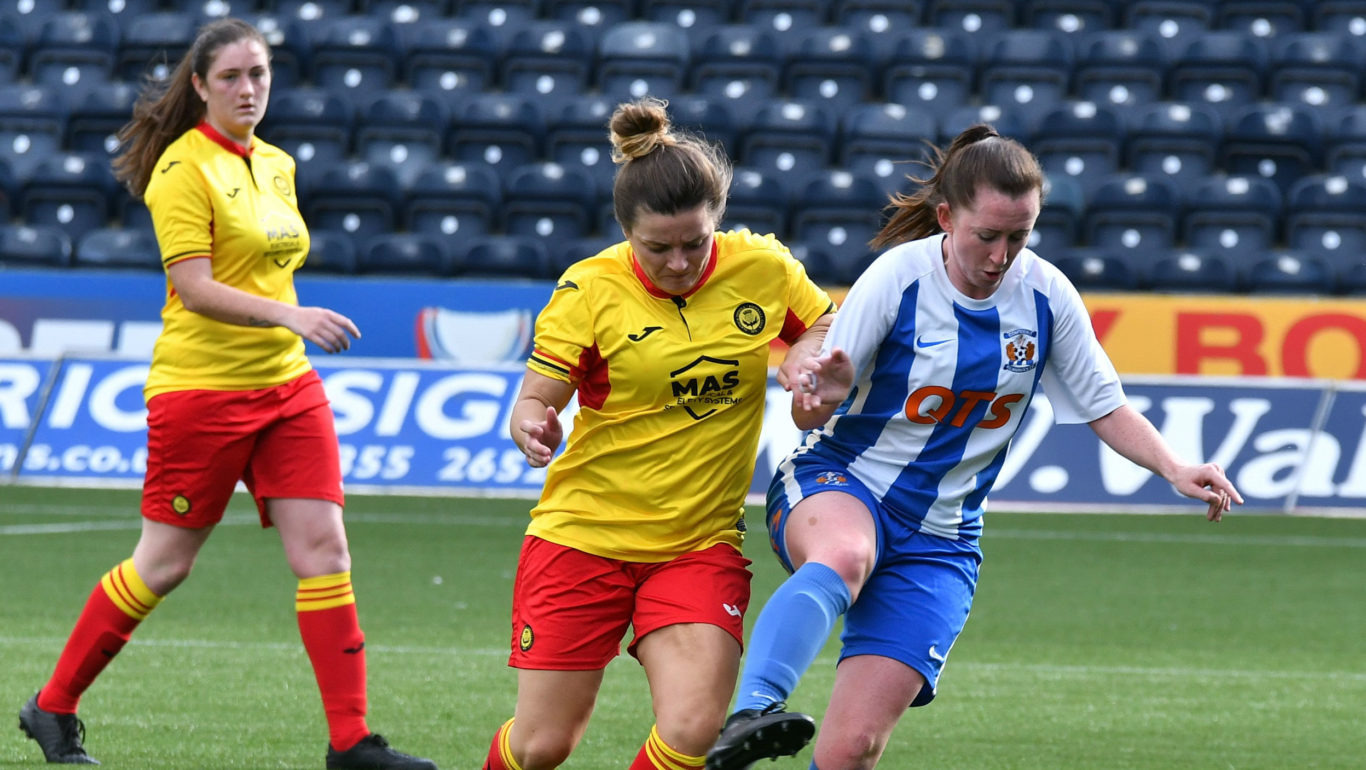 All square as Killie Ladies draw with Thistle

A late equaliser from Mhairi Lyle dented FC Kilmarnock Ladies’ top three hopes as they were forced to settle for a 1-1 draw with Partick Thistle.

After a tense start to the match at Petershill Park, Killie came closest to opening the scoring after 21 minutes as Clare Docherty hit the post with the rebound cleared off the line.

Killie had their own scare after 38 minutes, clearing an effort off their goalline as the ball fell to Thistle’s Donnelly as the teams went into the break all even.

The second half followed a similar pattern and as both coaches contemplated how to change things, it was Killie who made the breakthrough after 73 minutes.

Docherty was the heart of the move along with substitute Lauren Chisholm as they fed Abby Robinson, whose delivery forced Thistle defender Lynne Jackson to turn the attempted clearance into her own net.

Stewart Hall’s team now had a lead to defend with Thistle throwing everything at the game to try and draw level. And they succeeded as substitute Mhairi Lyle, who had only been on the pitch a matter of minutes, saw her cross evade the gloves of Lauren McGregor and find the net.

A frantic finish to the match saw chances for both sides but Killie remain level on points with Thistle in the battle for third having played one game more than their Glasgow opponents.

Killie will close out the season on Sunday, November 17 at Rugby Park against title chasing Hamilton. We’ll bring you full details of that match through our official channels.