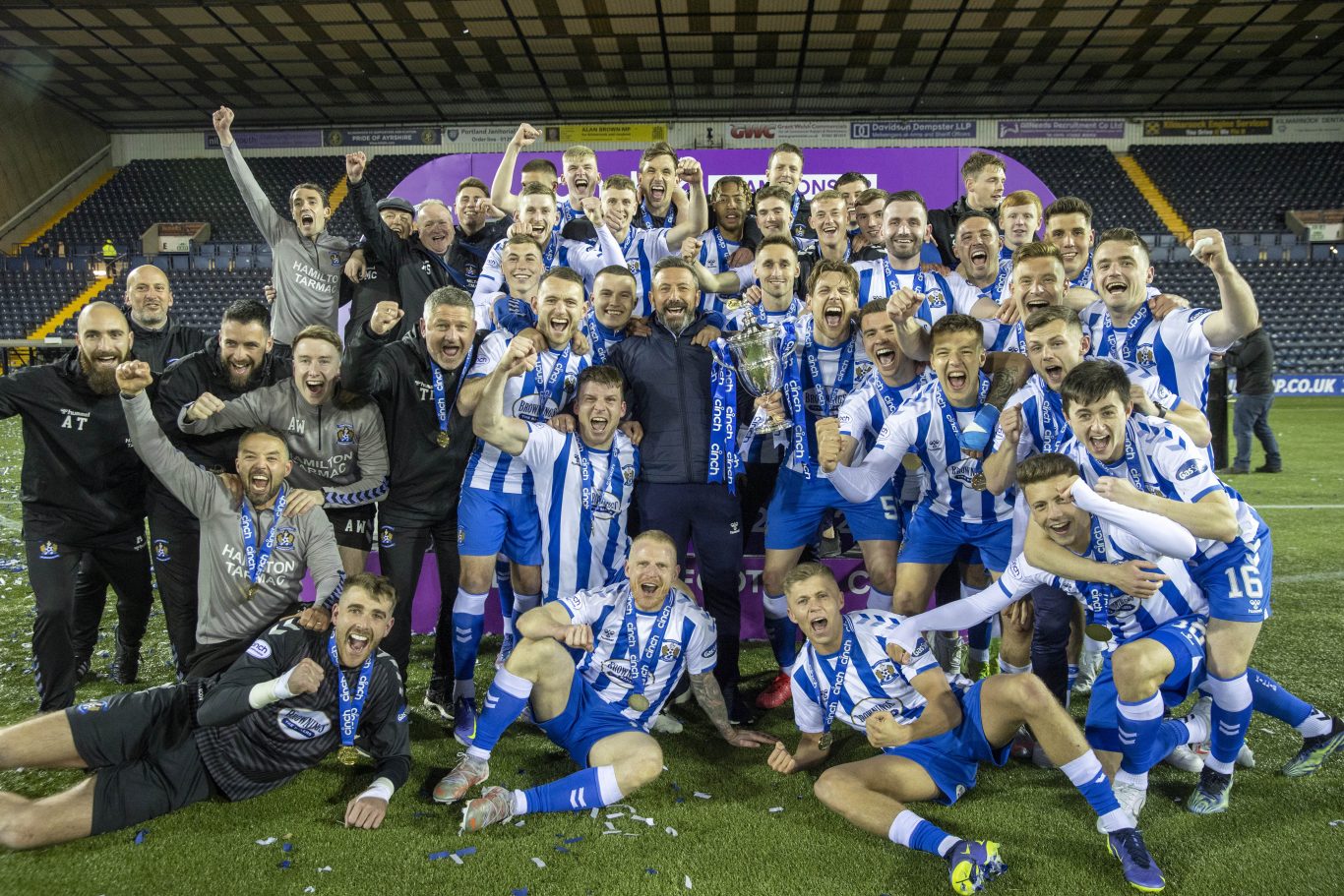 Following the end of our 2021/22 Scottish Championship title winning campaign and ahead of our return to the Scottish Premiership, we can confirm the following squad update.

Manager Derek McInnes held conversations with every member of the first team squad prior to the start of the close season break.

Rory McKenzie has agreed a new two-year contract to remain a Kilmarnock player until 2024.

Stephen McGinn departs Rugby Park as a champion, playing an important role in his 41 appearances for the club.

Full backs Brandon Haunstrup and Jason Naismith will also leave this summer after playing their part in our promotion-winning campaign. Young duo Tomas Brindley and Euan Deveney will end their association with the club during the close season.

Colin Doyle, who carried out a player/coaching role in 2021/22, has left the club and we thank him for his service.

Middlesbrough duo Zach Hemming and Rumarn Burrell have returned to the Riverside Stadium while Daniel MacKay and Dylan Tait are back with parent club Hibernian. Dean Campbell and Declan Glass return to Aberdeen and Dundee United respectively as title winners.

Lee Hodson and Calum Waters have triggered options of new contracts during the course of 2021/22 while Kyle Connell and Curtis Lyle have been offered six-month deals to allow the manager to asses their potential.

Kyle Lafferty has been offered a new contract and we remain in discussions with his representatives.

Already looking after our U17s side, Chris Burke has been offered a full-time coaching position as both the club and the manager are keen to extend Chris’ association at Rugby Park. Chris has been afforded the time to consider his options, which we fully respect.

Derek McInnes said: “I’d like to thank all the players for their efforts and contributions to the club and this is always a tough part of the job.

“Stephen McGinn in particular was really influential in my time as manager and was someone I really enjoyed working with. After having a conversation with Stephen, we feel the best chance for him to continue playing regularly will come elsewhere. However he goes with our best wishes and full acknowledgement of the role he played in our promotion.”

The club will be offering new deals to the following players: Kyle Lafferty, Kyle Connell and Curtis Lyle