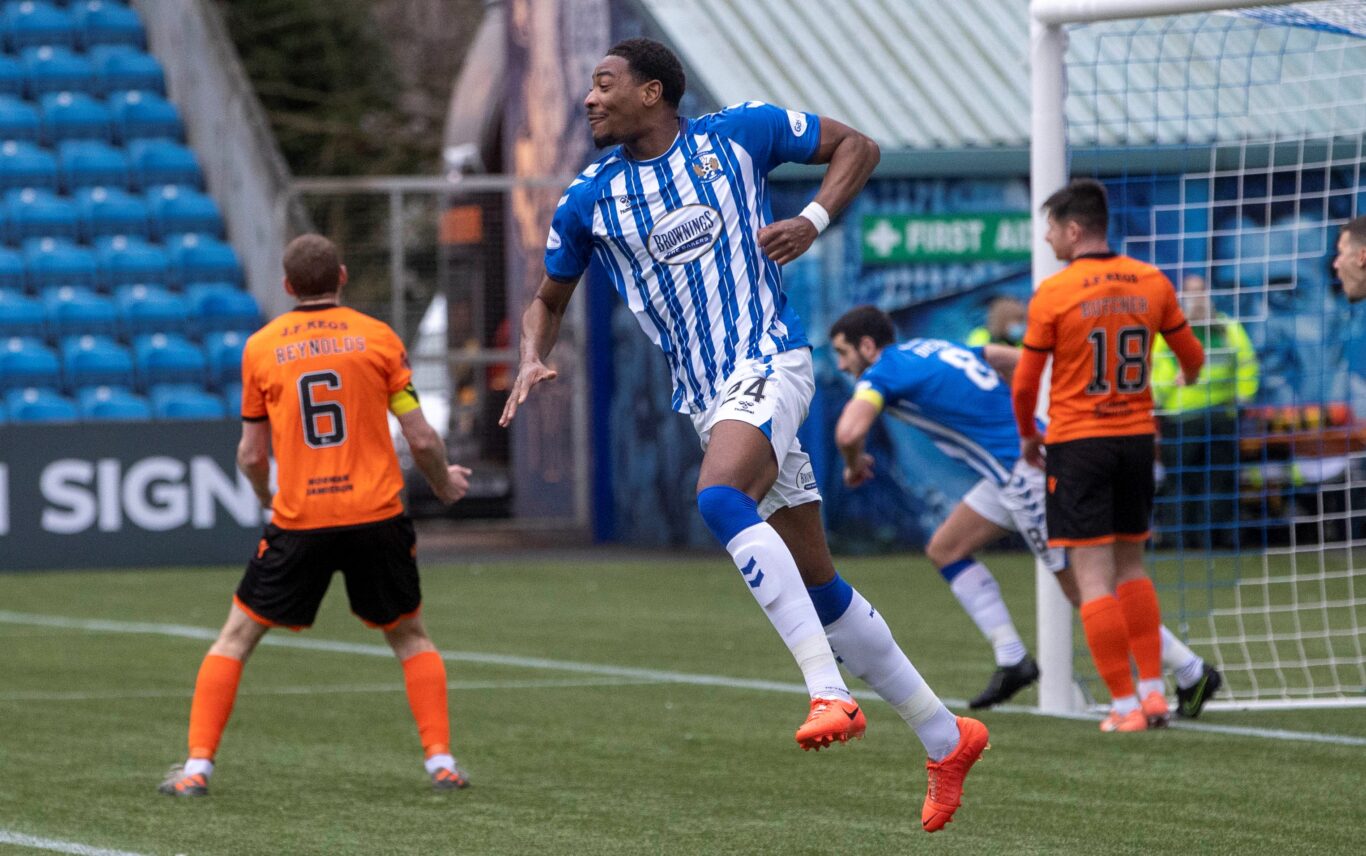 Zech Medley was thrilled to score the first goal of his professional career, bringing an end to Killie’s goal drought after over 570 minutes of football.

The central defender, who was awarded the Brownings Man of the Match award, produced a smart finish past Benjamin Siegrist to give Killie a 1-1 draw at home.

After finding the net, he told Killie TV: “It was great to get a point on the board and get the goal.

“I know there’s been a bit of a drought recently and it was good to put an end to that and now we want to push on next week.

“I knew I was going to go to the back post, Nicke got the flick on and I’ve managed to keep calm and put it in the bottom corner.”