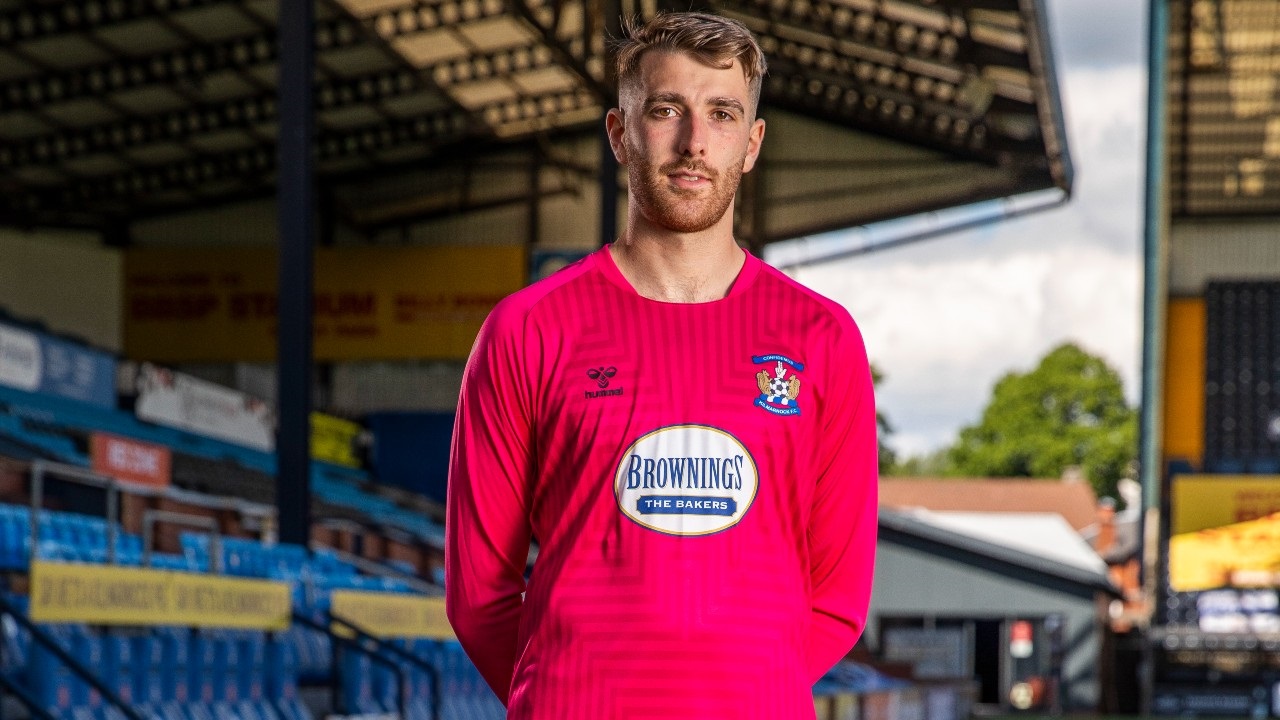 Zach Hemming is pleased to be reunited with Paul Stephenson after signing a season-long loan deal with Killie.

The shot stopper worked with Killie’s assistant manager at the Riverside Stadium with the 21-year-old joining for the duration of the 2021/22 season.

Zach, who has already had loan spells with Blyth Spartans, Darlington and Hartlepool United, signed a new deal with Boro until 2023 before heading to Scotland.

He said: “I was really pleased to get it over the line, this is a massive club. Hopefully I can help get us back to where we belong.

“I knew Paul from the ‘Boro academy and worked with him later when I went on loan to Blyth.

“My last loan spells really helped me mature a bit. I think coming here, I can kick on again.

“With the manager having been a goalkeeper himself then it’s good to have people here that can help me.”

Tommy Wright added: “Paul alerted me to him but I know Ian Bennett [Middlesbrough, goalkeeping coach] really well and I think Zach is someone who will come in and be a big hit with the fans.

“He’s a good size, technically a very good goalkeeper and he will improve by playing games.”