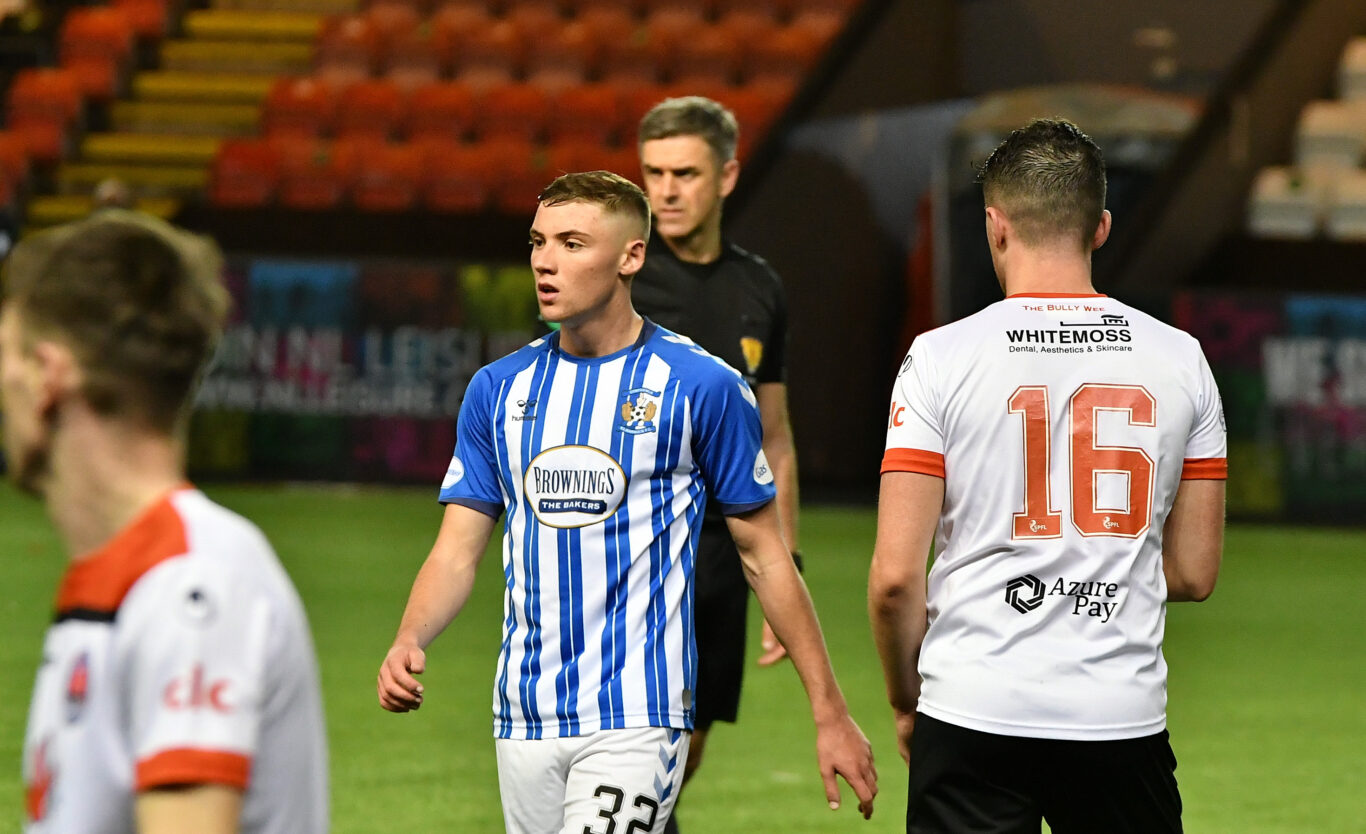 Killie’s most talented youngsters have agreed new contracts to remain at Rugby Park.

Tomas Brindley, Kyle Connell, Euan Deveney and Curtis Lyle have joined Steven Warnock in putting pen to paper on fresh terms ahead of the 2021/22 season.

Tomas made his first team debut against Rangers in August before enjoying a fruitful loan spell with Dumbarton, helping the Sons to retain their League One status.

Kyle Connell was handed his first team debut in a 6-0 Scottish Cup win over Queen’s Park in January 2020, making an impression with a lively cameo. The forward made a great impact at Airdrieonians, scoring six goals in 27 matches as the Diamonds reached the Championship play-off final.

Goalkeeper Curtis Lyle has enjoyed involvement with the first team, making the bench on six occasions over the past two seasons.

They join creative midfielder Warnock, who extended his Killie stay until 2023 last week following first team appearances in both the League Cup and Scottish Cup.

Euan Deveney will also remain in Ayrshire for the new campaign following last season’s loan spell with League One Falkirk.