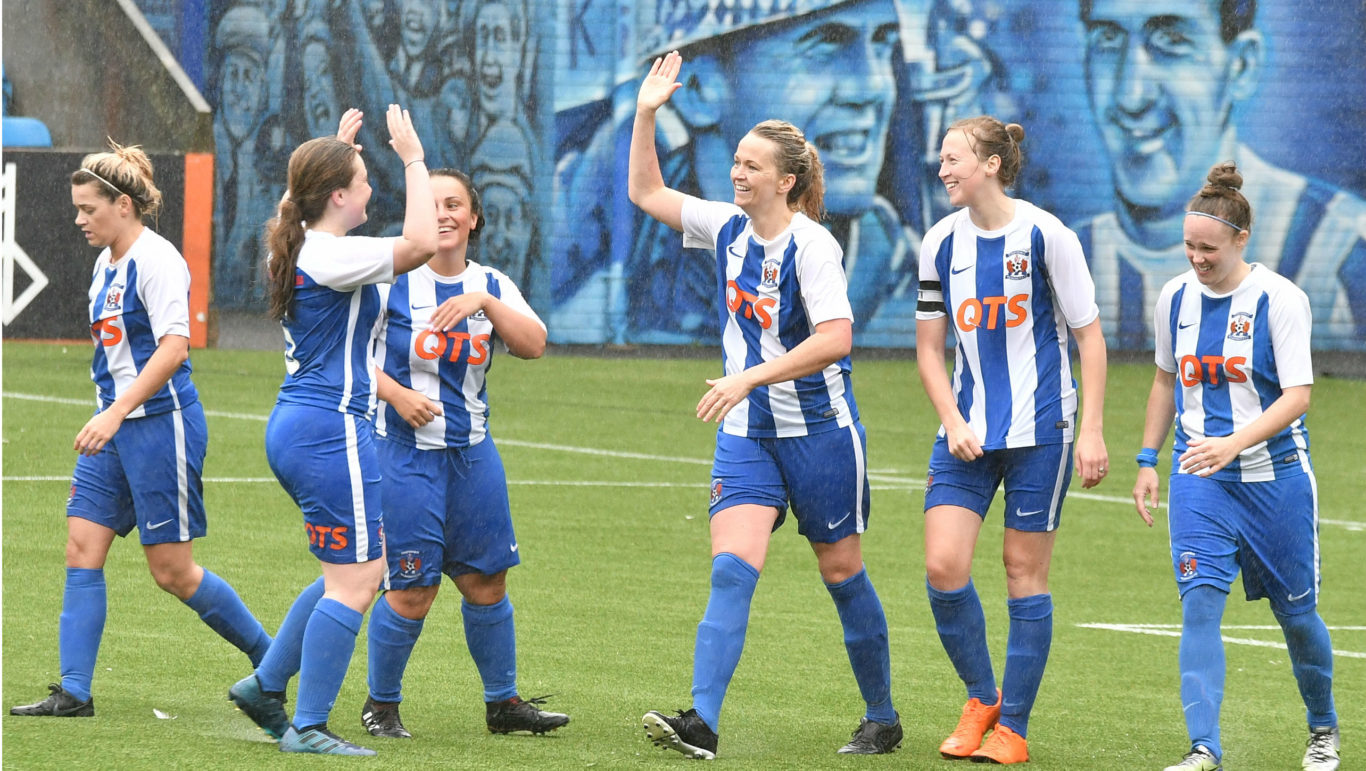 In a new series, we’ll be taking a look at everything going on in the women’s football department at Kilmarnock.

From our new U9 level to all the action from the senior Killie Ladies side, we’ve got you covered.

Kilmarnock came away from Saughton Enclosure with all three points after putting Hutchison Vale to the sword in the capital.

After a slow start, the hosts opened the scoring early in the game, a mistake in defence allowed the striker to pick the ball up and smash the ball home off the underside of the cross bar from the edge of the area.

This seemed to spark Kilmarnock into life and they found an equaliser thanks to a combination of their centre backs, following a corner Amy Burrows found herself on the left wing and her pinpoint cross found Laura Neil who headed past the goalkeeper.

Clare Docherty gave Kilmarnock the lead, a wonderfully-timed late run saw her latch onto the ball and finish passed the goalkeeper.

Dana Baird scored the goal of the game minutes later to give Kilmarnock a two-goal advantage, driving down the left side to cut inside before rifling the ball into the roof of the net from the edge of the area.

The half time score was 4-1 to Kilmarnock, Docherty grabbing her second after rounding the keeper and passing the ball into the net.

The second half began in much the same way the first ended, with Killie in total control, but it took 22 minutes and a flurry of missed chances before they stretched their lead any further,

Two well-worked goals from Lisa Swanson and one from Suzie MacTaggart opened up a 7-1 lead.

Hutchison Vale pulled one back as the game played out, a great individual run being finished well into the bottom corner. Kilmarnock had further chances to extend their lead but it wasn’t to be.

With no match this weekend due to the Scottish Cup quarter-finals, Killie are back in action on September 22 against Dundee United at Rugby Park.

The U15s fought out a Scottish Cup epic with Rangers, coming from 4-0 down to force the game into extra time.

It looked as though the girls were floored early doors in Glasgow, but a stunning fight-back brought renewed hope – only to be cruelly denied by a Rangers free-kick deep into injury time.

The first half started with both teams having a real go with half chances created by both sides. Rangers scored the first goal after 15 minutes.

The Govan outfit doubled their lead soon after when a long-range shot found the net: confidence had been dented and Rangers scored again before the half.

The second half began in an equally frustrating way for Killie as they allowed the Rangers attack to carve through and score: making it 4-0.

The girls went straight up and got a goal back through Forrest scoring from a corner, this spurred the girls on and within five minutes they scored again when a pass from Ferguson found Jackson, who had timed her run perfectly.

You could feel a swing in play, with Killie pressing Rangers and pushing for more goals and within 10 minutes Killie had remarkably pulled another two back through Cowan who scored two cracking goals from outside the box.

The score was then 4-4. With no more goals, the game ended – with extra time now needed to split the teams.

The two periods of extra time were very close but Rangers grabbed the winner from a brilliant free kick.

We’re pleased to announce the launch of a new U9s section in the Kilmarnock Ladies youth academy.

Targeted at young girls aged from 7-9, priced at £2 per session and training every Tuesday from 5-6 in the indoor hall at the McIlvaney Campus, get your wee lassie involved today.

To sign up email, Niall Marshall, head of academy: coachniallmarshall@gmail.com