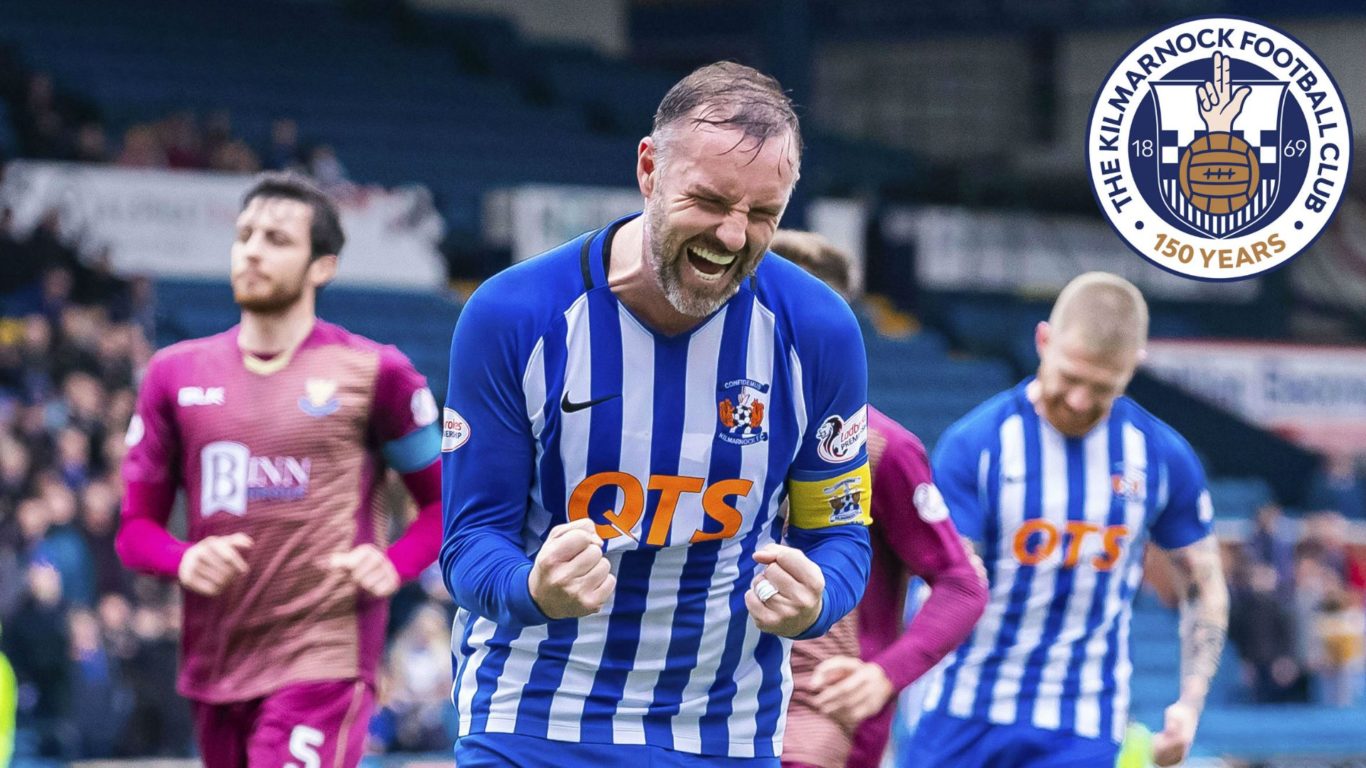 Win sets us up for Dons clash, says Kris Boyd

Boyd hit the 136th goal for the club, firing home from the penalty spot after Saints defender Jason Kerr had handled his goal-bound header.

Admitting his relief to get back on the goal trail, the club captain is looking forward to an exciting end to the campaign.

“It was important going into the game that if we want to finish third or above then we had to win this game and we’ve done that. I thought we started on the front foot and got our goals at good times.

“It’s a great three points, which sets us up now for that game against Aberdeen.”

The goal was Boyd’s first in the league since November and he was delighted to find the back of the net once more.

“It’s always nice to score, but the most important thing for me is that the team won and got the points,” he said to Killie TV.

Boyd’s goal means he found the net in the league 121 times, the same number as fellow club legend Eddie Morrison.

He said: “To be fair, it’s been a long time coming because going back to the start of the season after last year, you are thinking you can kick on and close in.

“It’s been a bit of a stop start season for me, personally speaking. I’m hoping that we can finish strongly now.

“I just keep going in every game and when you get the opportunity of a penalty then you look to tuck it away.”