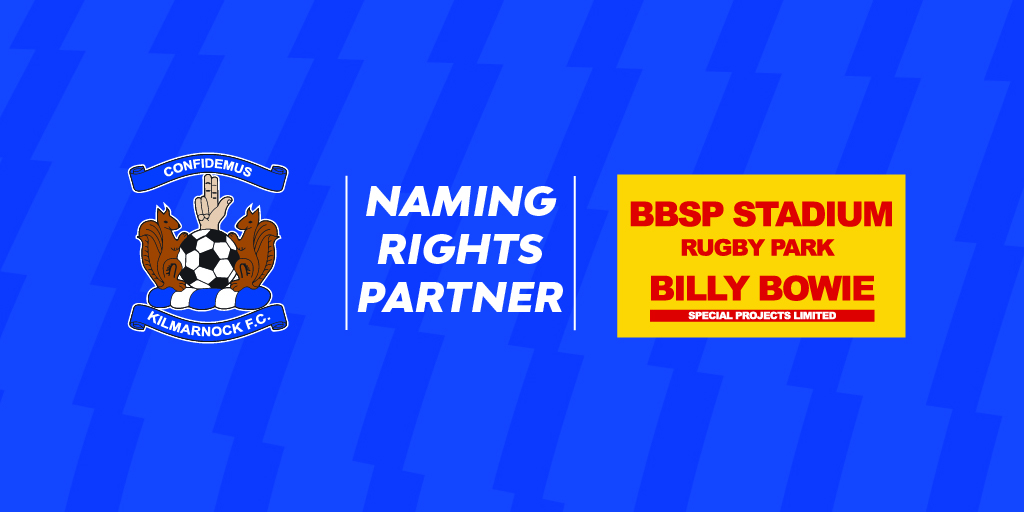 The six-figure deal will see increased investment from our majority shareholder, Billy Bowie as we head into one of our most challenging seasons yet, during these unpreceded times.

The stadium will now be known as The BBSP Stadium, Rugby Park.

Speaking about the partnership, Club Director and Managing Director of BBSP, Billy Bowie said: “I’ve invested heavily in the club for the past seven years, and with our partnerships family growing, even as we head into uncharted territories, the time is right for us to dig deep and support the club.

“The fans have really rallied behind Killie, spending in the Club Shop and renewing their season passes. Our loyal sponsors have been there for us as well and it is times like these that show just how strong a community Killie is.

“As fans are aware, I have put a lot into the club over the last few years, and rather than take these funds back from the club, I have agreed to offset an amount, plus some additional spend to become the official naming partner of the stadium.

“The stadium will always be known as Rugby Park to our fans and I don’t want to take that away, so we have added our name to the start, naming the ground The BBSP Stadium, Rugby Park.

“The club are so grateful that we have such a strong sponsor family, and BBSP are really looking forward to joining that line-up.

“As we head into our first home match of the season this weekend, we won’t get to hear that mighty roar at The BBSP Stadium, Rugby Park, but we will be there in spirit, cheering on the team.”