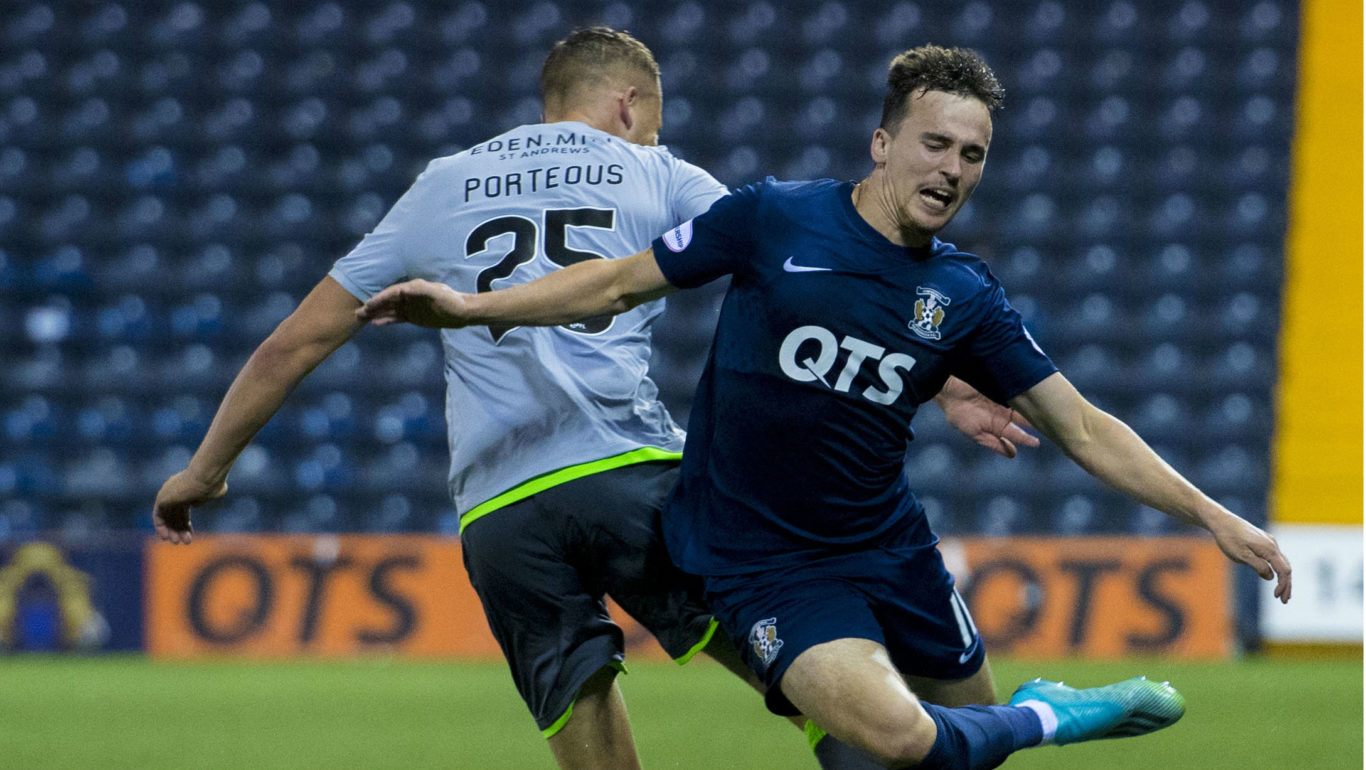 Liam Millar says he and his Killie team-mates must recover from the disappointment of their Betfred Cup exit and regroup ahead of our weekend clash with Ross County.

In a tough encounter, the Canadian attacker was on the end of a horribly crude tackle, which earned Hibs defender Ryan Porteous a straight red card in the closing moments of extra time.

Millar dusted himself down and took part in the penalty shootout, scoring his effort as Killie went down 5-4 on spot kicks to the capital club.

He told Killie TV: “Obviously everyone is disappointed and we all felt we should have won the game inside 90 minutes and after Extra Time but in football, you don’t always get what you want.

“There’s nothing we can do to change the past, that’s something I live my life by.

“You have to keep moving forward and just focus on the game on Saturday because that’s what is important. We’re out of the cup so we have to focus on the league and get in the best position possible.”

Touching on Porteous’ tackle, he added: “I’m alright. There was really no need for him to do it.

“He just took me out on the side for no reason. It’s just reckless and he deserved the red card.”

On loan from Liverpool, Liam has become a key part of the team since returning to Rugby Park and he believes there’s more to come as his match sharpness improves.

You can watch Liam’s interview in full on Killie TV.