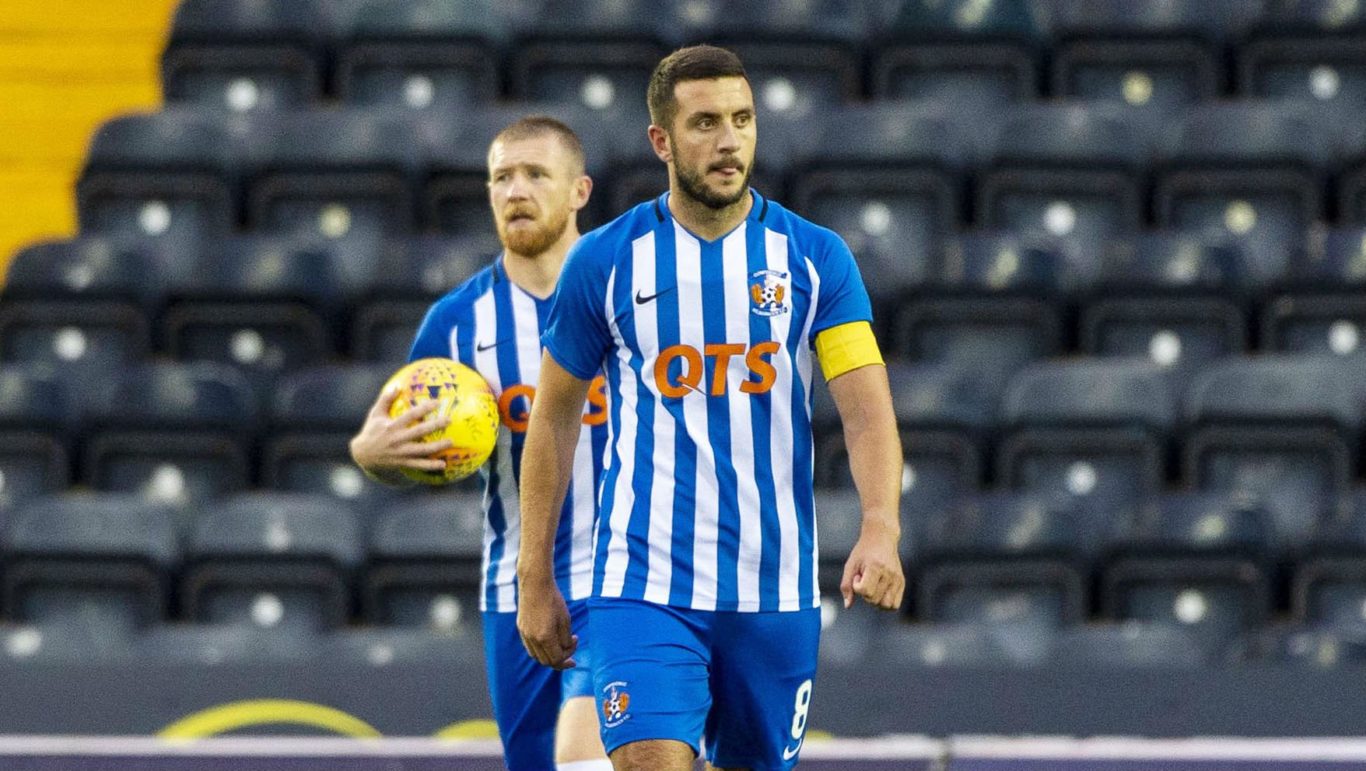 Gary Dicker says the players must accept the criticism for Killie’s Euro exit, stating the defeat to Connah’s Quay Nomads is the most embarrassing result of his career.

Goals from Ryan Wignall and a penalty from Callum Morris saw the Welsh side run out 2-0 winners at Rugby Park and send Killie crashing out 3-2 on aggregate.

The dejected captain spoke to Killie TV after the game and was honest in his assessment of the match.

He said: “I’m embarrassed. We got a good crowd and we threw away two years of hard work to get a chance to play in Europe to produce that. It was a million miles off it.

“We’ll take the criticism because we’re out there doing it. We’re big enough to take the credit when it is going well so we’ll accept what comes our way.“We didn’t control the game. We had possession but we gave too many chances away, we were too open. We got away with it last week and it covered up the cracks when we won 2-1.

“It is so hard to take and we’ve only ourselves to blame.”

Our next match comes on August 4 when we start our SPFL Premiership campaign at home to Rangers and Dicker says the team’s recovery has to start with the basics of the game.

He added: “Hard work is what got us here. The minute we think we are better than that then we are in trouble. We got where we were by doing the ugly things well and being hard to beat.

“I can’t even explain that because it’s the most embarrassing game I’ve ever been involved in. “I can only apologise to the fans because they turned up in their numbers and they expect better and that’s not good enough.”