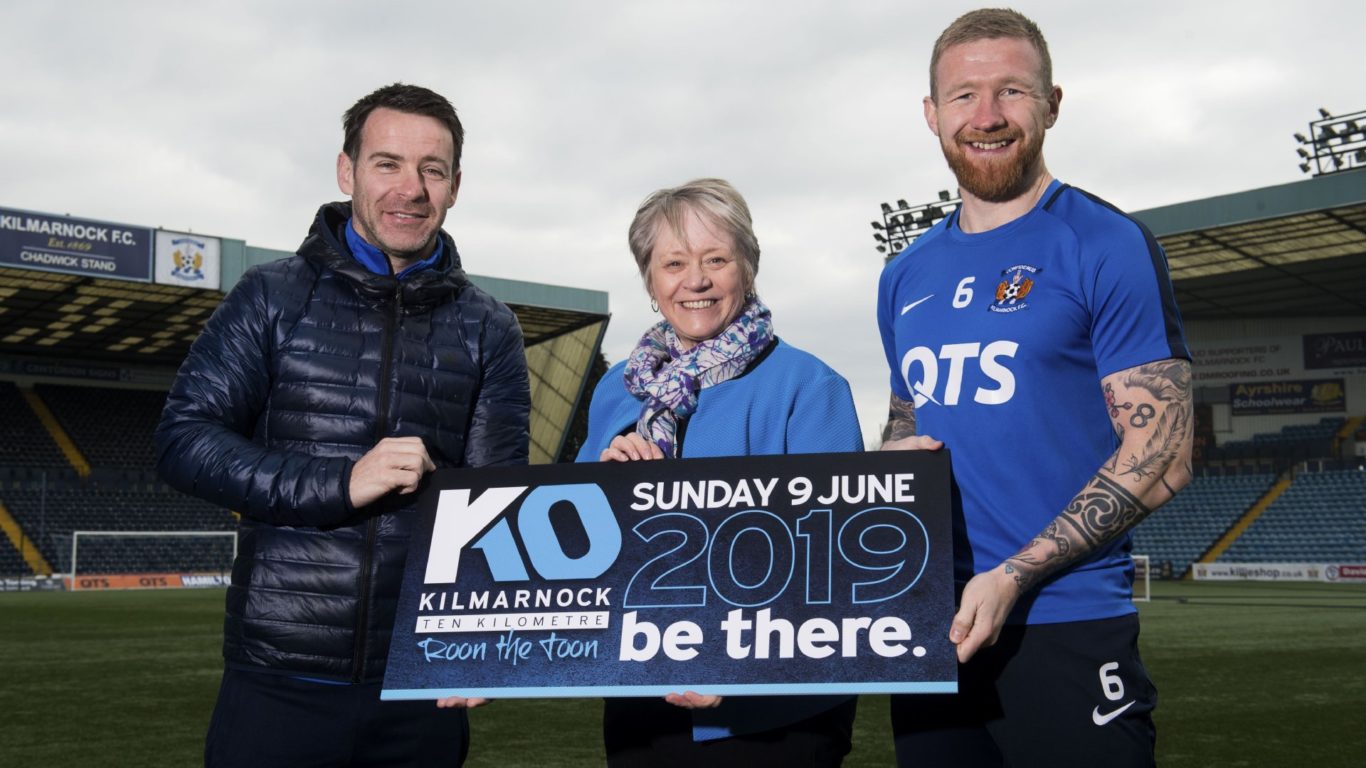 Turn the Town Blue & White for Roon the Toon

Roon the Toon kicks off this Sunday, June 9 at 10am and we want as many of our Killie Fans running to don their favourite Killie Strip in a bid to turn the Town Blue & White. As we celebrate our 150th Anniversary, we look forward to partnering with this great event and backing the runners with some great Killie giveaways on completion of the race.

Club Director, Cathy Jamieson will be on hand to open the event as well as the KCST funded water station, which will be staffed with the KCST Team and volunteers outside the entrance to Rugby Park, to keep runners hydrated on the day.

Roon the Toon is a community-based event, open to runners of all abilities, from some of Scotland’s best athletes to the most casual of joggers. You can even push a pram around in the 10K Stroller Roll. The event is fully inclusive and also features The Scottish Championship 10K Wheelchair Race.

The event aims to provide the motivation for participants to get more active and has been highly successful in this respect, growing from strength to strength each year. It also helps significant funding for other local great causes.

This year, just under 1500 people have signed up to the race, a record total for organisers. Competitors are reminded that they are welcome back at the Park Hotel after the event, for the post-race after party. There will be a buffet, entertainment and a cash bar for runners to enjoy. The event is open to friends and families, but runners will receive discounts on the buffet.

“Roon the Toon has become a pivotal event in the town and it’s a great partner event for the Club to be associated with.”

“In the clubs 150th Anniversary Year, and originally, we were trying to encourage at least 150 of our supporters to enter and run in their Killie shirts, old and new.”

“With numbers up, I’m sure we can do way better than 150, and make sure that we turn Killie blue & white with as many fans running in their favourite Killie strips as we possibly can.”

Club legend, Garry Hay has taken part in the event since its inception and is looking forward to another year:

“It’s great to see the Club and Roon The Toon coming together to celebrate the 150th Anniversary. I’ll be running in some classic Killie blue and white stripes, so I’m sure a few more Killie fans will be able to get the famous strips on and join me on the starting line.”

Fans are reminded that various roads will be closed in and around Killie between 9am and 12pm to accommodate runners. All of the road closure information can be found on the Roon the Toon social media channels.