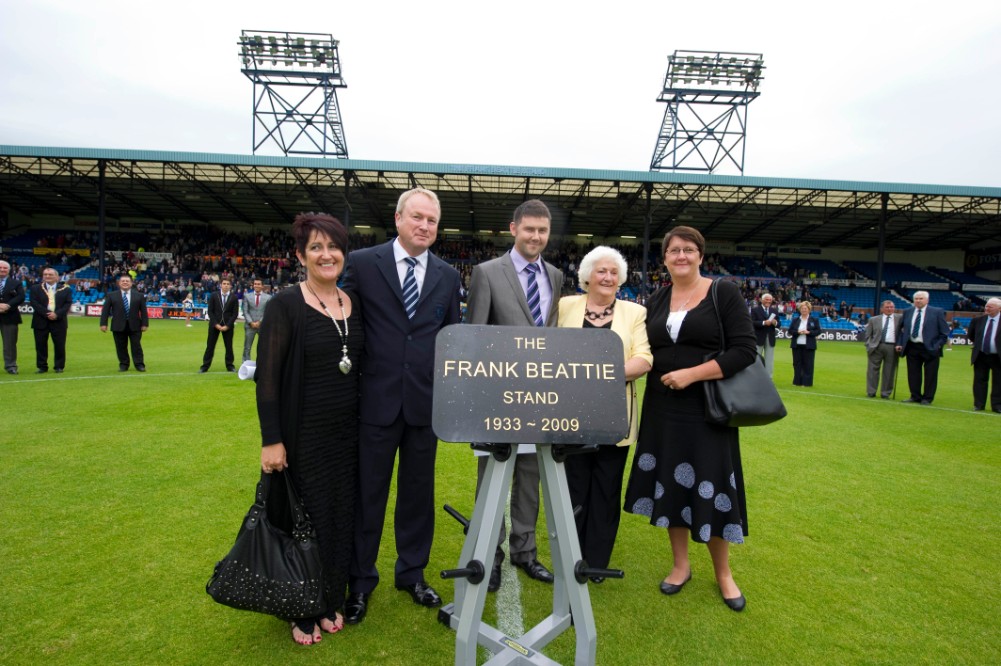 Everyone at Kilmarnock Football Club is deeply saddened to hear of the passing of Mrs Betty Beattie.

The wife of legendary Killie star Frank Beattie, Betty was a warm and familiar face to all at Rugby Park and her presence will be sorely missed.

The Beattie family are treasured members of the Killie dynasty and Betty was a regular attender of Player of the Year events.

In addition to following Killie’s fortunes on the field, she had fond memories of Rugby Park’s West Stand being renamed the Frank Beattie Stand as well as seeing the unveiling of our Killie 150 mural, which features an image of Frank.

Our thoughts are with Betty’s family at this difficult time.