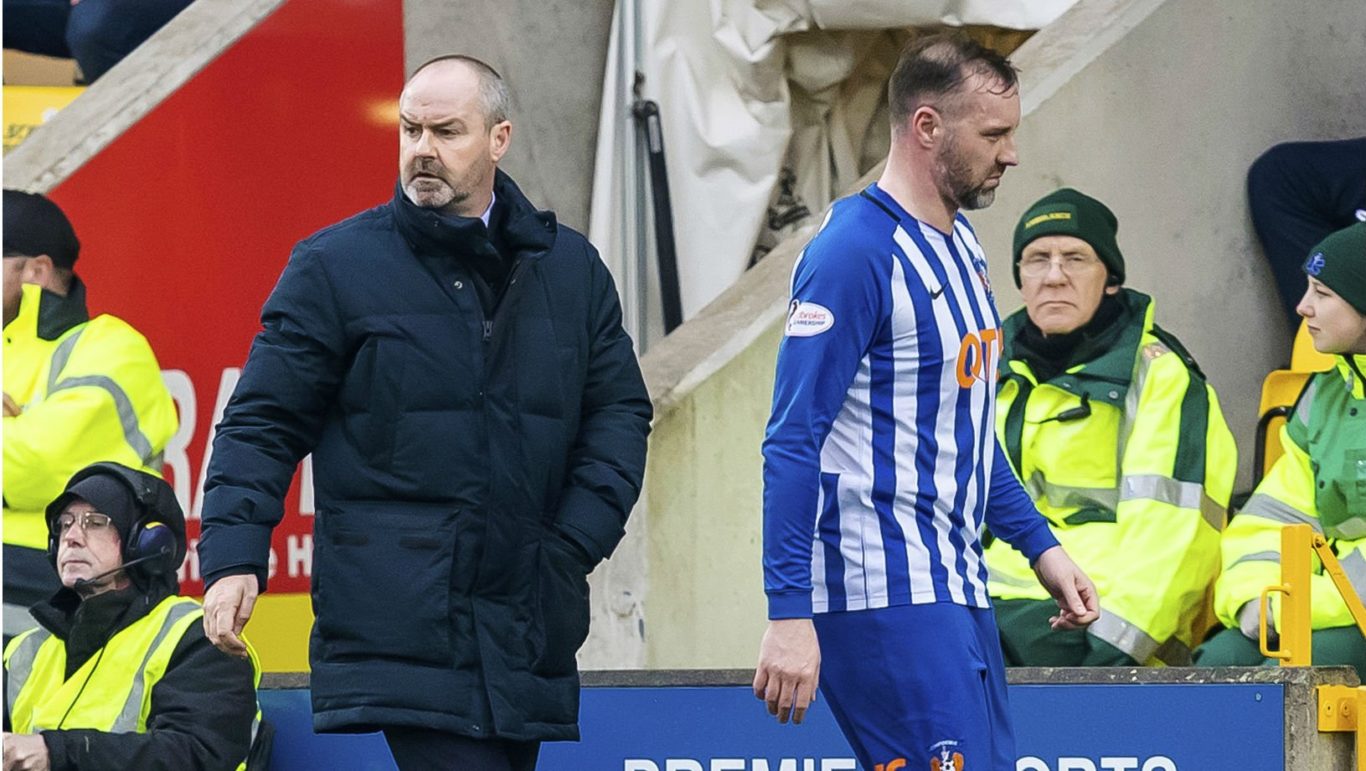 Steve Clarke has backed his Killie squad to bounce back after a difficult week ended with a 1-0 defeat to Livingston.

Chris Erskine’s goal was enough to give Gary Holt’s men all three points with Killie striking the cross bar three times during the match.

After bruising encounters with Celtic and Rangers over the past seven days, which included sectarian abuse directed at the manager and club captain Kris Boyd, this afternoon’s task didn’t get any easier with seven changes to the starting XI.

Reflecting on the performance at Livingston, the manager said: ‘We were in the game from the first minute until the last minute. The boys who came in did great and I’ve no complaints as a coach.

‘You look at the effort and application and maybe, maybe we just lacked a little bit of quality in the final third but we hit the crossbar three times.

‘Everybody will look at the result and think ‘oh Kilmarnock have gone’ but if you watched that game then we haven’t gone.

‘It’s been one of those weeks which sometimes reminds you that professional football is a tough game.’

Killie fans unveiled a banner to show their support for the manager and he was quick to show his appreciation for the gesture.

He added: ‘Since the day I walked in at Firhill, the Kilmarnock fans have always been with me. They were fantastic and it was great support again and I’m sorry we couldn’t send them home happier.

‘We have to go again on Wednesday night against a resurgent Motherwell. It would be nice to get a win. I will be spending the next three days making sure we’re ready and prepared for that game.’