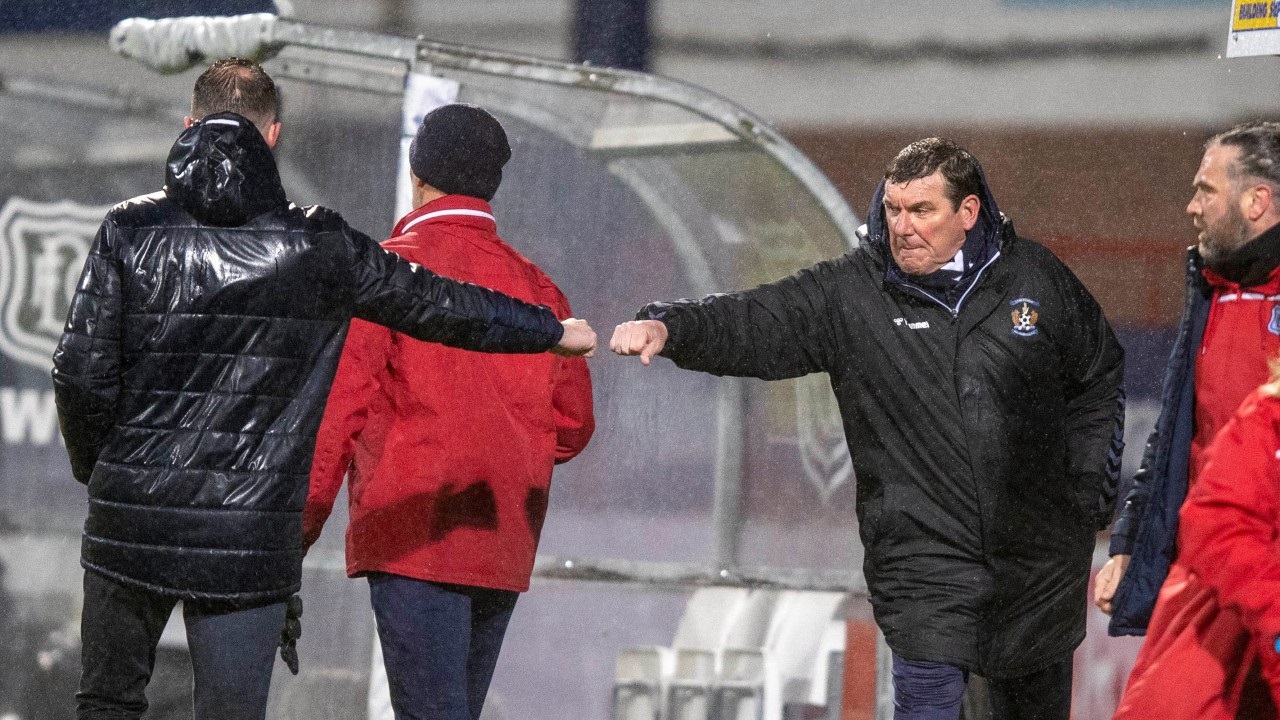 Tommy Wright vows team will fight until the end

Tommy Wright has vowed his Kilmarnock side will fight until the final whistle after going down 2-1 to Dundee in the first leg of our Premiership Play-Off.

Brandon Haunstrup’s effort has given Killie hope after goals from Jordan McGhee and Charlie Adam had put the hosts two goals ahead on Tayside.

Ahead of the final showdown on Monday in Ayrshire, the Killie boss has urged the Rugby Park faithful to stick with them team ahead of massive 90 minutes.

"Keep believing, we're still in this and we'll fight right to the end." pic.twitter.com/3SkDzXOdPA