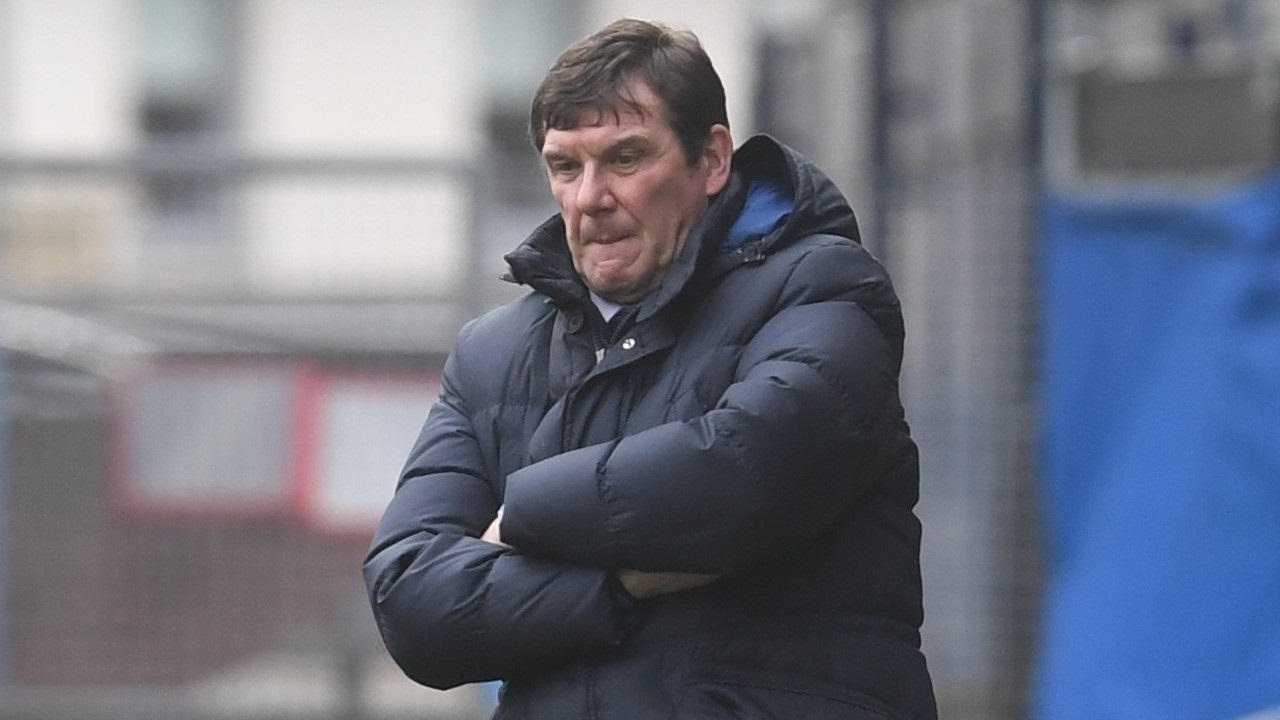 Tommy Wright hopes the backing of 500 Killie fans inside Rugby Park can help push his team over the line and help secure our Scottish Premiership status.

The manager spoke to the media ahead of the second leg of our Play-off with Dundee with Killie 2-1 behind from the first leg.

As well as the match, the Killie boss discussed Youssouf Mulumbu’s absence from the club.