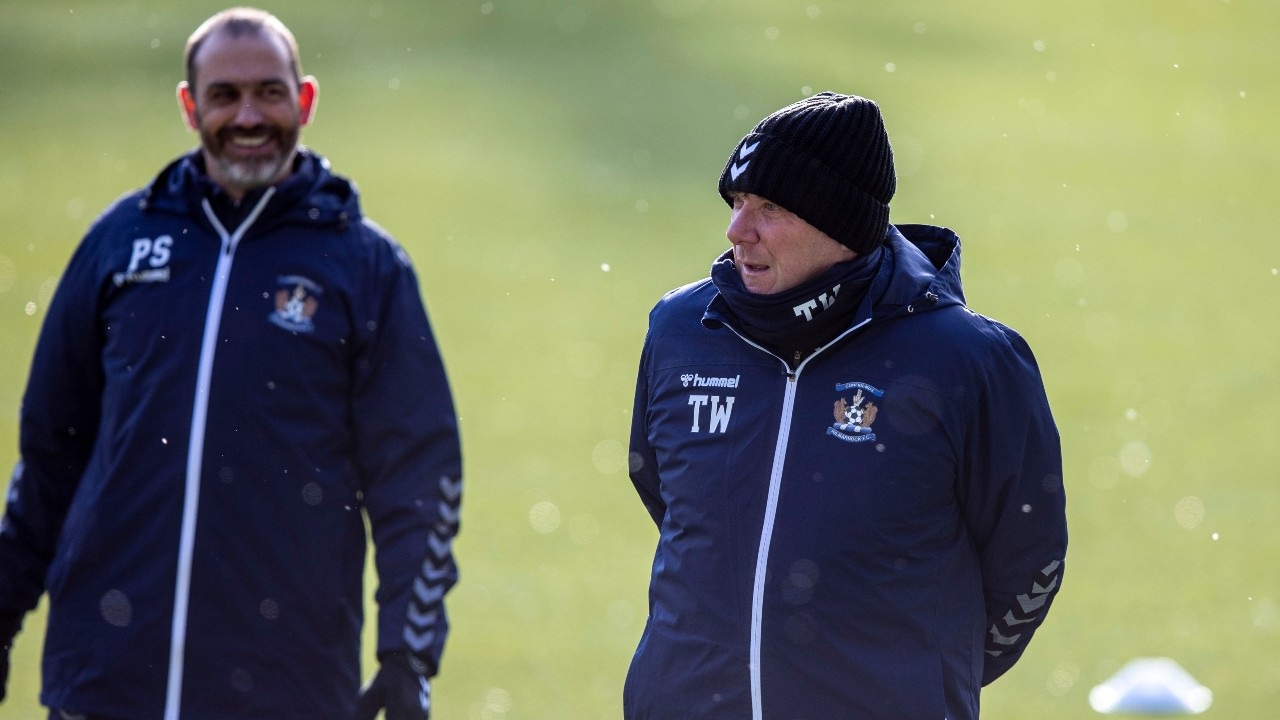 Tommy Wright wants to see more self belief from his Kilmarnock side in the attacking third of the pitch as he wants to add to Aberdeen’s recent woes.

Both Killie and the Dons are looking for a confidence boost going into tomorrow’s Pittodrie clash with the home side without a goal in six matches.

However the manager is fully aware of the challenge posed by Derek McInnes’ men.

“When you are on the run we are on, you have to pick up points. We have to start winning games and the players are fully aware of that.

“Derek has done a tremendous job up there – him and Tony Docherty [assistant manager]. They are always in the firing line because of the expectation level which they have created with the success that they’ve had. It [lack of goals] can happen to any team and let’s hope it continues for one more game.

“They’ve got good players and they recruited well in the window – [Florian] Kamberi will give them an edge, Hornby looks like someone who will be a threat and I obviously know Callum Hendry but you look at the quality throughout the squad with [Lewis] Ferguson, [Jonny] Hayes, [Matty] Kennedy and they are strong at the back.

“They’ve got a really good squad of players and irrespective of the fact they’ve not scored in six games, they’ll certainly be favourites for the game but we go there believing that we can create more difficulties for them and try and get the three points.”

Kyle Lafferty and Kirk Broadfoot have trained with the squad this week while Calum Waters continues his road to recovery.

Alan Power remains suspended while Stuart Findlay continues to be on the sidelines through an ankle injury.