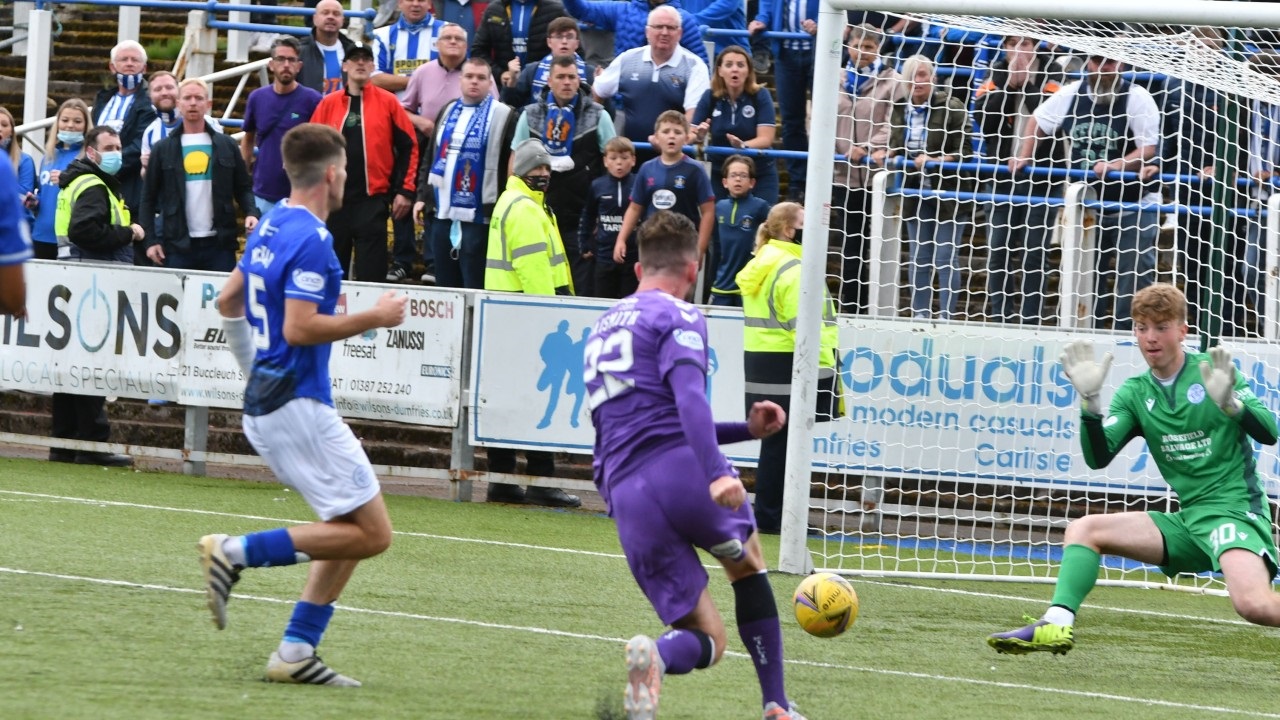 Jason Naismith admitted he felt time stood still as he waited to fire home his last-minute winner at Palmerston.

The right back struck in the final minute of the match to give Killie a vital 1-0 win at Queen of the South and continue our unbeaten start to the cinch Championship campaign.

He spoke to Killie TV after our first away league encounter of the season.

"It seemed as if time stopped when the ball came through to me… I felt as if I'd be running for five minutes before I decided I was going to the crowd!"