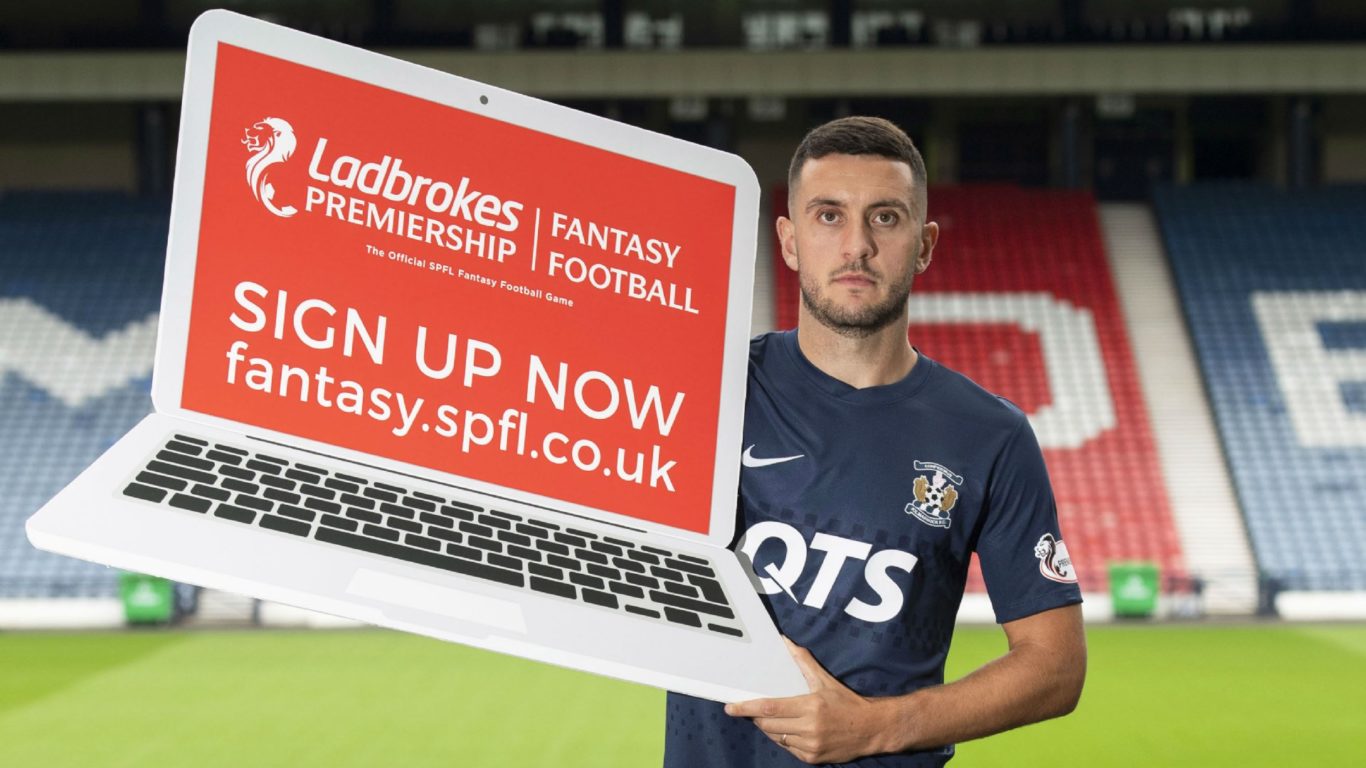 The price of your Killie stars in Fantasy Football

The new season is nearly upon us and now you can get even more absorbed in the action with the launch of the brand-new Ladbrokes SPFL Fantasy Football game.

A great fun way to show off your knowledge and take on your mates, we took a look at how our Killie stars could fit into your team.

With a starting budget of £180m, there are plenty of great pickups from Angelo Alessio’s squad to help power your team to glory.

In goals, Jamie MacDonald is valued at £10m while new recruit Lary Branescu could be a steal at just £8m with Rangers’ Allan McGregor the highest-rated shot stopper in the game at 16.2m.

Moving into defence, Scotland international Greg Taylor is the priciest Killie ace at £13.8m, a few million cheaper than James Tavernier who tops the charts at a cool £18m.

Right back Stephen O’Donnell comes in at £11.9m while Super Stuart Findlay is sure to be a popular choice at £12.9m with vice-captain Kirk Broadfoot costs £11m.

Midfield maestro Chris Burke’s assists could see him win you plenty of points and it’s little surprise to see him head this section at £14.4m. The dependable and dynamic midfield pairing of Alan Power and Gary Dicker are both valued at £12.5m while summer recruit Mo El Makrini comes in at £8m.

Every fantasy team needs a reliable frontman and last season’s top scorer Eamonn Brophy will set you back £13.3m, which seems fair enough to us.

You’ll also find Rory McKenzie in the forwards section at £9.8m alongside Greg Kiltie at £9.7m while Dom Thomas is listed at £8.5m in the midfield section.

If you want to take part then you can sign up at fantasy.spfl.co.uk and we’ll help you play along throughout the season.