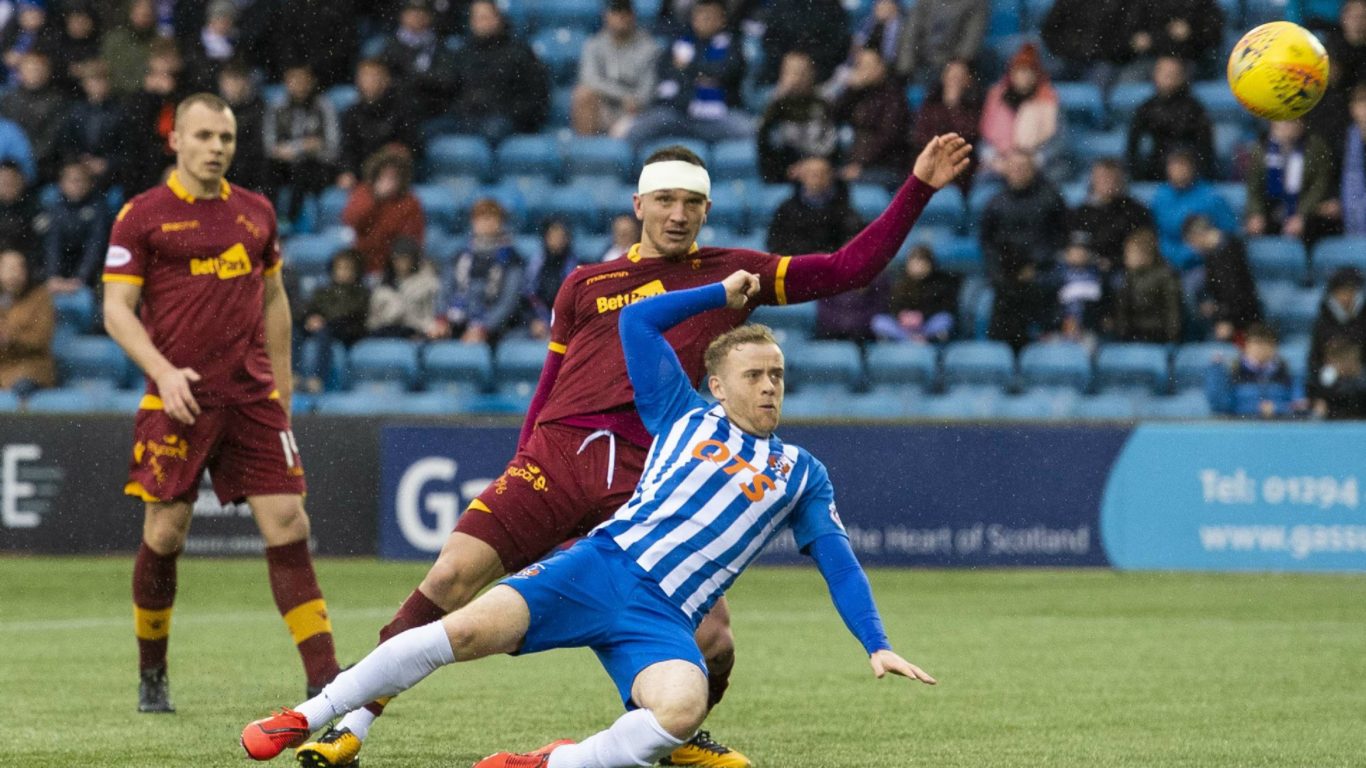 Rory McKenzie feels Killie's midseason trip to Tenerife will pay off after a tough run of matches since the winter break.

Steve Clarke's squad started their journey to their warm weather training camp in Costa Adeje on Sunday following the 0-0 draw with Motherwell.

He said: "There's been a lot of games. You have the winter break and then all of a sudden you are bombarded with games midweek.

"It's a bit strange but you know it’s nine days or so until the next game so it be good to rest the legs a bit and go again against St. Mirren."

The 25-year-old struck the woodwork for the second time in successive weeks after replacing Jordan Jones in the starting XI.

And while Killie haven't found the net since Chris Burke's goal at Dundee on February 6, Rory believes it's just a matter of time before the drought ends.

He added: "I just tried to get across the front of the boy and my foot actually slips as I’m underneath it. I'm falling back a bit but I thought it was in but it wasn’t to be.

"That’s two weeks in a row now but at least I’m getting the chances and you know one will come."