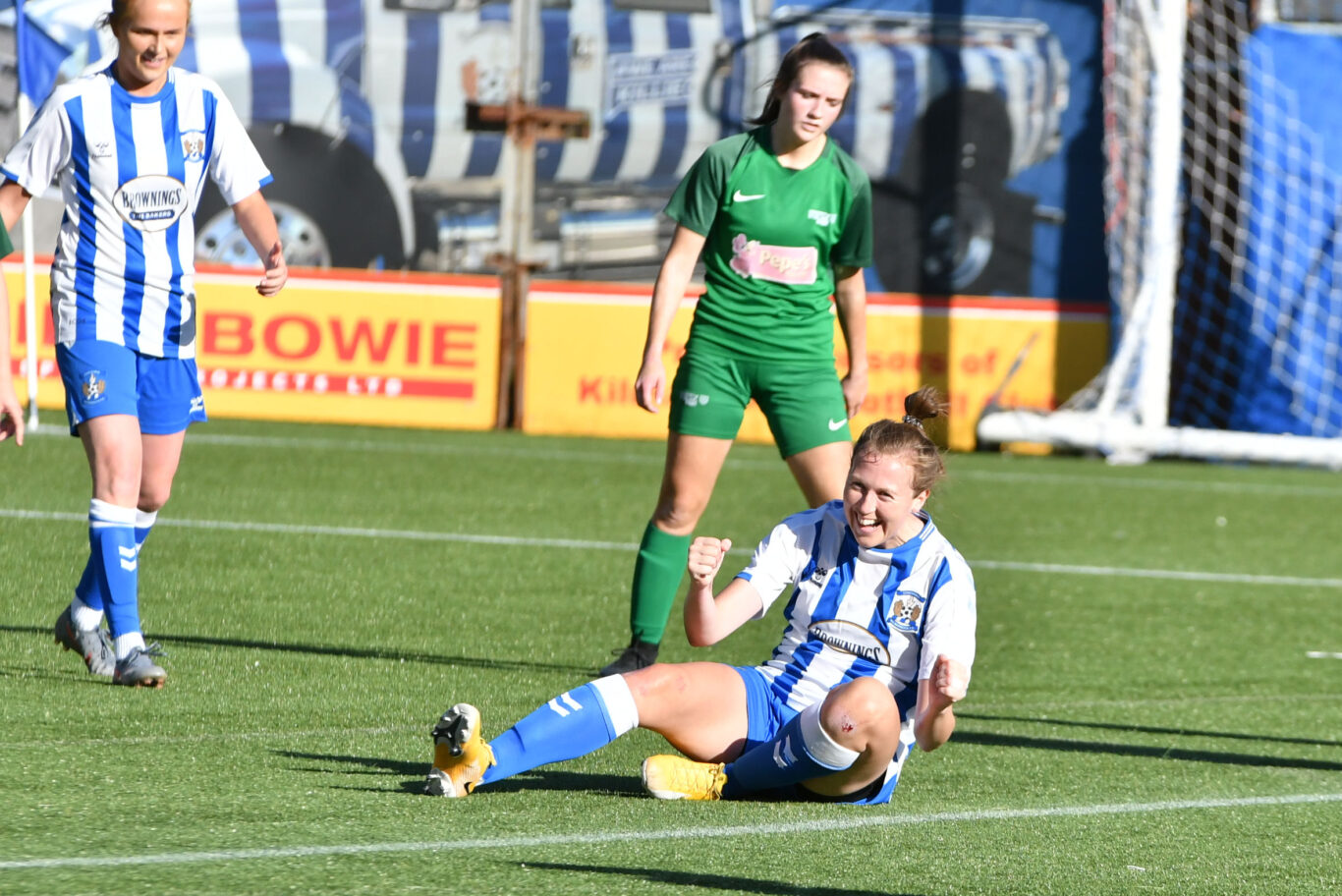 Lisa Swanson scored twice as Kilmarnock gained a 3-1 victory away to Stirling University to remain in the SWPL2 promotion race.

The forward, who is in the running for the league’s Player of the Month prize for October, continued her fine individual form as Killie fought back of an early setback to take all three points and stay in third spot.

Mariluz Sanchez gave the home side the lead after just two minutes but Swanson responded with an excellent effort from the edge of the box after 36 minutes to ensure matters were even at the break.

Killie ran out 7-0 winners when the teams last met and despite heavy pressure from the visitors, this was a much more even contest.

The key moment came after 74 minutes as midfield dynamo Abby Robinson latched onto a ball over the top and lashed the ball into the roof of the net.

Victory was secured after 81 minutes as Swanson scored her second of the match, volleying over the Stirling goalkeeper to make sure the points returned safely to Ayrshire.