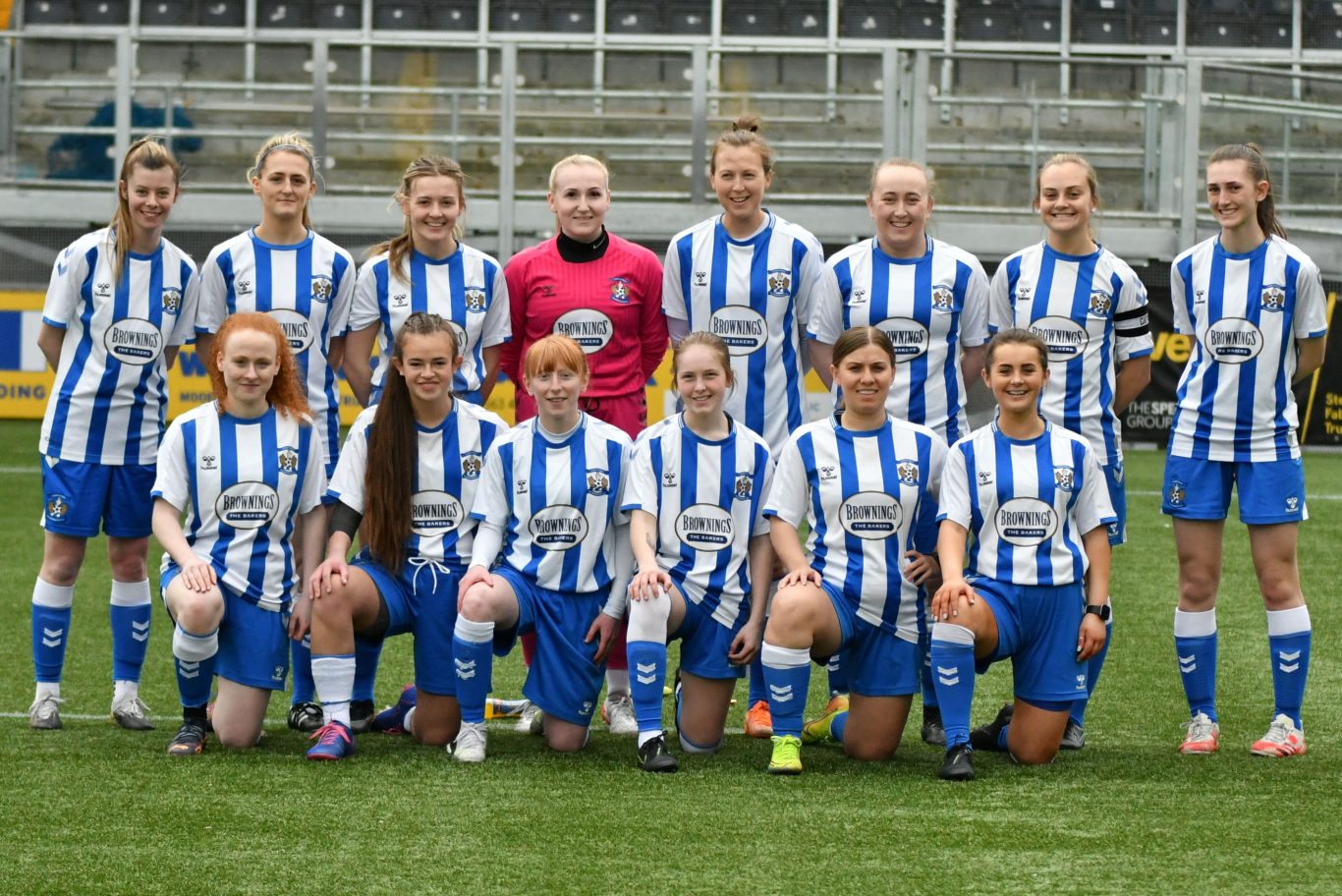 Alex Middleton was the hat-trick hero as Kilmarnock bounced back from weekend disappointment with a fine 4-1 win away to Queen’s Park.

After going down at home to Glasgow Women on Sunday, Andy Gardner’s team were looking for a response and they got one after nine minutes as Middleton met Abby Robinson’s corner to head home.

Mhairi Fyfe struck the post just after the half hour mark as Killie looked to build on their lead and they did exactly that moments later as Middleton got her second of the evening from a direct free kick.

Queen’s sit second bottom of the table but they were fully committed to mounting a comeback and they came out in the second half and reduced the deficit.

Killie refused to back down and a fine team move saw Abby Robinson showing great determination to apply the finish to restore our two-goal advantage.

Middleton’s hat-trick was completed with six minutes remaining with another great free kick to send Killie above St Johnstone in fourth place on goal difference.

The result sets up a huge home clash against second place Boroughmuir Thistle on Sunday with a win required to keep our promotion hopes alive.