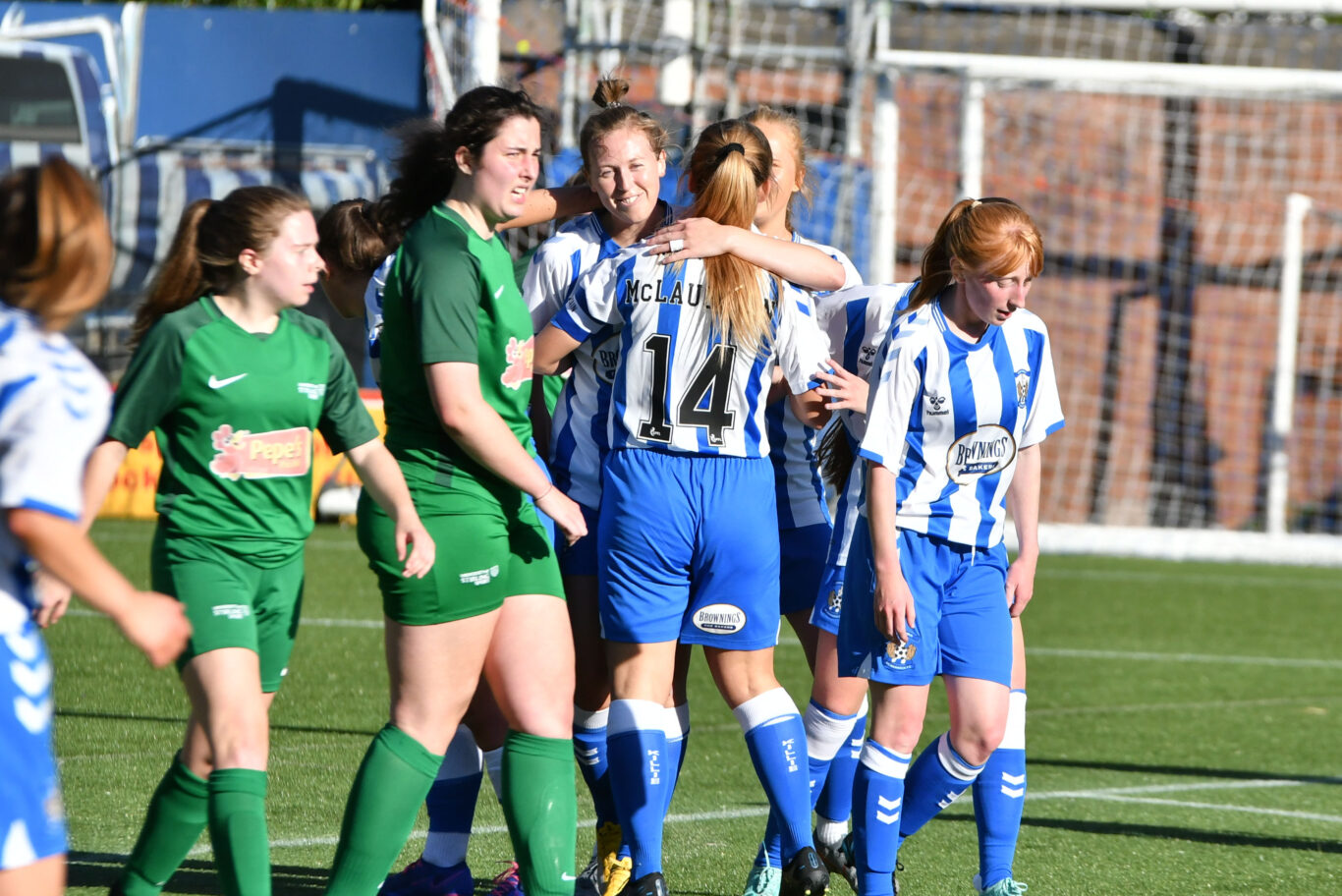 Killie claimed a first SWPL2 win of the season in style as they thrashed Stirling University 7-0 at Rugby Park.

A double from Monica Harty and goals from Shelley Campbell, Kirsty O’Brien, Lisa Swanson, Alex Middleton and Laura McLaughlin made it a successful day in the sunshine at home.

Campbell opened the scoring with her second free kick in as many games to get Andy Gardner’s team up and running and another Campbell set play created the second as Harty provided to the finish.

Two goals to the good after half an hour, Killie began to enjoy themselves as Campbell hit the crossbar with another free kick.

It only delayed the inevitable as the hosts got a third on 35 minutes through winger Kirtsty O’Brien.

Harty then turned provider for number four for Lisa Swanson to score her first goal of the season before the break. Harty would get her double as she volleyed home from Abby Robinson’s cross after 53 minutes.

Stirling simply couldn’t deal with Campbell’s deliveries as she gained another assist for Alex Middleton with ten minutes remaining before captain Laura McLaughlin rounded off proceedings from another Campbell corner.