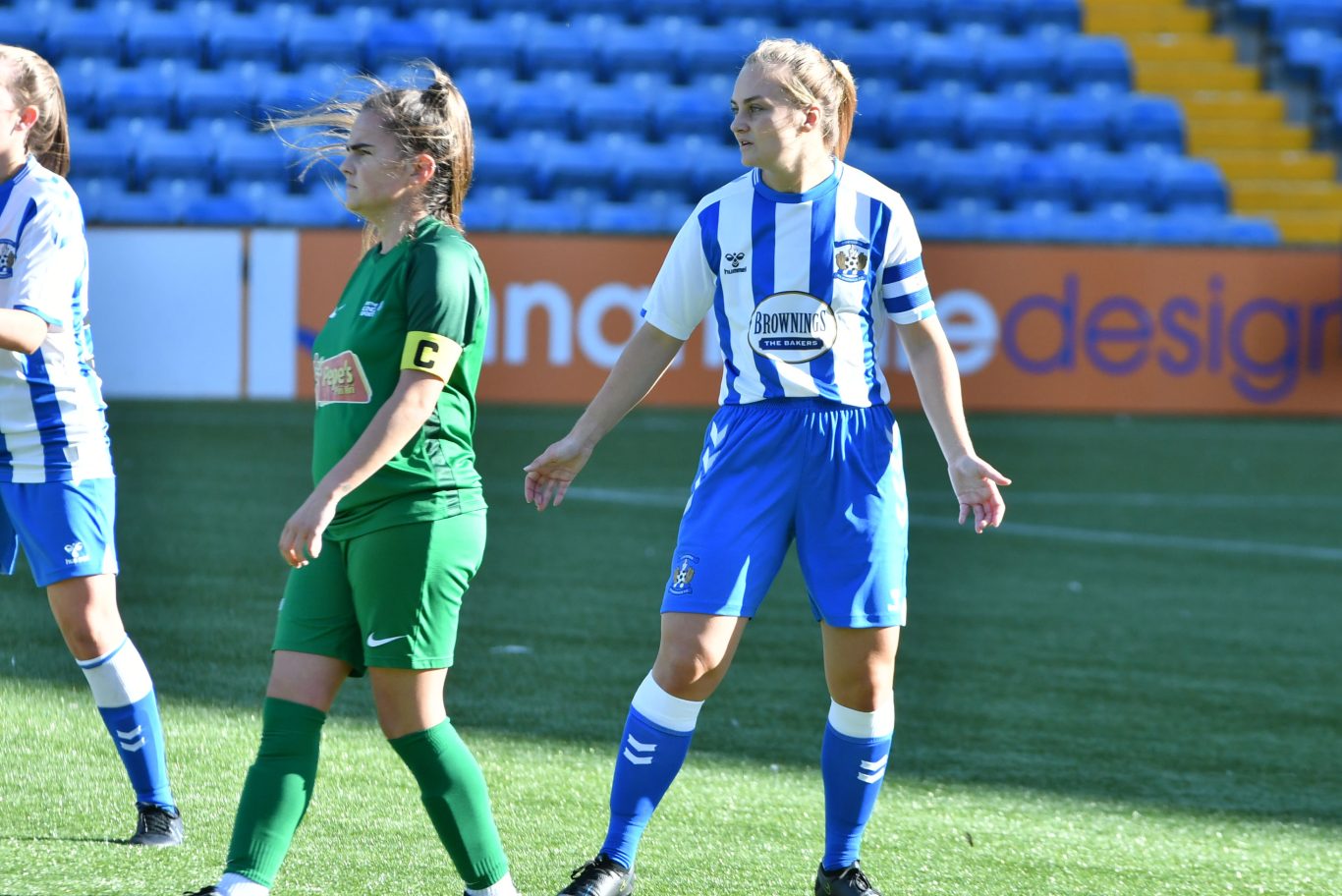 Kilmarnock completed a fine seven days in SWPL2 as they brought the week to a close with a 4-0 win over Stirling University.

Andy Gardner’s team had won 5-0 at St Johnstone in midweek and the coach stuck with ten of that line up with Kirsty Munro coming in for Kirsty O’Brien in the only change.

Having got on the scoresheet away from home on Thursday, captain Laura McLaughlin got Killie going at home as she met Abby Robinson’s corner to head home after 11 minutes.

The confidence was flowing through the side with Mhairi Crooks and Mhairi Fyfe both going close to adding to our tally.

Another set play would result in a second goal for the home side. Shelley Campbell provided the wicked delivery and it was Amy Burrows who headed home to ensure Killie were in control by the half hour mark.

Lisa Swanson had already seen one goal ruled out by the time Mhairi Crooks turned provider as Swanson showed composure to find the net. Stirling were well and truly on the ropes and they were fortunate not to fall further behind before the break as Robinson and Campbell both hit the woodwork.

It was little surprise that the scoring slowed down in the second 45 with Killie able to make substitutions after a demanding few days of fixtures.

There was time for one more goal as sub Aimie Docherty made the most of her return from injury to produce an excellent finish from Mhairi Crooks’ pass to put the cherry on the cake.