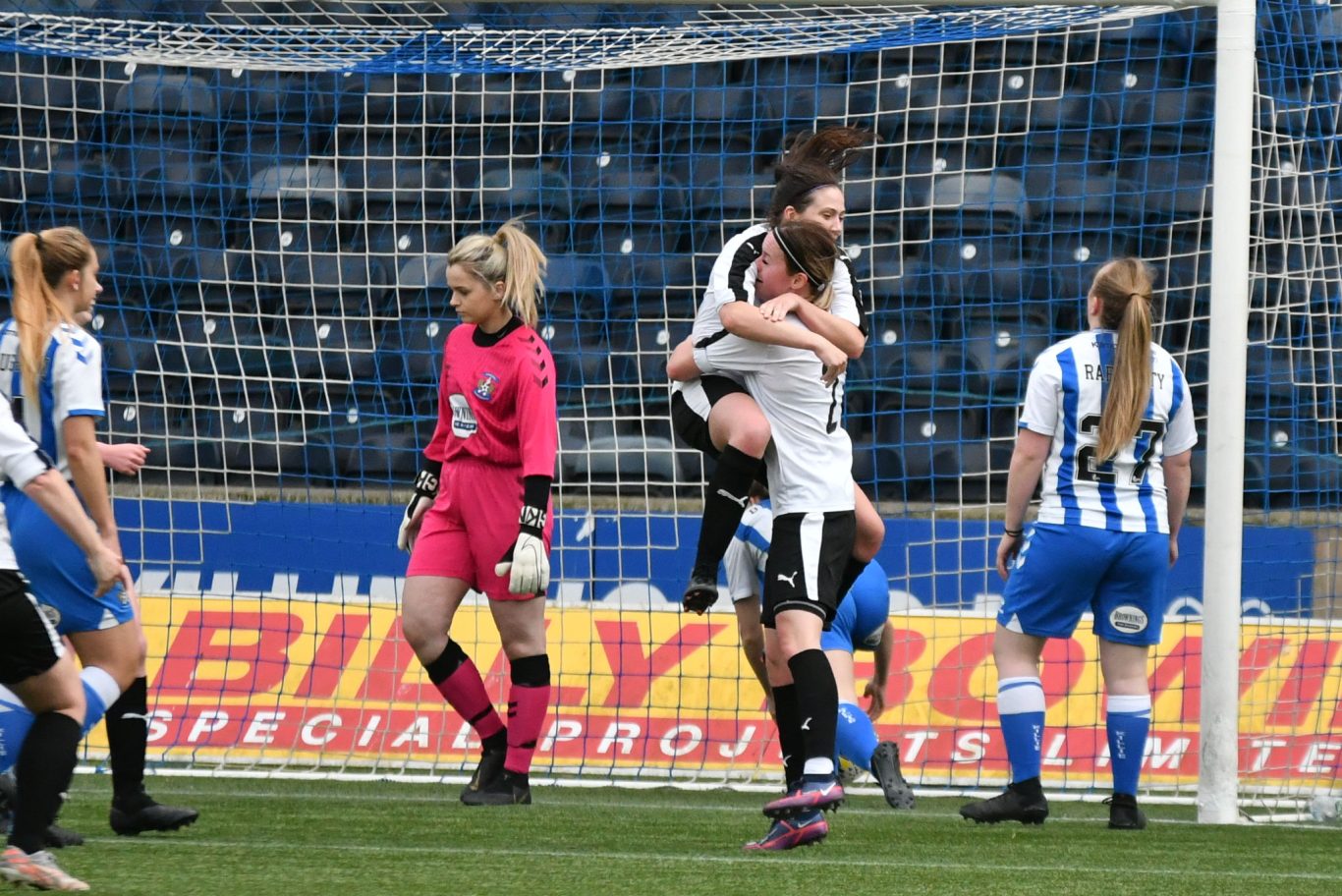 Kilmarnock’s hopes of promotion from SWPL2 were brought to an end after a 5-1 home defeat to Boroughmuir Thistle.

Boroughmuir sat in the second promotion spot heading into the match and they showed why as Anna Murray opened the scoring after nine minutes.

Killie responded two minutes later through Abby Robinson but that was as good as the day got for the home side as Boroughmuir restored their advantage ten minutes before the break through Samantha Duncan.

Shelley Campbell hit the crossbar while Mhairi Fyfe was denied by the visiting goalkeeper and the hosts were made to pay.

Quickfire goals from Beth MacLeod and Fiona Gibson put the game out of sight with Samantha Duncan getting her second of the game on 77 minutes.

The result leaves Killie 11 points off Boroughmuir with just three matches of the season remaining with only the battle for fourth place left to play for.