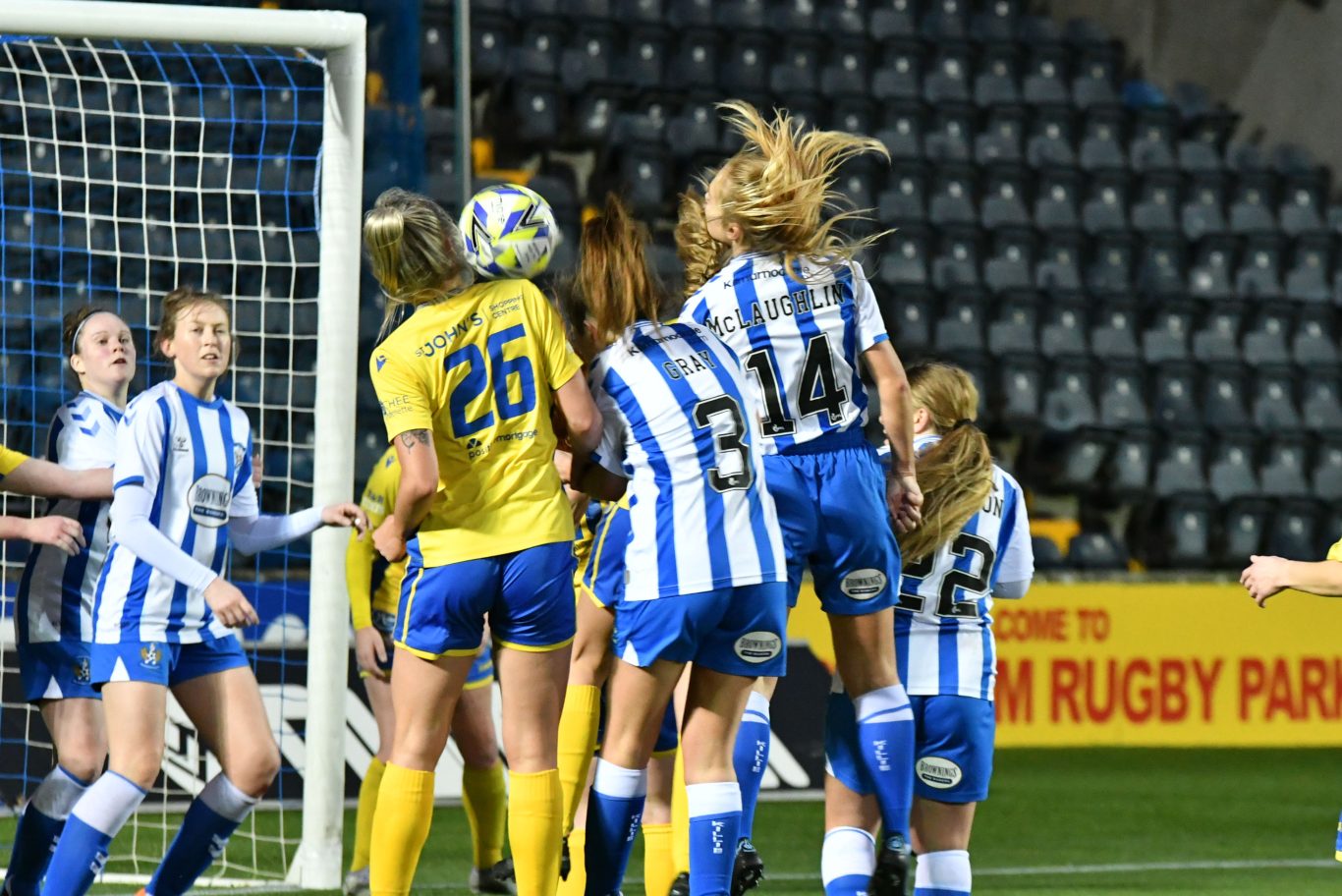 Kilmarnock’s hopes of keeping pace with the top two in SWPL2 suffered a blow as they suffered a 4-1 home defeat to St Johnstone.

In their first home game of 2022, Killie made most of the running in the first half only to go a goal behind as Laura Wight forced the ball home from a Saints corner.

The home team responded in the right way and were level with the last action of the first half. Defender Eva Gray met the ball perfectly to equalise in injury time to leave matters even at the break.

St Johnstone regained the lead on 62 minutes as Leia Glading scored and Brodie Clark then extended Saints’ advantage ten minutes later to make it 3-1 to the visitors.

Fern Newbigging added a fourth for Grant Scott’s team on what was a disappointing day for the girls in blue and white.