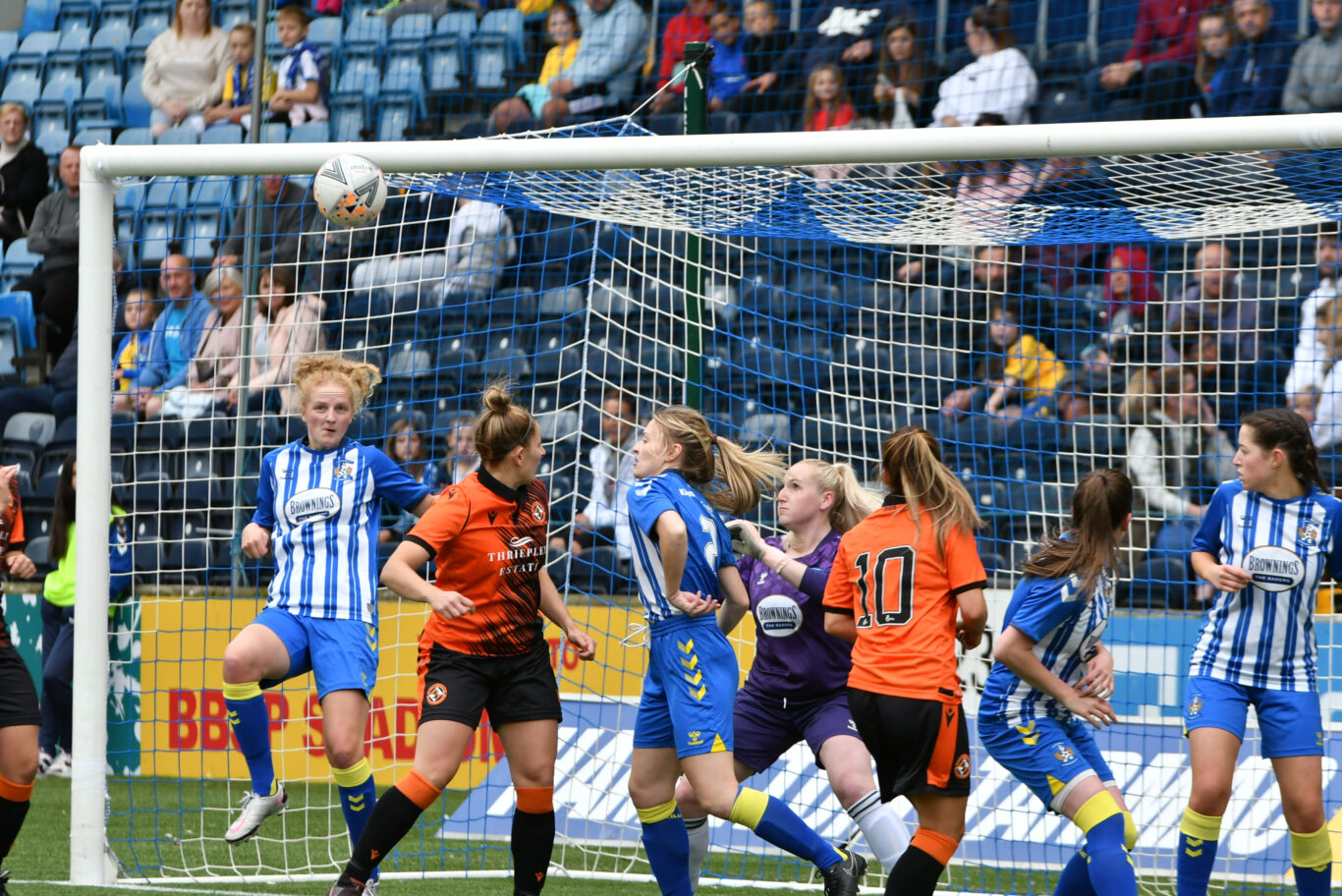 Killie’s wait for a first SWPL2 win of the season goes on after league leaders Dundee United claimed a 3-1 victory at Rugby Park.

United scored three times in the opening 11 minutes of the match to leave Killie with a mountain to climb.

Cassie Cowper got the opener after five minutes before Robyn Smith volleyed in a second goal at the back post two minutes later.

Danni McGinley had space in the box to find the net with just 11 minutes on the clock as the visitors enjoyed another productive afternoon in Ayrshire.

A triple change for the hosts at the break saw Kirsty Munro, Joanne Paton and Kirsty O’Brien introduced into the game and Killie did claim a consolation goal through Shelley Campbell with seven minutes remaining.

Killie will be looking to claim those first precious points when we host bottom of the table Stirling University this Sunday (September 19).