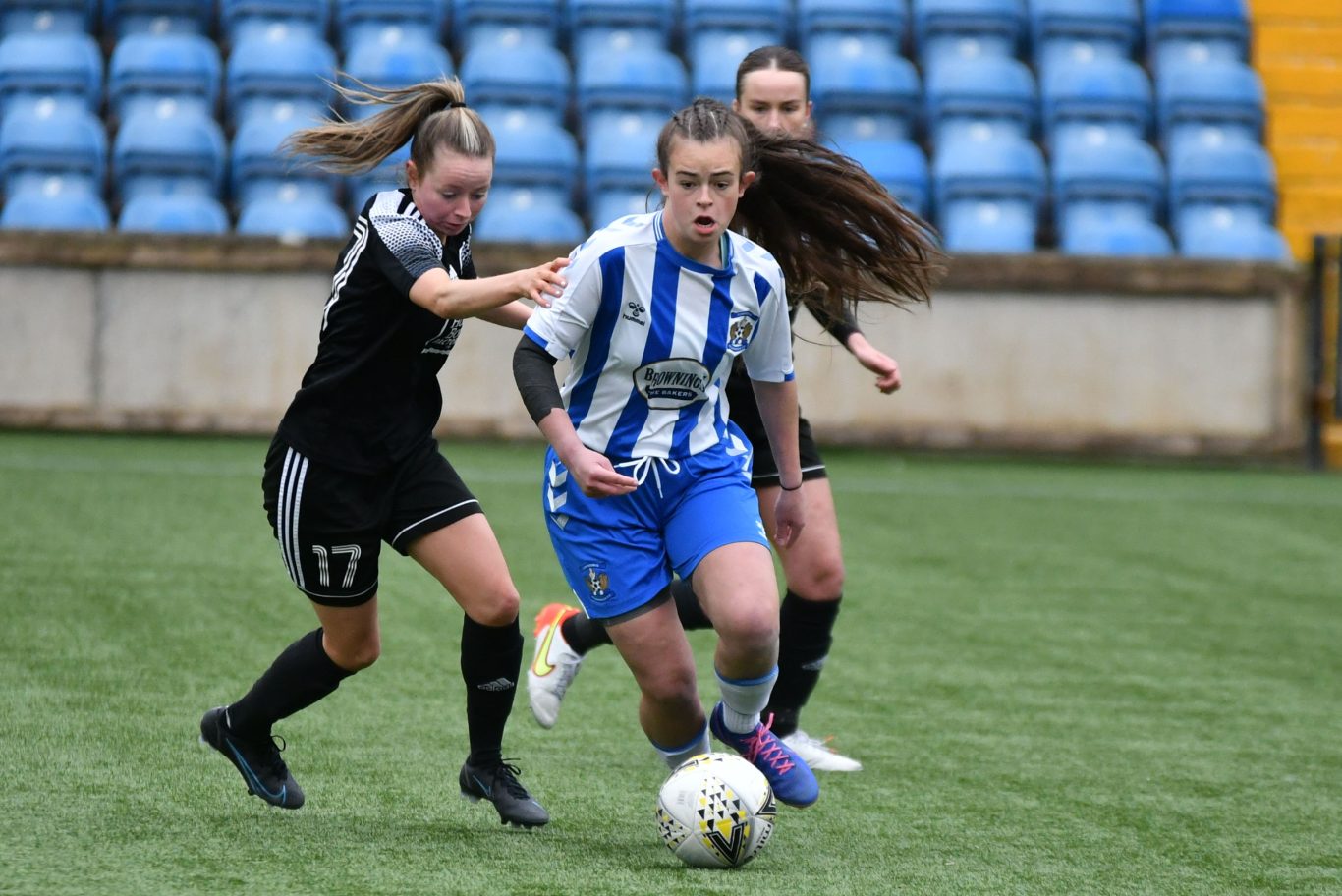 Killie’s hopes of SWPL2 promotion suffered a blow as Glasgow Girls ran out 3-0 winners at the BBSP Stadium, Rugby Park.

Both sides traded chances in the first 45′ with Abby Robinson going close and Kirsty O’Brien striking the post.

Cara Henderson gave Glasgow the lead on the hour mark and the visitors doubled that advantage minutes later as Sophie McGoldrick found the net.

Alex Middleton saw her free kick go over the bar as Killie tried to find a way back but as they pushed for a goal in the closing stages, Glasgow made the game safe as McGoldrick grabbed her second of the match.

The result leaves Killie 10 points behind third place Glasgow and 11 away from Boroughmuir Thistle, who occupy the second promotion place.