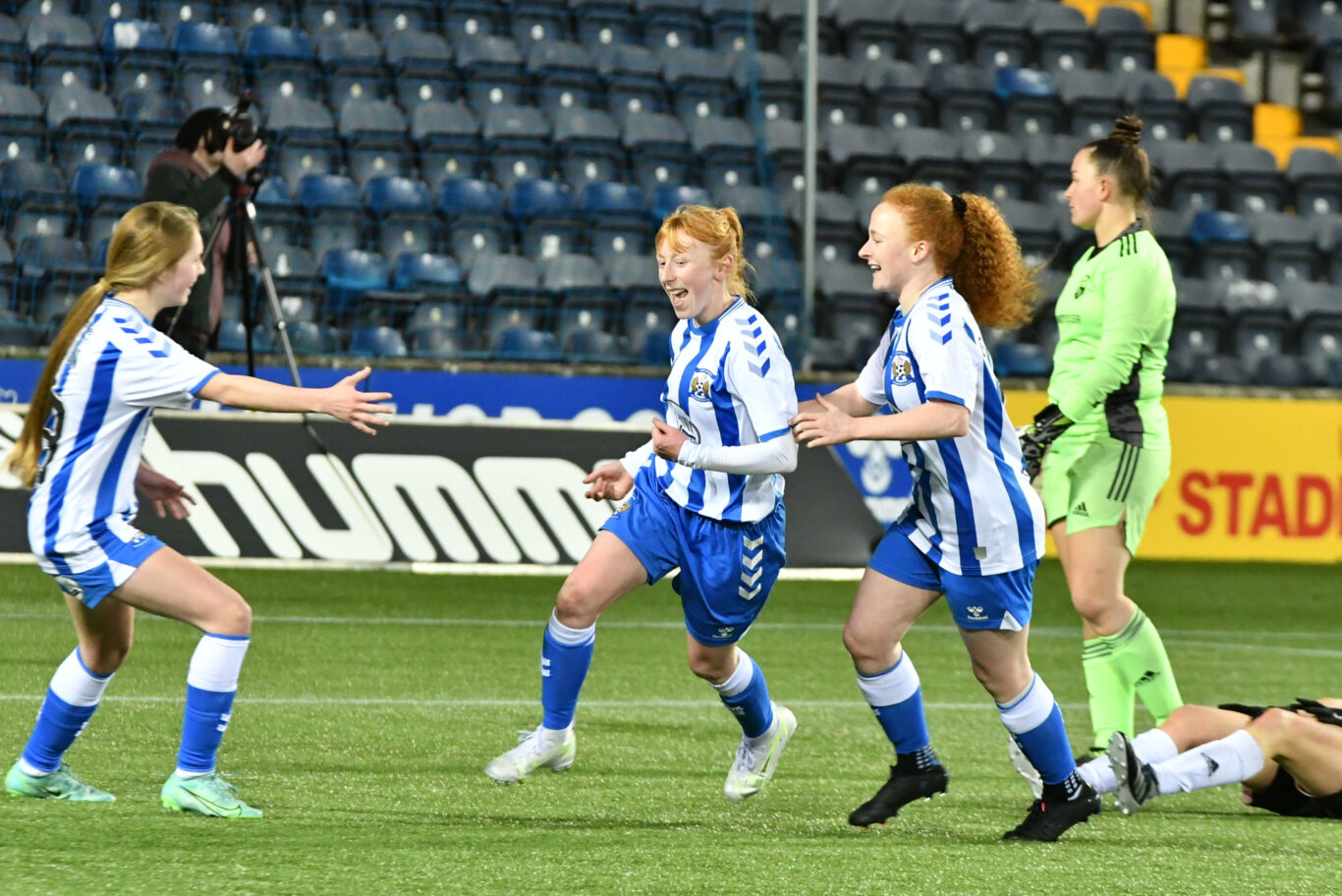 Kilmarnock fought back from a two-goal deficit to earn a battling 2-2 draw with fellow SWPL2 promotion challengers Glasgow Women at Rugby Park.

Andy Gardner’s team were 1-0 down after four minutes and then going further behind after 20 minutes before launching a superb comeback.

Shelley Campbell’s free kicks have so often been a real goal threat for Killie and so it proved once again as she found the net after 24 minutes.

And they were level after 32 minutes as Lisa Swanson played in Abby Robinson, who provided the perfect finish.

Amy Burrows came close to putting Killie ahead with a header before the interval and would prove to be an eventful second half for the defender.

As both sides battled to find a winning goal, Killie’s Burrows was given her marching orders with nine minutes left to play and her team-mates ensured they would hold what they had to remain third in the table.