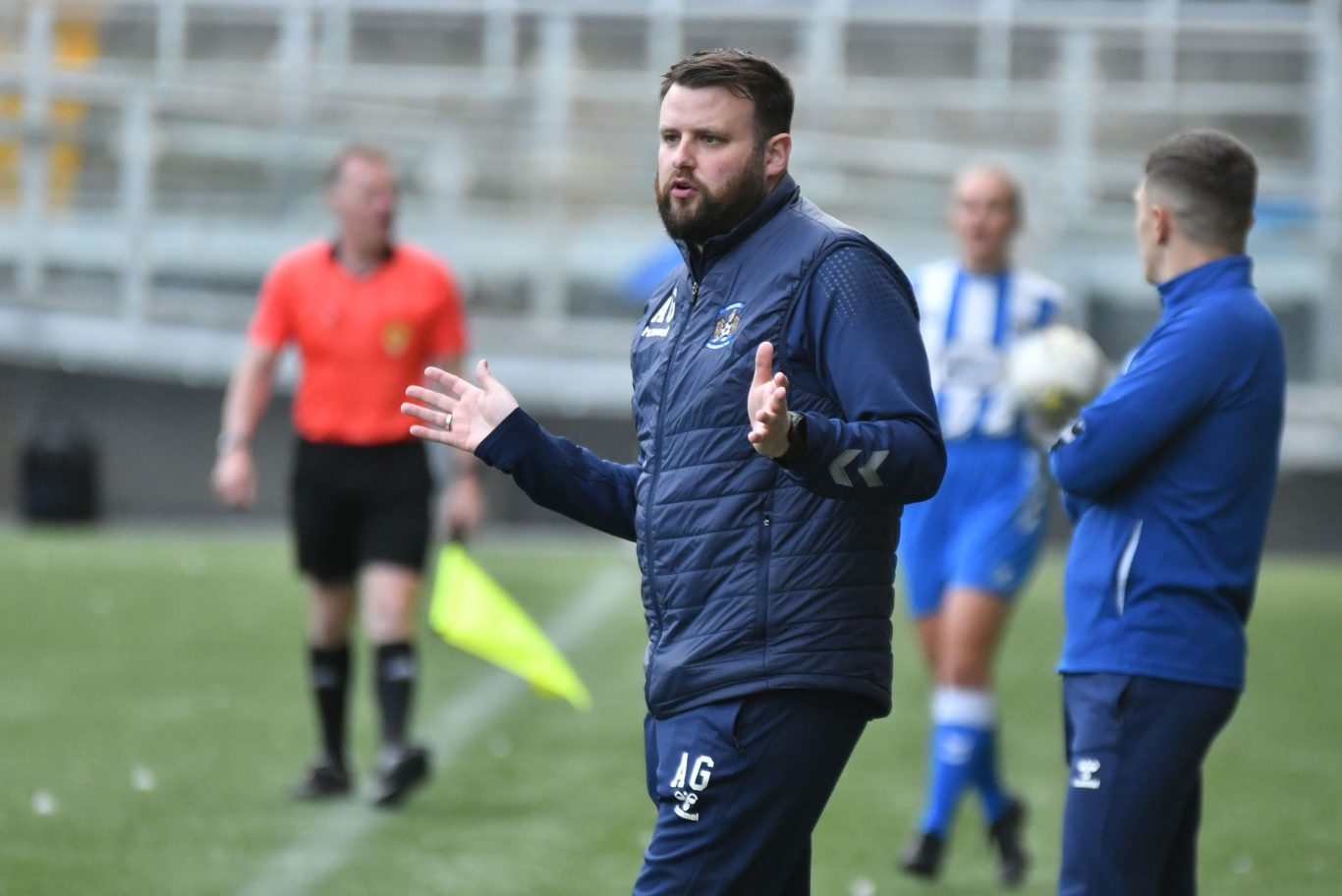 As he departs Killie following the conclusion of the 2021/22 SWPL2 season, manager Andy Gardner has expressed his gratitude for his time in the Rugby Park hotseat.

Andy arrived in Ayrshire in February 2020 and led our women’s team for two full campaigns, including the 2020/21 season, which was largely disrupted due to the Coronavirus pandemic.

After taking charge of the team for the final time in Sunday’s season closing 4-0 win at Stirling University, Andy reflected on his time in charge.

Andy said: “I would like to thank all the players, staff and board members for allowing me the opportunity to be a part of Kilmarnock Football Club and I wish them all the best for the future.

“I would also like to thank everyone who came and supported us over the past few years.

“I came in two years ago with a plan and a vision for my team and in that time, through some very challenging circumstances, I feel I have been able to create a  positive environment for the players and produce some great performances, including guiding the club to the quarter-finals of the Scottish Cup.

“In football it can be difficult to get all the time you want to achieve your goals and I have to accept that. I have enjoyed working closely with the players, coaches, the Killie Trust as well as Karen Castello, Gregg McEwan and James Fowler.”

We thank Andy for his effort and dedication during his time with Kilmarnock.