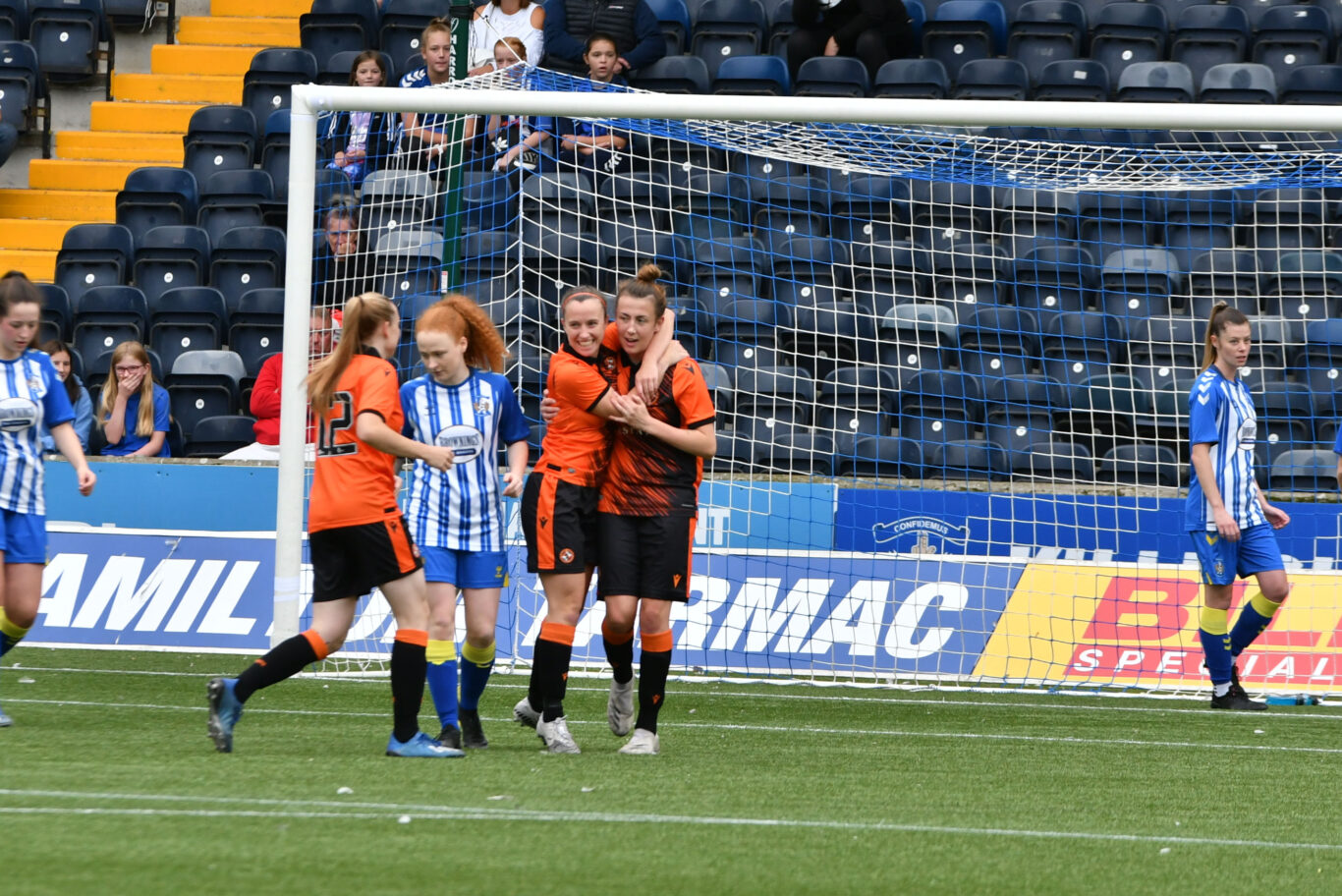 A second-half flurry saw Andy Gardner’s team battle back from a two-goal deficit only for United to reply with a brace of their own to progress to the last eight of the competition.

The visitors made a strong start with Tammy Harkin setting up Jade McLaren to head home the opening goal after only four minutes.

Killie were under the cosh and it was only poor finishing that stopped United going further ahead. Danni McGinley was presented with the perfect opportunity from the penalty spot but she blazed her kick over the bar.

It would be 2-0 before the half hour mark as Rachel Todd found the corner of the net after Killie had missed opportunities to draw level.

The manager’s half time team talk certainly proved effective as Killie made a blistering start to the second period.

Captain Laura McLaughlin led by example, pulling one back after 49 minutes to the delight of the home fans allowed back in to watch the team.

And they were given even more to cheer eight minutes later as Shelley Campbell drew us level.

The momentum appeared to be with Killie as United’s opening goalscorer McLaren was shown a red card but minutes later and the Terrors had re-established an advantage with Harkin the scorer.

McGinley made amends for her earlier penalty miss with United’s fourth after 78 minutes to ensure they would take their place in the next round as Killie prepare for the start of our SWPL2 campaign.