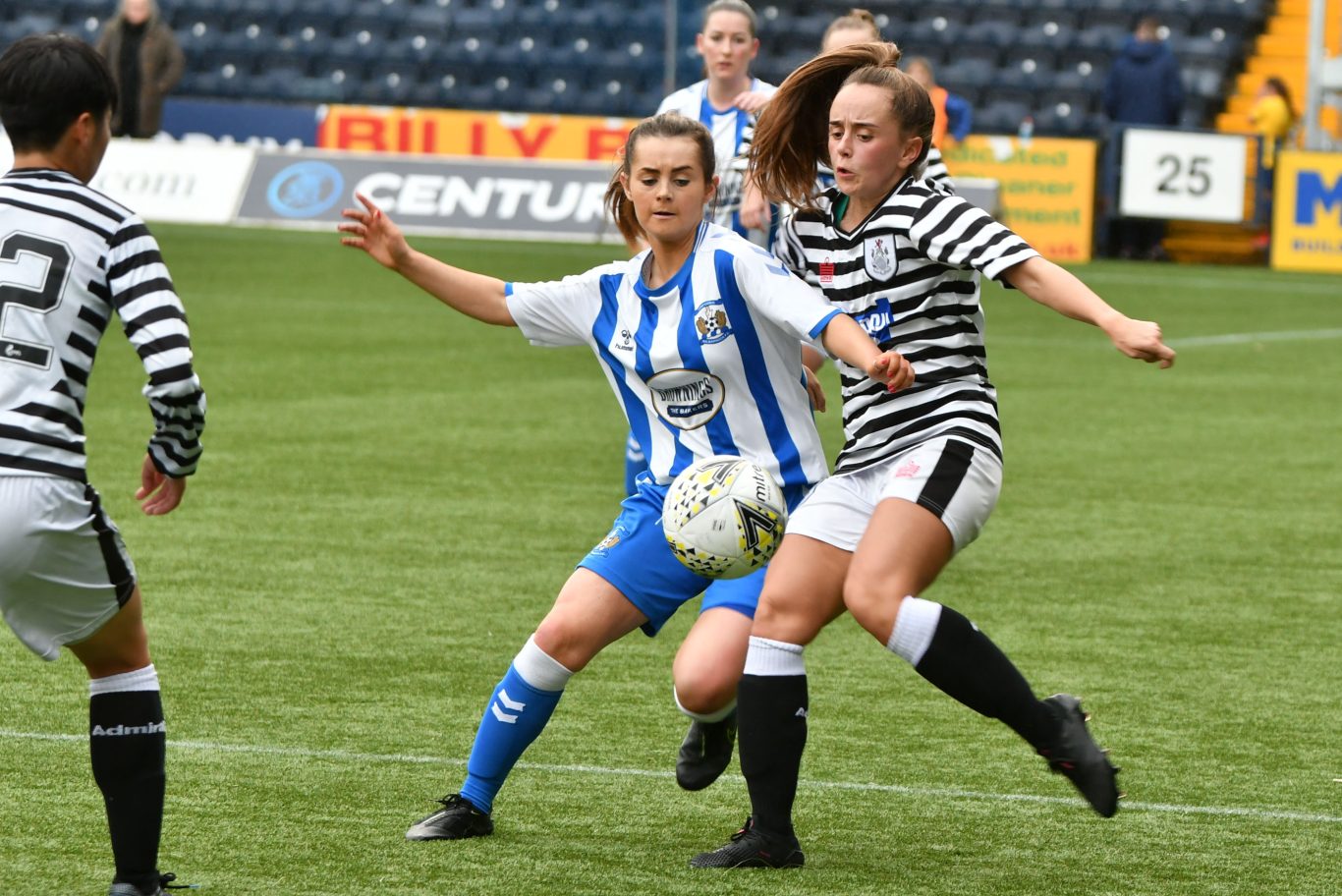 Kilmarnock suffered late heartache in SWPL2 as Queen’s Park scored late on to snatch a 2-2 draw at New Tinto Park.

Goals from Monica Harty and Alex Middleton looked to have put Killie on course for an important three points before an 89th-minute equaliser dashed their dreams.

Harty continued her fine form this season, opening the scoring on 29 minutes with a well placed strike past Sarah Rhind in the home goal.

Queen’s Park drew level right before the hour mark but they were soon down to ten men as Killie won a penalty on 71 minutes.

Alex Middleton was forced to take the kick three times but she kept her cool to find the net and give Andy Gardner’s team the lead once more.

In an eventful game, Middleton was then sent off for a second yellow before the home side found a way back into the match.

Queen’s Park were awarded a spot kick with a minute to go and they scored to the dismay of all in blue and white.