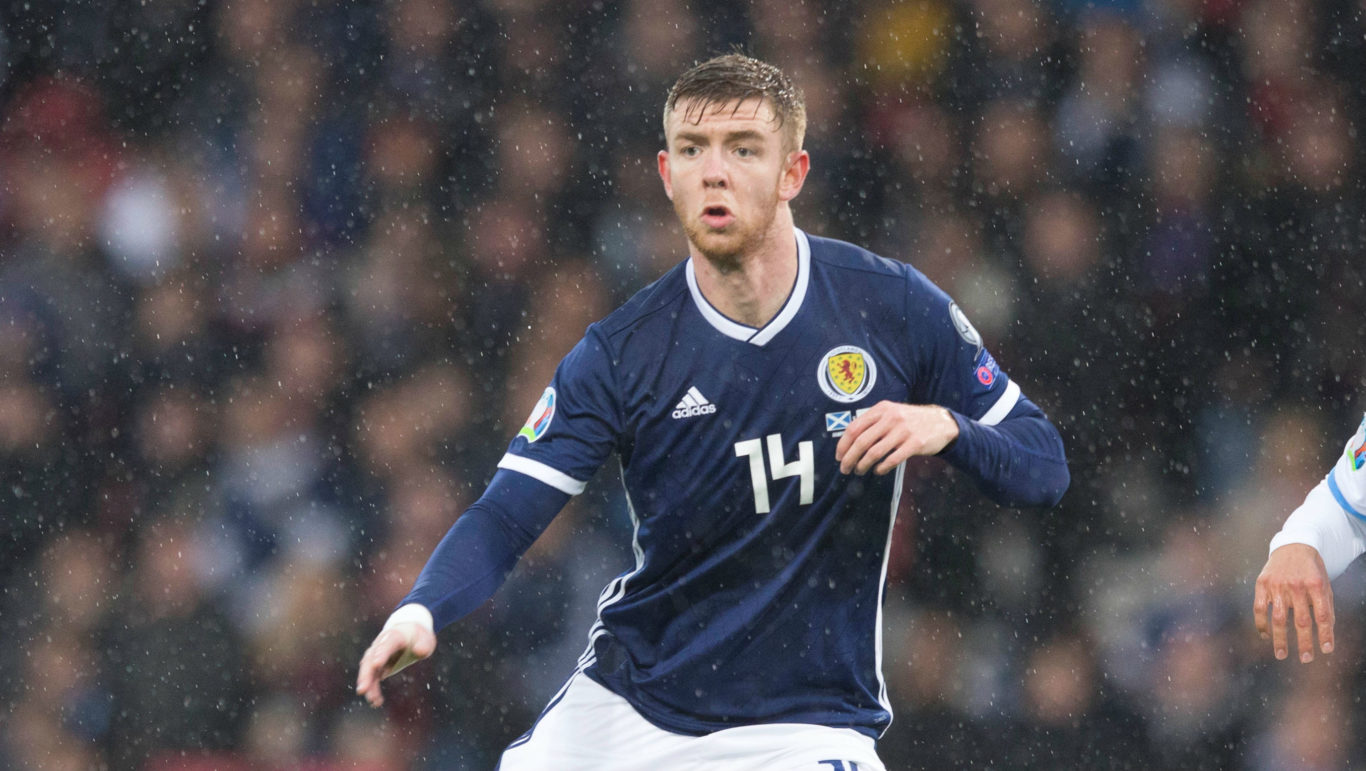 Stuart Findlay became the first Kilmarnock player to score an international goal for Scotland in 50 years as he enjoyed a debut to remember against San Marino.

The Killie centre back was selected for his debut by manager Steve Clarke and he didn’t disappoint, finding the net in a 6-0 rout at a wet and wild Hampden Park.

Findlay set up John McGinn for Scotland’s third goal as the Aston Villa man completed his hat-trick just before the interval and more was to come as Findlay headed home the team’s fifth goal of the game.

It was a moment of pure joy and in doing so, he became the first Killie player to score for the senior national team since Tommy McLean in a 5-3 win over Wales in Wrexham in May 1969.

Alex Higgins, our first-ever capped player, scored four goals in an 8-2 win over Ireland in 1885.

Congratulations to Stuart on his fantastic Scotland debut and let’s hope it is the first of many more appearances to come.